In his racing days, Misternando was a real trouper for Mick Channon’s stable. Though not out of the top drawer, he was nevertheless tough and game, as his ten runs from 23 starts testify.

Best of those victories was his triumph in the two-mile Listed Willie Park Trophy Stakes at Musselburgh in 2003, and he gained further black type on his final start, when third in the Goodwood Cup.

By Hernando, a stallion famed for siring offspring as versatile as they are durable, Misternando is out of the good hurdler Mistinguett, who won the Grade 1 Cleeve Hurdle for Nigel Twiston-Davies in the colours of John Duggan.

Twiston-Davies has also enjoyed success with three of Mistinguett’s progeny – the Grade 2 Rendlesham Hurdle runner-up and five-time winner Mistanoora (by Topanoora), his half-brother Rimsky (Silver Patriarch), who won four races including the Grade 2 Persian War Novices’ Hurdle back in 2005, and Misternando’s full-sister Dolly Penrose, who won twice on the Flat for Channon before switching stables and scoring over hurdles.

With such close links to the family, it’s no surprise that Twiston-Davies took an interest in Misternando’s young son Master Of The Sea. Now six, he went through the ring as a foal at Tattersalls Ireland in 2007 and was bought by Highflyer Bloodstock for €17,000.

Having made one placed start in a bumper for a partnership which included the trainer, Twiston-Davies then bought out his fellow owners when the horse was reoffered at Brightwells’ Cheltenham Sale in November 20111, eventually retaining him for £46,000.

That was certainly a wise move as Master Of The Sea has won his last three starts – his only three outings of the season – most recently defying a 15lb rise in the weights to score readily at Wincanton on January 17. He was the first and remains the only winner from just seven runners under rules for his sire, who stands at Knockboy House Stud in Ireland. 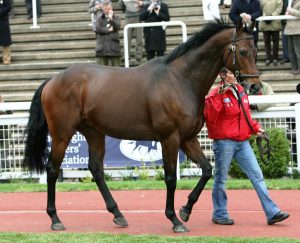 Up Next
First winner for Leger winner Lucarno