The National Hunt programme for mares has received a boost with the news that the BHA, supported by the TBA and the Levy Board, has increased the number of races open solely to fillies and mares by 25% between October and December 2012. 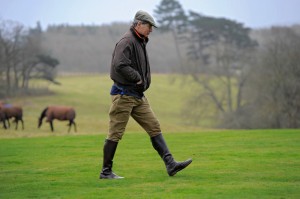 During the first three months of the winter jumping season, there will be 84 mares’ races, compared to 67 for the corresponding period in 2011. Throughout the entire 2012/13 season an additional seven Listed class opportunities for mares – all novice hurdles – will be run, taking the total of mares’ black-type races for the season to 22.

“With the recent downturn in the economic climate placing ever more pressure on the breeding industry and with the horse population continuing to fall, National Hunt breeders are concerned over the lack of a commercial market for filly foals and many are simply not being registered,” said Stuart Middleton, Manager of the BHA’s racing department.

“A falling mares’ population could have a significant impact on the breeding industry further down the line and for that reason it is important that any initiatives which can be introduced from a race-planning perspective are supported.”

Since the introduction of three Listed and three Grade 2 National Hunt contests in the 2007/08 season, the issue of developing a proper programme for mares has been high on the TBA’s agenda, with its National Hunt Committee calling for greater opportunities for mares on the racecourse as an integral part of its recently launched Elite National Hunt Mares Incentive Scheme.

National Hunt Committee Chairman Robert Waley-Cohen, who has enjoyed success over jumps with mares such as Topham Chase winner Liberthine and the Grade 2 winners Makounji (the dam of Roulez Cool), Perle De Puce and Shatabdi, welcomed the support from the BHA’s race-planning department.

He said: “It is important for the whole industry that mares are proven on the racecourse before we breed from them, so it is a great step forward to have these new opportunities.

“I particularly welcome seven new Listed novice hurdles as, until the TBA sponsored one in April, there were none for fillies only.

“Having these races will boost the value of fillies and the TBA is delighted to be sponsoring two Listed novice hurdles for fillies.”

Trainer Alan King, who sent out Call Me A Star to win a Listed bumper at Sandown last season for owner/breeders David and Kathleen Holmes, is also in favour of extending the mares’ programme. “We’ve always supported the mares’ races and anything to improve the series has to be a help. It’s a good step in the right direction,” he said.

“Of course it’s worrying for people who breed a filly and many of our fillies and mares in training have been sent to us by owner/breeders, so to have better races for them gives the owners a lot of encouragement.”

Up Next
Number of registered foals continues to fall