Failing course to be ‘York of the south’
Stories

A Prix de l’Arc de Triomphe is seemingly at the top of Japanese racing’s ‘most wanted’ list, with several potent challenges in recent years all having resulted in agonising defeats.

However, many in Tokyo on Sunday must surely have been left feeling that that omission will be put right in 2015, so impressively did the Katsuhiko Sumii-trained four-year-old Epiphaneia win the Japan Cup, beating a top-class field stuffed full of proven international performers.

Like so many of Japan’s best horses, Epiphaneia is bred in the purple. His dam Cesario won the Japanese Oaks in 2005 as well as posting a landmark international triumph when landing the Grade 1 Hollywood Oaks later that year in California. His sire Symboli Kris S was Japan’s Horse of the Year in both 2002 and 2003, in both of which years the US-bred son of the Roberto stallion Kris S was placed third in the Japan Cup.

Now Epiphaneia has gone two places better than his father in the Japan Cup – and he did so in magnificent style. Racing close to the pace throughout under Christophe Soumillon (who was riding him for the first time) Epiphaneia still looked to be pulling double rounding the home turn. Appearances were not deceptive, and when Soumillon gave him his head he put the race straight to bed, shooting to the front to gallop on strongly for a four-length victory.

Just A Way, brilliant winner of the Dubai Duty Free in March, finished second, with two more horses with international form – Gentildonna and Harp Star – finishing fourth and fifth. The former, bidding to win the race for an unprecedented third time, was given every chance by Ryan Moore, but clearly is not as good as she used to be. The latter, winner of this year’s Japanese 1,000 Guineas, had been given too much to do when a fast-finishing sixth in this year’s Prix de l’Arc de Triomphe, and the same was probably true here, albeit to a lesser extent.

Best of the overseas raiders in the Japan Cup was the German challenger Ivanhowe, this year’s Grosser Preis von Baden winner. He ran a very good race to finish sixth, but there was a far less happy result for the challenger from the British Isles: last year’s Irish Derby hero Trading Leather came off the bridle early in the race and went amiss, being pulled up by Kevin Manning on the home turn. Tragically, he was found to have sustained severe injuries which meant that he had to be put down.

It is likely that Epiphaneia will now be trained with next year’s Prix de l’Arc de Triomphe in mind. He should find himself given every chance to cope with international travel: not only did his trainer Katsuhiko Sumii send out his dam Cesario to win the 2005 Hollywood Oaks, but he also saddled Delta Blues to land the 2006 Melbourne Cup.

If Epiphaniea can indeed win one of Europe’s greatest races, he will be following in the footsteps of his fifth dam Pia, successful in the Oaks in 1967. Pia’s best known descendant to date has been the top-class Ron Sheather-trained sprinter/miler Chief Singer, while other notable horses from the family include Distant View, Le Marmot, Winged Love and Kauto Star’s paternal grandsire Moulin. 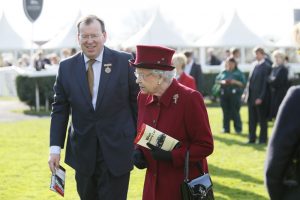 Up Next
Failing course to be ‘York of the south’