The Queen Mother Champion Chase lived up to its billing as a likely dramatic highlight of the Cheltenham Festival but not in the way envisaged with Energumene running out the wide-margin winner for Willie Mullins as the odds-on favourite Shishkin bombed out early on.

Run on heavy ground following a morning of torrential rain, the race was billed as a rematch of last month’s Clarence House Chase at Ascot, in which Shishkin had outbattled Energumene in a thrilling finish. However, Shishkin never jumped or travelled with any enthusiasm from an early stage on Wednesday and having put in another sticky jump over the eighth, jockey Nico de Boinville wisely called it a day.

Just moments later, the leader Chacun Pour Soi crashed out at the ninth, leaving last year’s winner Put The Kettle On in front. However, the pack were snapping at her heels, notably Energumene who was reaping the rewards of a patient ride from Paul Townend to travel strongly into contention from the back of the field.

The gelding swept into contention coming into the straight and with a pair of grand leaps over the final two fences sealing his advantage, strode clear for a near nine-length success.

Funambule Sivola contributed to a memorable day for the Venetia Williams team by staying on into second at 40/1, four-and-a-half lengths ahead of Envoi Allen in third. The 2020 winner Politologue, making his sixth appearance at the Festival, ran a fine race in fourth at 66/1 on what is likely to be his final start.

“He makes it look easy,” Townend told ITV Racing. “This guy deserved it. I probably rode about four different races on him and he still won.”

He added of the decision to ride his partner with patience: “He won on very heavy ground in Ireland so that didn’t worry us. Riding him prominently didn’t work at Ascot and anyway, our tactics went out the window early on. He was enjoying himself as well so I left him alone and just kept hold of him.” 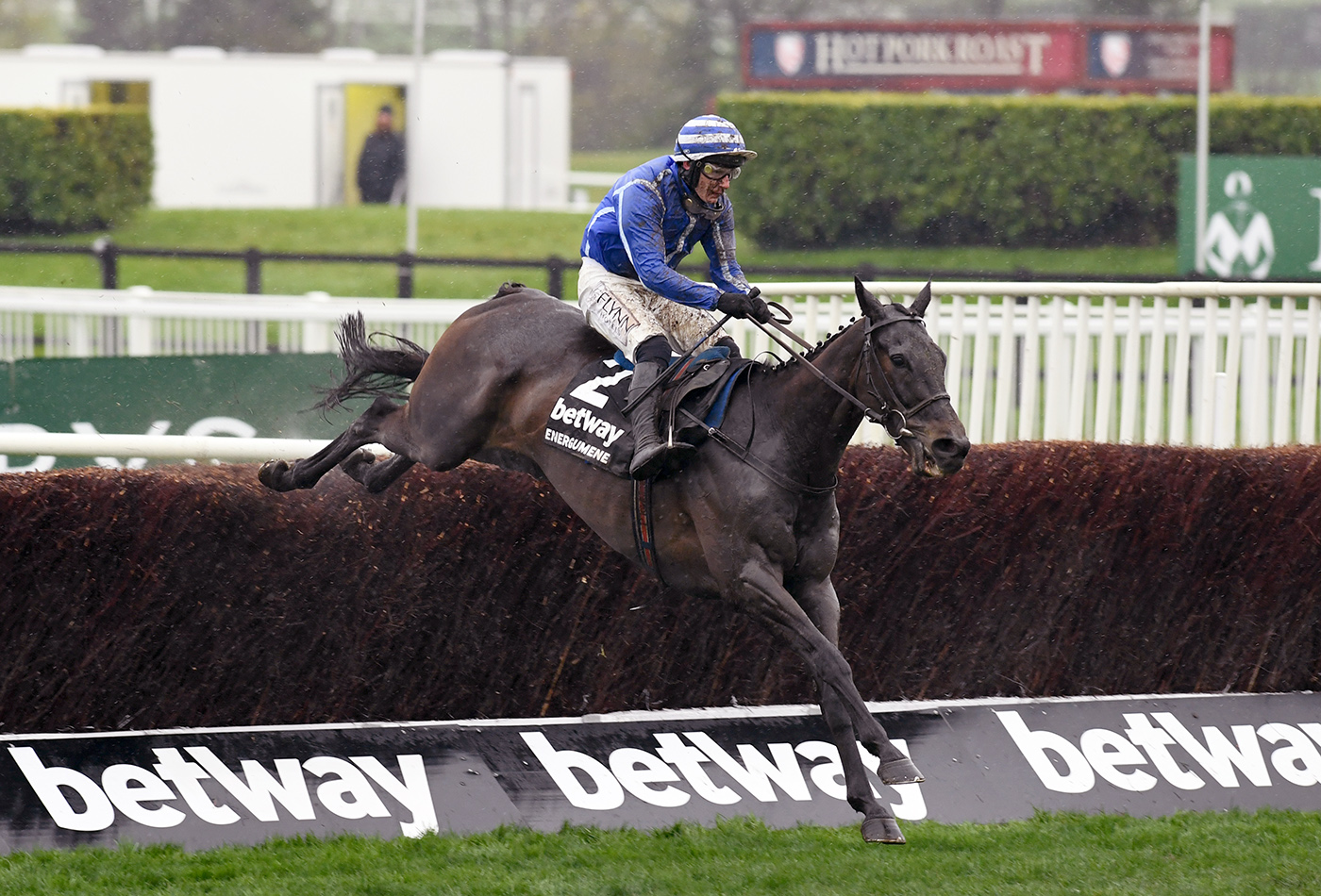 Having celebrated his 80th Festival success earlier on the card courtesy of Sir Gerhard, it was another landmark moment for Mullins with the victory providing him with a first score in the championship two-mile event.

“I’m delighted,” he said. “I’m disappointed for the Donnelly’s, Nicky Henderson and Nico de Boinville but you could clearly see early on that Shishkin wasn’t happy on the ground. And then for Chacun Pour Soi, who appeared to be going very well [when he fell] – I was feeling for Patrick [Mullins] and Rich [Ricci] as well.

“But then every time you looked back at Paul, he was just travelling so sweetly and you were hoping he wasn’t going to make a mistake. Paul played the safe game, going wide out of trouble, pulling him back and he just gave him a perfect ride.”

Now the winner of eight races, Energumene shares his sire Denham Red with another brilliant two-miler formerly trained by Willie Mullin in Un De Sceaux. He was bred by Christophe Dubourg in France out of the winning jumper Olinight, by April Night.

The Mullins team had had further cause to celebrate earlier in the afternoon as the yard’s Sir Gerhard extended his unbeaten run over hurdles with an impressive display in the Ballymore Novices’ Hurdle.

The easy winner of last year’s Champion Bumper, Sir Gerhard had made a bright start to his hurdling career when successful on his seasonal debut at Leopardstown at Christmas. The gelding had jumped well that day but he was slightly stickier next time out in the Tattersalls Ireland Novice Hurdle, albeit when still handing out a six-length beating to Three Stripe Life.

Connections made no secret that Sir Gerhard had been well schooled since then and that duly paid off on Wednesday as settled behind the leaders by Paul Townend, the gelding turned in a slick round of jumping from start to finish.

Journey With Me set an honest pace up front under Rachael Blackmore and was still travelling well within himself as the field headed down the hill. But by that stage, Sir Gerhard was breathing down his neck and unleashed by his jockey, he kicked into a clear lead rounding the home turn. Three Stripe Life did his best to close into the leader’s advantage as Journey With Me took a tired fall at the last but he could do no more than get to within four lengths of Sir Gerhard, who was arguably idling in front.

Celebrating his 80th winner at the Cheltenham Festival, Mullins told ITV Racing: “That’s a nice way to do it. Richard [Thompson of owner Cheveley Park Stud] got the full pleasure of it standing out on the wet lawn with the rain teeming down with his family – but what better way to witness a Cheltenham winner.

“Paul said that he grabbed the bit and he was keen – he felt he would drop in him a bit the next day over that trip. But he also felt that he had huge speed and he’s left us in the dilemma of going novice chasing next season or the Champion Hurdle route. It’s a nice problem.” 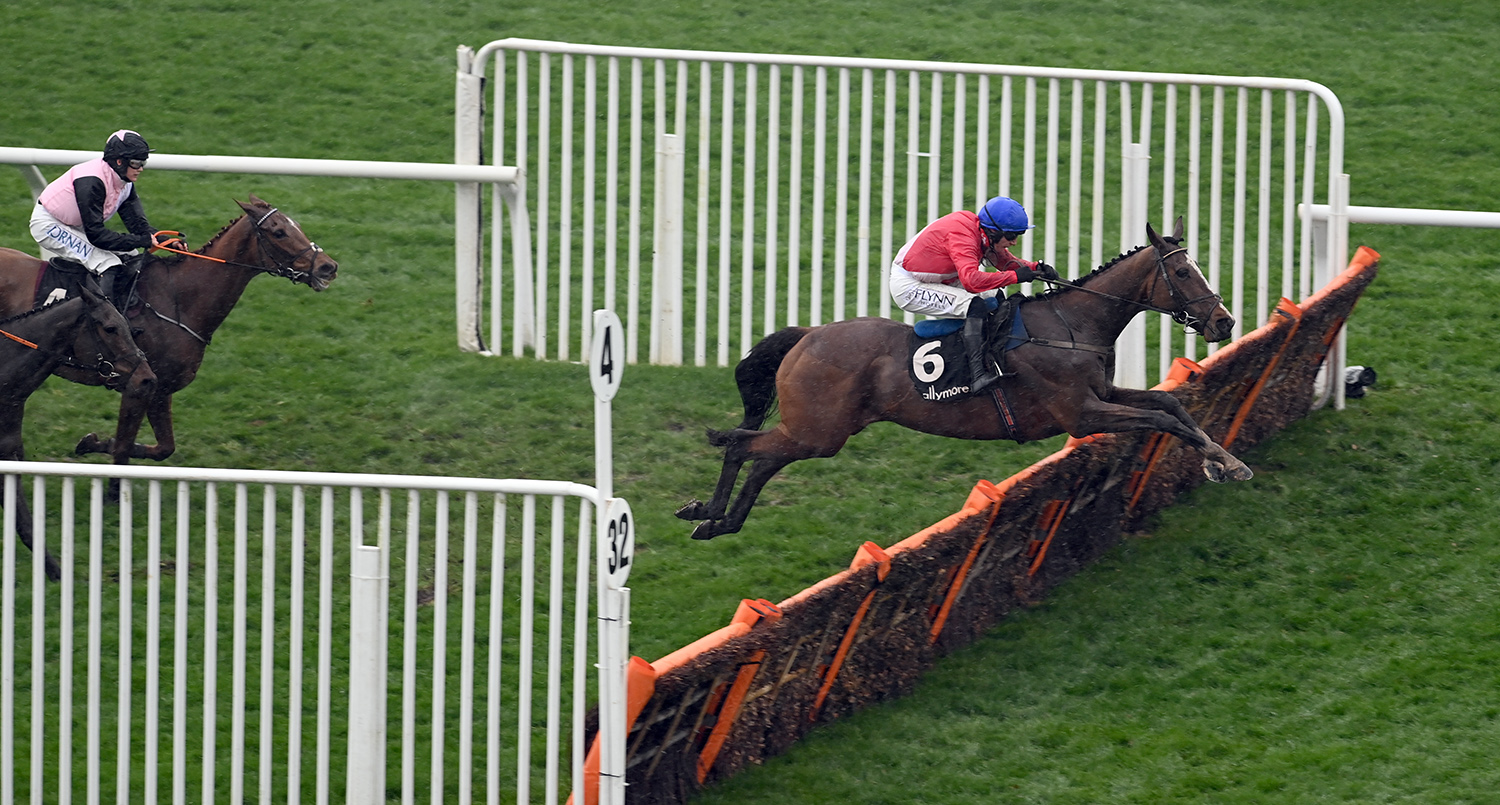 Sir Gerhard represents yet another reminder of the loss of his sire Jeremy to the jumps game. The son of Danehill Dancer, who was also responsible for Tuesday’s Ultima Handicap Chase winner Corach Rambler, died aged only 11 in his second season at Garryrichard Stud. Sir Gerhard, who was bred by Keatingstown Bloodstock out of the winning Authorized mare Fanaan Aldar, hails from his second and final jumps-bred crop.

Thankfully, there are two sons of Jeremy available to National Hunt breeders in Ireland in Success Days, who stands at Kilbarry Lodge Stud, and Kool Kompany, who is new to Clongiffen Stud this season.

The race lost some of its lustre following the late withdrawals of Bravemansgame and Fury Road as the rain got into the ground. Such conditions didn’t bother L’Homme Presse, however, as content to press the early leader Ahoy Senor before taking it up midway through the race, he jumped from fence to fence under Charlie Deutsch and having asserted down the hill second time round, always had enough in reserve to win well with ears pricked.

Ahoy Senor was let down at times by his jumping, with a bad error three out seemingly erasing any chance he had. However, under an animated Derek Fox, he threw down a renewed challenge in the closing stages and it is to his credit that the strapping gelding got to within three-and-a-half lengths adrift of the winner in second. Gaillard Du Mesnil was another length-and-three-quarters away in third.

“Every time I ride this horse, he makes it so easy for me,” Deutsch told ITV Racing. “He travels easily, jumps well and then he was just having a look around coming to the line. It was his first time over the trip on soft ground but he just felt comfortable the whole way.

“Venetia has done a wonderful job handling this horse and the owner Andrew [Edwards] is so easy, he leaves it to you. It’s an absolute dream.”

The performance is the highlight of an unbeaten novice campaign for L’Homme Presse, one that has taken in five wins from as many starts including the Scilly Isles Novices’ Chase.

“L’Homme Presse has been absolutely fantastic,” said Williams. “This rain has made it soft ground but not tiring ground. What a fabulous ride Charlie gave him, he did everything right. He took up the running when he needed to. We can dream about anything now.”

The gelding is a son of Kilbarry Lodge Stud’s Diamond Boy, who switched from France to Ireland in 2018, and was bred in France by Bernard Camp out of the winning jumper Romance Turgot, by Bateau Rouge. 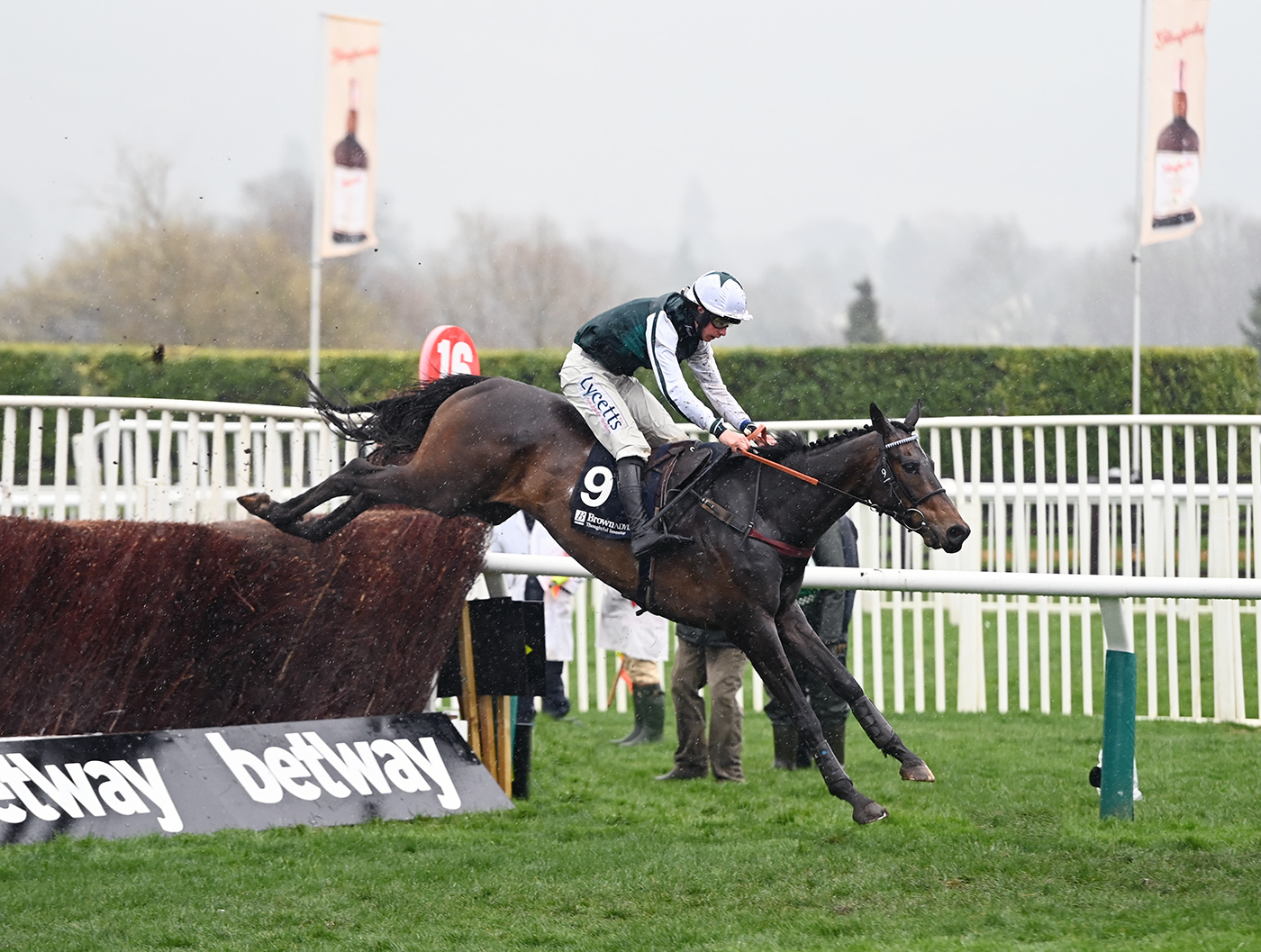 There was no fairytale ending for Tiger Roll in the Glenfarclas Chase, although the popular 12-year-old gave it his best shot, finding only his stablemate Delta Work too good in the cross-country contest.

Despite not being at home in the heavy conditions, Tiger Roll travelled near the front end with his usual Cheltenham zest. A great roar from the crowd went up when he hit the front at the 25th and indeed, he looked to be in control heading towards the final flight. However, Delta Work wasn’t far behind and galvanised by Jack Kennedy, the younger horse wore down the leader for a three-quarter of a length success. The pair pulled 21 lengths clear of the third Plan Of Attack.

Tiger Roll retires as the winner of 13 of his 44 starts capped by his two wins in the Grand National. 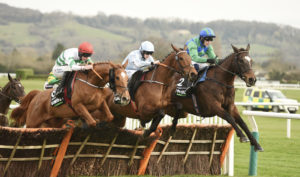 Up Next
Magnificent mare Honeysuckle captures her second Champion Hurdle