Hats off to Hatta
Stories

The David Griffiths-trained Duke Of Firenze is on track to compete in his fourth Investec Dash, a race he won in 2013

Now with his third trainer, sprinter Duke Of Firenze is firmly en-route for his bid to regain his crown in one of the world’s fastest five furlong races, the Investec Dash.

Winner of the 2013 renewal when trained by Sir Michael Stoute, the eight-year-old was last seen at York’s Dante meeting when running out a neck winner of a competitive five furlong handicap on soft ground.

At Chester’s May meeting six days earlier he appeared to be somewhat of an unlucky loser after encountering trouble in running under regular rider David Allan.

The son of Pivotal, now on a career-high mark, has thrived since he joining David Griffiths’ South Yorkshire yard last March.

His third stint in the Epsom Dash 12 months ago, the first for Griffiths, saw him fly home late to finish a close third behind another race regular Caspian Prince.

“He’s well after York, he came out of the race real good,” said Griffiths.

“I was very impressed with him. I’ve watched it back a few times, on that ground with the weight it was quite a performance.”

Bred by Cheveley Park Stud, Duke Of Firenze is exceptionally well-bred being out of the operations Group 1-winning miler Nannina who was trained by John Gosden.

A seven-time winner from 40 career starts, the gelding will be hoping to make it an eighth win and a second Dash success on Saturday.

We’ve just kept him ticking along

Griffiths added: “We’ve just kept him ticking along since York. He did a bit of work on Wednesday morning and is in really good form.

“We’ve got a good draw in 12, we need a bit of luck in running but the ground has come right for us and we are very hopeful.”

He currently heads the betting alongside 2015 winner Desert Law at around 7/1. 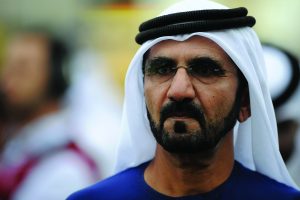 Up Next
Hats off to Hatta