Star in the making
Stories

Cheveley Park sires to the fore at Meydan

With turf racing in Europe on the cusp of swinging back into action, there was plenty of pre-season cheer for Newmarket’s Cheveley Park Stud with three of its stallions siring Group winners on Meydan’s Super Saturday card.

Group 1 honours went to Capponi in round three of the Al Maktoum Challenge. The five-year-old son of Medicean was bred by Darley and is trained by Mahmood Al Zarooni. He is out of Nawaiet, by Zilzal, who has also produced the Norfolk Stakes-placed Skywards and Listed-placed Higher Court.

Earlier on the card, the Fawzi Nass-trained Krypton Factor had streaked to victory in this year’s Mahab Al Shimaal and he has strong Cheveley Park influences on both sides of his pedigree being inbred 3 x 2 to Polar Falcon. The four-year-old is by Kyllachy out of Lady Fairhaven’s homebred Listed winner Cool Question.

Not to be outdone by his younger stud-mates, Cheveley Park’s flagship stallion and Kyllachy’s sire Pivotal was also represented among the winners with another Darley-bred, African Story, winning the Group 3 Burj Nahaar Stakes by four lengths under Frankie Dettori. Trained in France last year by Andre Fabre before being switched to Saeed bin Suroor’s stable, he was placed three times at Group level but in recording his first black-type victory he became the 100th stakes winner for Pivotal. 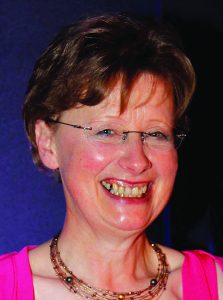 Up Next
Star in the making