Star in the making

Five-year-old Call Me A Star romped to her second victory in just three starts on Saturday, gaining valuable black type in the process in the DBS/EBF-sponsored Listed mares’ bumper at Sandown.

Running in the colours of Kathleen Holmes, she was bred by Kathleen and her husband David of Pitchall Farm Stud in Warwickshire, which is also home to Call Me A Star’s sire Midnight Legend. Last season’s leading National Hunt sire in Britain, he was also responsible for the third mare home at Sandown, Eleven Fifty Nine.

Call Me A Star’s full-sister Call Me A Legend, now eight, was last seen running fifth to yet another of Midnight Legend’s good performers, Holmwood Legend, in the Byrne Group Plate at last year’s Cheltenham Festival. She too was awarded black type for her placed finish in the Listed mares’ bumper at Aintree in 2008, with her six wins coming in bumpers, hurdle races and chases.

Another full-sibling, the seven year-old mare Call At Midnight has won four races, including a handicap chase at Huntingdon in November. Their dam is the Kind Of Hush mare Second Call, who has produced six winners from her seven runners.

David and Kathleen Holmes will have plenty to cheer home at Cheltenham this week as Midnight Legend is represented by Midnight Chase in the Gold Cup, Holmwood Legend and Aimigayle in the Byrne Group Plate, along with Bally Legend, Midnight Appeal, Strongbows Legend and Sunny Legend. 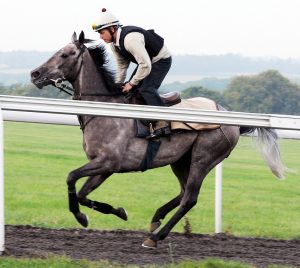 Up Next
European imports excel at Flemington