Change to be applied to Plus 10

Bonuses will be limited to one per horse in 2017

The Plus 10 Committee, headed by Chairman Julian Richmond-Watson, has revealed its intention to limit the amount of bonuses a horse can get in an attempt to secure the future of the scheme.

Only recently, the Plus 10 bonus scheme broke through the £8 million mark in terms of bonuses offered.

The move, which will result in horses only able to get one bonus, has been made to pre-empt the likely increase in the number of qualifying races and the impact of an increased number of novices races for two-year-olds.

Stakeholders are unlikely to feel any effect given that only six per cent of 759 horses which have won a bonus since 2015 have gone on to claim a second or third bonus.

The BHA’s racing team have reported that the field sizes of races which feature a Plus 10 bonus outperform equivalent races by five per cent.

“Plus 10 is achieving its aims of encouraging investment in bloodstock, stimulating racehorse ownership and incentivising owners to run their horses more often,” said Richmond-Watson.

He added: “Because of its success, we are introducing this small change which we consider to be the least impactful to all stakeholders in Plus 10, to ensure the scheme operates at a sustainable level in the future.

“While qualifying horses will no longer be able to win a second bonus, this is offset by improved opportunities to win as more races qualify for a bonus, thereby maintaining the broad scope of the scheme across two and three-year-old races, with large numbers of owners and breeders remaining beneficiaries.”

The policy will be subject to BHA Board and Rule Committee approval before coming into effect on April 1 next year.

BHA chief operating officer Richard Wayman said: “Plus 10 has proved very effective at significantly boosting returns to owners, contributing more than £8m in bonus payments over the past 20 months.

“It has also had a positive impact on the average field sizes of races within the scheme. The introduction of three-year-old races within Plus 10 was an important step earlier this year.” 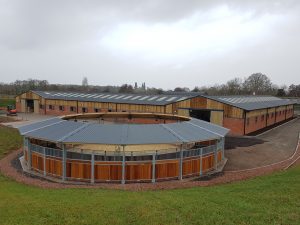 Up Next
Yard development boost for Dennis