Oisin Murphy has received a three-month ban from France Galop after testing positive for cocaine when riding at Chantilly on July 19.

The 25-year-old, who secured his second champion jockey title this year, is not planning to appeal the decision. Such violations usually carry a minimum disqualification period of six months but France Galop halved the penalty owing to the unusual circumstances in which the drug apparently entered the rider’s system.

Murphy’s ban runs from December 11 to March 11 and looks certain to be reciprocated by the BHA, in which case the jockey would be able to start riding again ahead of the 2021 Flat turf season.

Another jockey who has fallen foul of drug rules is Nathan Evans. The 23-year-old tested positive for cocaine earlier this year and has been banned from riding for six months. 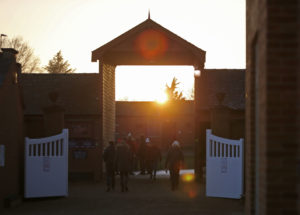 Up Next
Minzaal update pays dividends