William Buick’s eight-day ban that he picked up for a ride at Chelmsford last Thursday has been overturned with the BHA releasing a statement.

The Norwegian-born rider was partnering the John Gosden-trained newcomer Zillion in a Median Auction Maiden Stakes on 30 March at Chelmsford.

Sent off a 3/1 shot, the colt appeared to hang left in the straight finishing ten lengths behind the winner Itsakindamagic.

The steward’s then held an inquiry into the horse’s running with Buick explaining that the horse had hung badly left into the straight.

A post-race veterinary examination of Zillion revealed that he was lame and it was therefore concluded that Buick was in breach of Rule (D)45.3, as he failed to pull up the horse contrary to its welfare needs.

On review, the BHA did not believe there were reasonable submissions could be made to oppose the upholding of Buick’s appeal.

A statement released by the BHA, said: “The reports from the veterinary officer indicate that Mr Buick could not reasonably have been expected to be aware of a potential welfare issue that was materially affecting the performance of the horse and which would have placed a requirement on Mr Buick to pull up the horse.

“While we believe that the reasons for the decision taken by the stewards are understandable, the view of the BHA is that the ride was not in breach of the Rules.”

If the eight-dan ban had not been overturned, Buick would be in line to miss the Craven meeting in two weeks time and the valuable Good Friday fixtures.

The BHA statement added: “We are grateful for Mr Buick’s and the PJA’s understanding that on occasion it may become necessary to revisit a real-time stewarding decision, albeit one that was taken in good faith on the day and with the intention of maintaining public confidence in the integrity of our sport and equine welfare.

“Steps will be taken to ensure that we learn from this incident in terms of how similar matters are dealt with in future.” 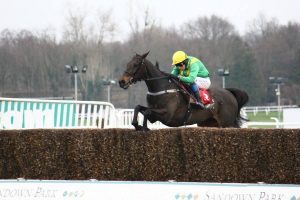 Up Next
Stan's the man