Leading bloodstock and racing figures gathered at the TBA Flat Awards Evening at Chippenham Park, near Newmarket, on July 16 to celebrate a year of success for British breeders.

David Brown of Furnace Mill Stud received the prestigious Andrew Devonshire Bronze in recognition of his outstanding contribution to the industry. Born in Walsall, Brown played 26 Test matches for England between 1965 and 1969 before establishing Furnace Mill Stud in 1976. Since then, the stud has been the source of a number of accomplished performers, among them King’s Stand Stakes winner Bolshoi.

Brown also served as Chairman of the British European Breeders Fund (BEBF) from 2004 to 2008, during which time a significant increase in BEBF funds was announced through a new deal with European partners.

Upon receiving the award, Brown was quick to pay credit to his wife Trish. “It’s been a joint effort,” he said. “We both work a lot in the yard. Trish has always had horses – it [moving into horses] was all down to Trish when we got married.”

Nick Wingfield-Derby, one of the most respected figures within the veterinary field, received the Dominion Award. Through his association with Rossdale and Partners, he has devoted nearly half a century to the pursuit of veterinary excellence that resulted in the publication of several important scientific papers, and led to him becoming a senior partner at the practice, where he remains a consultant.

Veterinary service to the Royal Studs, as well as other luminaries such as Highclere, led to his being made a Lieutenant, Royal Victorian Order in December 2014.

“I’ve been incredibly lucky to work in a wonderful practice with wonderful people, and most of all work for people who have become my friends,” he said.

“Too Darn Hot is a recent highlight. Simon Marsh [general manager at Watership Down Stud] knows the journey that we’ve been on and the result is spectacular.”

Too Darn Hot’s dam Dar Re Mi also had her turn in the limelight as Broodmare of the Year, for which her owners Watership Down Stud received the H.J. Joel Silver Salver. A multiple Group 1 winner herself, Dar Re Mi enjoyed an exceptional 2018, not just as the dam of European champion two-year-old Too Darn Hot but also St Leger runner-up Lah Ti Dar. The Singspiel mare is also dam of the most expensive yearling sold at auction last year, in a Dubawi colt bought for 3.5 million guineas by David Redvers at the Tattersalls October Sale. 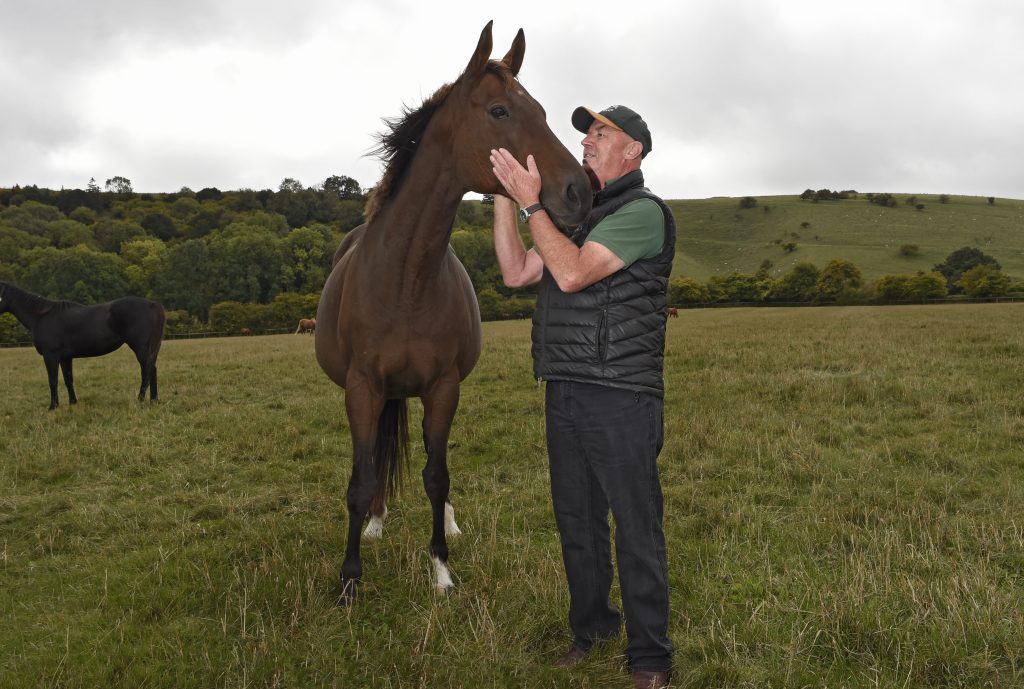 “It’s been a remarkable journey,” said Simon Marsh. “So many people have been involved in it from a very early stage. Terry Doherty [stud manager] has been with us since we started and without him and everyone else, we could never have done it all. We’re very lucky.”

Darley’s Dubawi also made his presence felt as winner of the BBA Silver Cigar Box and Barleythorpe Cup (sponsored by the British EBF), the latter for the sixth year in a row. His success was influential to the memorable season enjoyed by Godolphin, who were awarded the Queen’s Silver Cup for Leading Flat Breeder by earnings.

Wilby joined Juddmonte as a stud hand in 2004 before spells at Bloomsbury Stud and Lanwades Stud. He re-joined Juddmonte in September 2013, when he was appointed second man at Banstead Manor Stud.

Jeanette McCreery, representing the Stowell Hill Partners, collected the TBA Silver Rose Bowl for TBA Flat Breeder of the Year in recognition of their outstanding success with Coplow. The daughter of Manduro, who was bred by Stowell Hill Stud when McCreery’s late husband Bob was at the helm, produced last year’s 1,000 Guineas heroine Billesdon Brook.

The Langham Cup went to Gaie Johnson Houghton, owner and breeder of Queen Anne Stakes winner Accidental Agent. The son of Delegator is the latest high-flying member of a family that has been in Johnson Houghton ownership for five generations.

“The TBA celebrated what was a fantastic year for British breeders with a total of 48 Group/Grade 1 winners being produced in Great Britain last year,” said Claire Sheppard, Chief Executive of the TBA. “We have recognised a number of successful breeding operations and seen prizes won for victories around the globe, and from the progeny of smaller studs through to the major stallion farms.” 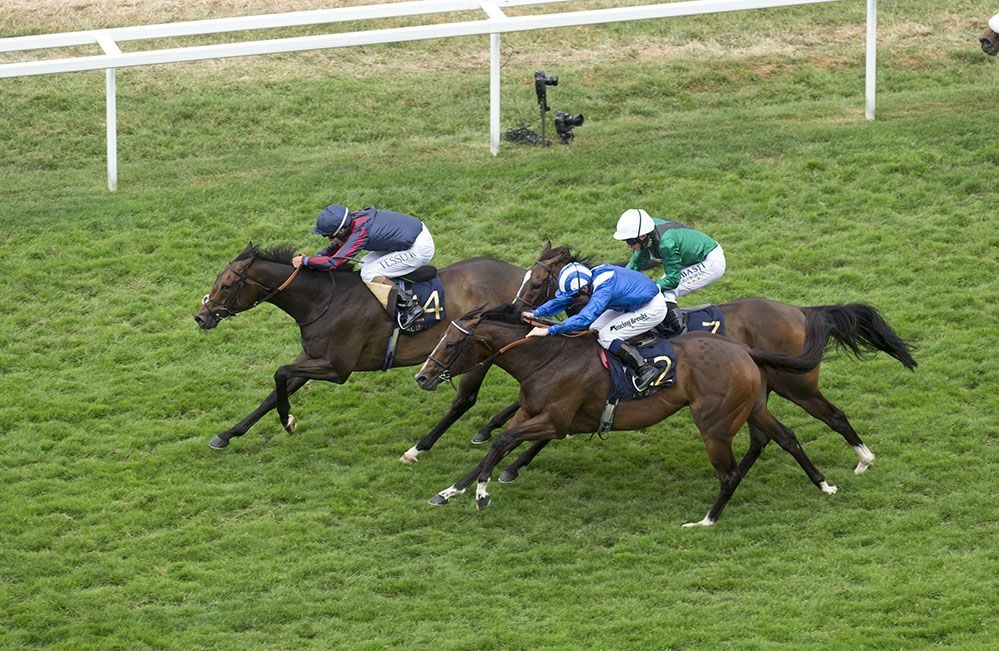 The awards evening was following by an insightful day at Tattersalls for the TBA AGM and Seminar.

In his AGM address, TBA Chairman Julian Richmond-Watson outlined a year of progress in key areas by the TBA, particularly in education.

“Education, veterinary research and training remain key focus for us,” he said. “The Entry To Stud Employment (E2SE) course which helps people to transfer from one career to another at the National Stud is expanding and the recent announcement of the Racing Foundation’s support for the next five years has been very welcome.”

Richmond-Watson also reported that a scheme aimed at assisting British breeders is on the cusp of being finalised.

“The Ecomonic Impact Study [conducted by Pricewaterhouse Coopers on behalf of the TBA last year] showed the precarious state of the British breeding industry, particularly the deteriorating position of the smaller breeder,” he said. “We have spent a considerable amount of time investigating how we could best support British breeders.

“A breeding strategy working group, made up of members from across the industry, has put forward a scheme which has the support of the BHA, horsemen and racecourses, and it has now received Levy Board approval for financing.”

He added of the initiative, which is currently known as the British Breeders Premium Scheme: “It’s centred on those who race fillies and mares and will cover both Flat and jumps racing. It’s an exciting scheme for British breeders but will still encourage the use of the gene pool in other countries to ensure the diversity of the breed.

“We’re just awaiting clearance from DCMS and hope to be able to launch it in the autumn.”

Up Next
Saratoga spa excellence