Some 200 miles north of Manhattan sits Saratoga Springs, New York. It’s an unlikely place for America’s most important race meeting. Historically a small resort town edging along the foothills of the Adirondacks and known for its mineral baths, Saratoga isn’t really near anything. The closest population centre, Albany, is a fraction the size of its downstate cousin, and summers there can be brutally hot and humid. But charm can still win out over convenience, and since Saratoga racecourse opened its doors in 1863, the track known simply as the Spa has become the most consequential showcase of racing in the country.

If the track can stake that claim, the Fasig-Tipton Saratoga Sale, then, can boast of being the most consequential boutique sale in the US, and certainly the chicest. Every year on the first Monday in August, patrons leave the races a bit early, take an early dinner or drink and make the short trip across Union Avenue for the first of two nights of selling at Saratoga.

“It’s unlike anything else,” said prominent owner Jaime Roth, who, with her parents Larry and Nanci, operates LNJ Foxwoods. LNJ’s blue and gold colours have been carried by the American Grade 1 winners Constellation and Nickname, and this year’s breakout sprint filly Covfefe. They recently hit a career-high as co-owners of the promoted Kentucky Derby hero Country House, and in Europe have campaigned the French Group winner Golden Valentine and promising three-year-old filly Golden Box.

The Roths are relatively new to the business – they bought their first horse at Saratoga in 2013 – and had little knowledge of the track or city before that.

“I knew nothing about Saratoga,” said Roth. “I was surprised when I first went. I thought, ‘I’ve missed all this?’ Saratoga is a great sale, a great track and a great town.”

“It’s the only sale in America that combines all the great elements of our sport,” he said. “It’s a sale that has produced world-class runners for almost 100 years, and there’s extraordinary racing that’s literally right across the street. Plus you have a community that totally embraces it all. You go to breakfast and you see three generations of families talking about who they like in the third. It’s an extraordinary combination of events, activities and culture. It’s a horse-enthusiast’s dream.”

Fasig-Tipton first began selling horses in Saratoga in 1920, and is coming off a record-setting season. Of the 216 horses through the ring in 2018, 170 sold for $62,794,000 – a new high-water mark. The average of $369,376 was second highest of all time, while the median of $300,000 tied the previous record. Eighteen yearlings brought $750,000 or more, led by a Medagalia d’Oro son of stakes winner Coco’s Wildcat who sold for $1.35 million. West Point Thoroughbreds and partners purchased the Taylor Made-consigned colt.

Naturally, the sale’s success lies in great part in the horses it attracts. It isn’t that they’re just the best-bred yearlings. It’s that they are the ones that came to hand quickest. There’s something to be said for the ugly duckling who blossoms late. But there’s plenty to be said, too, for that horse that started good…and stayed good. That’s the type that consignors bring to Saratoga.

“People don’t come here with average horses,” said Browning. “People come expecting quality and are willing to pay for it.”

Saratoga’s honour roll speaks for itself. The Triple Crown winner American Pharoah famously went unsold at $300,000 in 2013 when knocked down to Ingordo Bloodstock but bought back by breeder Zayat Stables. America’s Queen of the Turf Tepin was a relatively modest $140,000 purchase who went on to win the Breeders’ Cup Mile and Queen Anne at Royal Ascot. The great Songbird was a $400,000 yearling. Successful racehorses and exciting young sires Tonalist, Munnings, Constitution, Dialed In and Union Rags were all Saratoga grads.

Because of the prestige and history of Saratoga’s equine institutions – the sale and the track – a healthy, almost anachronistic, amount of respect is shown to the process. Men don suits and ties, ladies wear dresses. People look stylish as they enter the pavilion each evening, just as the sun begins to dip in the western sky, and out back there’s an air of excitement as onlookers drink champagne and watch the first horses begin to circle the recently renovated walking ring. 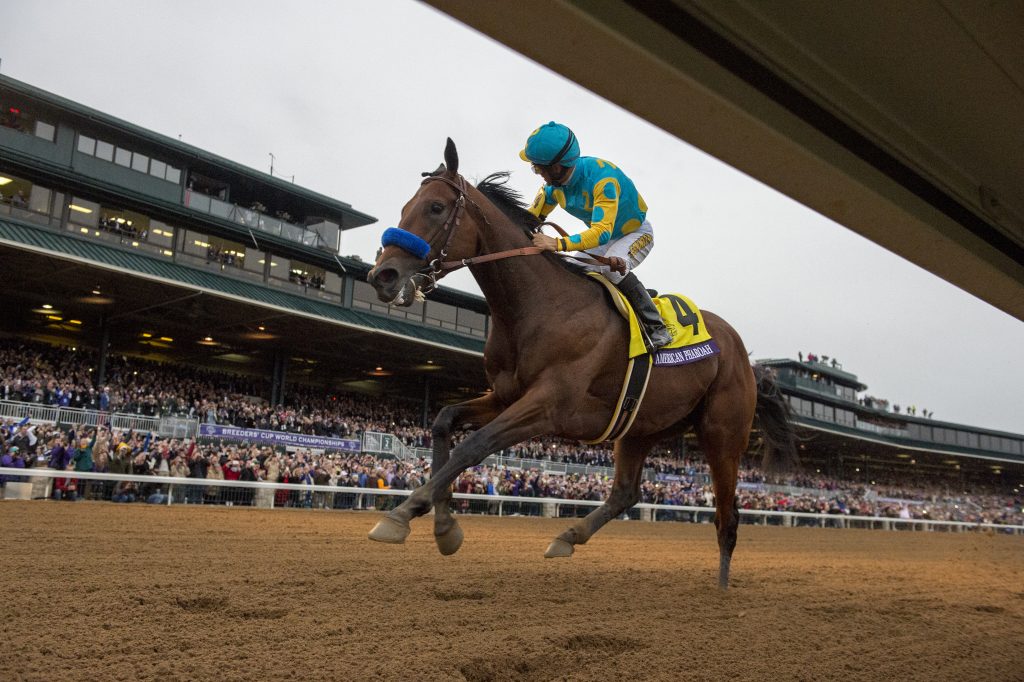 The scene evokes a bygone era, and Jaime Roth said bidding at Saratoga for the first time is a rush.

“You’re there in the pavilion and you feel important, sitting ringside,” she said. “And there’s adrenaline, excitement, nerves.”

Asked if that feeling dissipates with each passing year, she laughed and said: “No no, it’s stayed with me. It’s so much fun.”

Roth said, as much as anything, it’s the Saratoga routines she’s fallen in love with.

“I don’t know about other people, but we go out for an early dinner, just my parents and [advisors] Jason Litt and Alex Solis, and we go over our shortlist and hone in on the ones we’re excited about,” Roth said. “We come up with some prices and then head to the sale. And then it’s on, it’s game time. And you hope to walk away with maybe one or two of the ten you liked.”

Last year, LNJ’s purchases included a pair of $750,000 fillies. There was a Tapit half-sister to LNJ’s first Grade I winner, Constellation, and a War Front half-sister to Tepin.

Because Saratoga is small, with roughly 30,000 year-round residents, there’s a very integrated feel to everything during the racing season. You might see trainer Nick Zito buying pastries at Mrs. London’s on Broadway, or members of Team Coolmore getting dinner at Siro’s, the legendary restaurant located just behind the track.

Fasig has worked with the New York Racing Association, which runs Saratoga, to create further synergies between the sales company and the track, and with the town itself. Fasig now sponsors the Festival of Racing, held the weekend prior to the sale and highlighted by the Whitney Handicap and Test Stakes. This year’s three-day event also features two new races designed to draw heavy European participation, the $750,000 Saratoga Oaks and the $1 million Saratoga Derby.

“With the Festival of Racing in the days preceding the sale, you have one of the great weekends of racing in America,” said Browning. “NYRA and Fasig-Tipton have done a better job in the last decade working together to make Saratoga the highlight of people’s racing and sale year. We were always good neighbours, but we work much more closely now than we did 20 years ago.”

For the Roths, the attraction of Saratoga was so strong that Larry Roth and Jaime’s brother David joined in a partnership to renovate and reopen the Adelphi Hotel on Broadway. The hotel has garnered rave reviews, as has its two restaurants, The Blue Hen and the steakhouse Salt and Char.

“Salt and Char is a great restaurant, whether you want to get steak or pasta,” said Jaime Roth. “The bolognese is awesome. And I’m a bit of a sushi snob, and they have really good sushi.”

There are changes afoot for the 2019 racing season at Saratoga. The meeting typically runs from the last week in July through the first week in September, but because of construction near Belmont Park, opens this year on July 11. As such, there will be no Monday racing during the meeting. Racing will operate on a Wednesday through Sunday schedule.

“I’ll be interested to see how that changes the flow on the first sale day, but we’re not expecting anything drastic,” said Browning.

For Roth, it’s just an opportunity to start her Saratoga experience early.

“It’s just nice to be around friends and family and familiar faces,” she said. “It’s kind of what it’s about up there.” 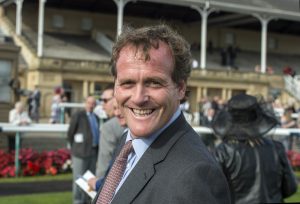 Up Next
The Finish Line with Richard Hannon