David and Helen Bond have propelled the name Withyslade Stud into the bloodstock world’s consciousness in recent months.

They are developing the 270-acre farm through a stallions-and-mares operation that has entered the mainstream like a leaping salmon. In midsummer they owned the little-known and uncommercial sire Kier Park (who is now the stud’s teaser), and four months later they are ready to stand Indian Haven, a Classic-winning son of Indian Ridge, and Eastern Anthem, a Group 1 winner out of a dual Classic winner.

Commercial studs in Britain and Ireland are not about to haemorrhage trade to this fledgling, yet it is impossible not to admire the pluck of the Bonds, who have sunk millions into buying and developing Withyslade.

David Bond, a former farrier who is known to friends and numerous acquaintances in racing as ‘Bondy’, says: “We always hoped to have some mares and breed from them on a few acres, but it was never the dream to do it on this scale. Progression then took over, initially when Helen’s father died [leaving an inheritance] and we were able to scale up our plans. Even then I did not imagine we would be where we are today with about 50 horses, including 18 mares.”

Withyslade, whose tree-lined drive ends at a substantial-yet-homely house, was not cheap, and it would be a dullard of no curiosity who failed to ask how a farrier his wife and two children have laid their hats in this mini kingdom.

We always hoped to have some mares and breed from them on a few acres, but it was never the dream to do it on this scale

Helen’s late father, Lord Wardington, derived a passion for bibliography and cartography from his father and developed a collection into a treasure trove. Hence Sotheby’s £17.3m sale of his map, atlas and bible library in 2005 and 2006 was described by Rare Book Review as “a milestone in the history of book selling”. It included a gem called the Cosmographia, dating from around 1477 and reputedly the first atlas printed, which achieved a world record £2,136,000.

It is racing’s gain that the Bonds’ love of horses – they met when she was working as a groom for trainer Richard Phillips and Bond arrived to plate one up – has meant Lord Wardington’s legacy, which Helen inherited with her sister, brother and widowed mother, is being invested in the roots and branches of racing. The couple also have horses in training with Alan King, who used to be one of Bond’s clients, Rod Collet and Matthew Salaman. 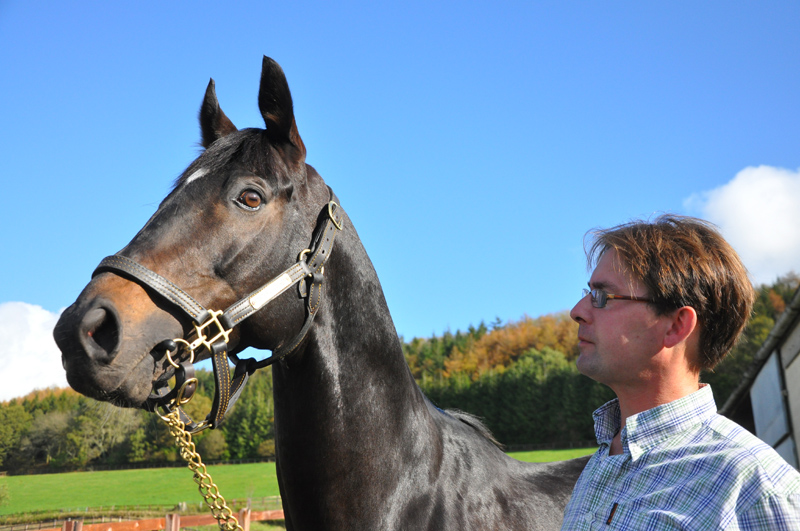 Helen says of her father: “He loved the thought of people doing what they loved.” Her husband adds: “I think he would have been chuffed to see what we are developing here.”
David Bond’s background is not regal, but coming from a dairy farming family he developed an early eye for stock and breeding and even joined his father in judging cattle at the Royal Show as a boy of 11.

He says: “My dad farmed next door to Richard Hannon, so from the age of 14 I rode out there, then at 17 Dad met a farrier in a pub and three days later I started an apprenticeship that ran five years to the day and was great fun.”

Anyone who has ever had a horse shod will recognise the no-nonsense style of the typical farrier, and while Bond is a relative newcomer to breeding you soon spot his ease in dealing with stallion machismo. Simplicity is his mantra, and he says: “You can make jobs as hard as you want – every stud has its own way of doing things and I know how I want things done here. When it comes to covering I want the process to be as smooth and natural as possible.”

This is a magical place to live, so why would I want to leave it?

Gaining experience at an established stallion farm might have been a good grounding for his grand plan, but as a 36-year-old father of two with a small estate to run that option was not viable. He says: “Some people would choose to work for a bloodstock agent for a couple of years, but I have looked at heaps of horses all my working life. I didn’t just shoe some very good jumpers, but also some top flat horses for Mick Channon and John Gosden. Everything isachievable if you work hard.”

At Withyslade that extends to putting mares and stallions in adjacent paddocks, while cattle wander freely. Watching Eastern Anthem being turned out and heading straight towards some curious mares, Bond says: “He was a bit keen when he first arrived, but he’s settling down now.” Minutes later the new boy was grazing.

Withyslade made its vending debut at the December Sale with an Iffraaj colt foal and will be selling yearlings in 2012. The stud’s new stallions will be supported by the Bonds’ own mares, but outside sires will be used too.

The couple are intriguing newcomers to British breeding; they live in a grand home, but have realistic ambitions. Asked where he would like to be in ten years, Bond says: “Still in control – I’d hate to be in a situation where someone was sending me foal or yearling reports. This is a magical place to live, so why would I want to leave it?” 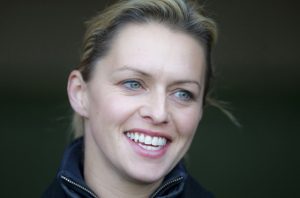 Up Next
Unlimited potential