Joy And Fun for Doyle in Hong Kong
Stories

In front of packed stands at Caulfield, Black Caviar posted her 18th win from as many starts to land the Group 1 CF Orr Stakes on her first attempt at seven furlongs.

Trainer Peter Moody declared after the race that the great mare may well be seen in action again as soon as next weekend, telling the press pack after the race: “If she pulls up well, you might see her again in seven days, and if she comes through that all right, she might be back here seven days later.”

Australian racegoers will savour her every performance on home turf as Black Caviar is set to take to the world stage in the coming months, with potential appearances at the Dubai World Cup meeting on March 31 followed by a trip to Royal Ascot.

The six-year-old daughter of Bel Esprit was bred in Victoria by Rick Jamieson from the Desert Sun mare Helsinge. Her two-year-old half-brother All Too Hard, by Casino Prince, made his first appearance on a racecourse on Friday, coming out on top in an 800m (four-furlong) barrier trial at Flemington.

There was further success for Moody on the Caulfield card when the former Luca Cumani-trained Manighar, who finished fifth to Dunaden in last year’s Melbourne Cup, took the Group 3 Carlyon Cup over a mile. This was the first time that the six-year-old son of Linamix, who won the Group 2 Prix Chaudenay over a mile and seven furlongs as a three-year-old, had ever been tried at a distance less than a mile and a half. 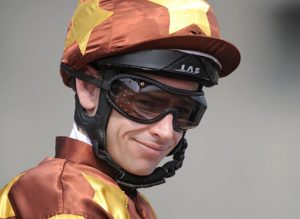 Up Next
Joy And Fun for Doyle in Hong Kong