The British Horseracing Authority has welcomed the decision of the independent Disciplinary Panel to ban jockey Robbie Dunne for 18 months, with three months suspended, for bullying and harassing colleague Bryony Frost over a period of months.

Dunne, 36, whose punishment was announced on Thursday and comes into force immediately, was found in breach of four counts of Rule J(19) concerning integrity and conduct prejudicial to horseracing and three counts of violent and improper behaviour (20).

The Irishman was found guilty of deliberately targeting a colleague, which included a threat to put Frost “through a wing” of a fence last year.

A BHA statement released on Thursday read: “In our view this decision, and the comments of the independent Judicial Panel, reflect the seriousness of the accusations. It sends a clear message that conduct of this nature cannot be tolerated in any working environment within our sport.

“This case has been a ground-breaking one for British racing, the first of its kind, and it is important that it acts as a catalyst for further change within the industry.

“We understand that, for the vast majority of those who work in the sport – and in particular in the jockeys’ weighing room – it is a positive, supportive, welcoming place. We recognise the pressures on those involved in the sport, and that temperatures will at times be raised.

“However, there is a line as to what is acceptable. It is essential that when something does go wrong that people feel that they can call out bad behaviour, and not be made to suffer in silence. The independent Judicial Panel Chair voiced concerns regarding these issues in his judgement. We call on everyone in the industry to recognise this. 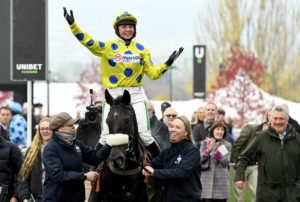 “By stepping forward to report the behaviour of which she was on the receiving end, Bryony Frost took a courageous step. We hope that others who may be in similar positions will feel comfortable doing the same.

“Improving workplace standards and wellbeing within the sport is an issue into which racing has invested significant time and resource in recent years. Nothing is more important than our people and our horses. The formation of an industry People Board has helped focus attention on improving standards, education and training. Progress is being made on improving the facilities that our athletes use, in particular our female participants. The sport will soon be putting in place a collaborative, cross-industry Code of Conduct.

“However, more can always be done. We must move forward from this case and define the sort of language and conduct that is acceptable in a place of work. This is about more than just the jockeys’ weighing room, but the whole industry. We must take positive steps across the sport to ensure that British racing is a welcoming place to work for everyone. We will issue more detail as to our next steps on this front in the near future.

“This was a difficult, sensitive and complex case, with numerous witnesses. Charges for the case were lodged in April, but subsequent to this there were significant legal representations made by the defence solicitors, which – in order to ensure fairness to all parties – had to be considered in full. The case has been handled with professionalism, and this is reflected in the outcome.

“However, there are also lessons that can, and will, be learned. We will be reviewing the proceedings and speaking to the Chair of the Independent Judicial Panel regarding case management. It is important that we ensure that future cases are managed quickly, in the interests of all parties.

“Finally, we recognise that this has been a difficult period for all involved, in particular for Robbie Dunne and Bryony Frost. We ask that the privacy and wellbeing of both is now respected. It is important that both are now supported by the BHA, their colleagues and their representative body the PJA.” 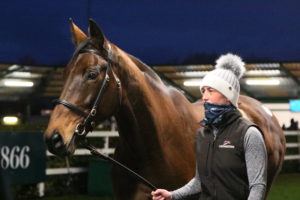