The sale of top jumps racemare Shattered Love for €260,000 to MA Bloodstock brought the curtain down on a successful Goffs December National Hunt Sale on Thursday.

In keeping with the market trend seen this winter, the three-day auction witnessed a healthy trade from start to finish that resulted in rises in key areas.

The foal trade was headed by a son of the top French stallion No Risk At All, who realised €100,000 to Flash Conroy’s Glenvale Stud on Wednesday. Sold by Ballyreddin Stud, the colt is out of the placed Vanille d’Ainay, a Saint Des Saints half-sister to the high-class jumpers Louping d’Ainay and Sirene d’Ainay.

“It’s always good to break a record but there is special satisfaction in smashing the six figure glass ceiling in relation to a National Hunt Foal at Goffs,” said Henry Beeby, group chief executive of Goffs. “Indeed a top price of €100,000 sits very high on the scoreboard for the category and was another clear demonstration that Goffs December is now competing for market leading status.

“National Hunt Sales at Goffs have made a meteoric rise in recent years and we are so grateful to all those breeders who now choose Goffs as their first choice in increasing numbers. That so many of the best now come to Kildare Paddocks in June and December is testament to our National Hunt team and expanding to a three-day sale this week was simply down to vendor demand, which is quite something when one considers this was a one day, 200 lot sale just 10 years ago.

“As ever we are indebted to every vendor for the trust they place in us with each entry and simply delighted to have returned such a vibrant trade to vindicate that faith in the Goffs service. We wish every buyer the very best of luck and look forward to reoffering many of this week’s stand outs back at the Goffs Land Rover and Doncaster Spring Sales in 2024.”

However, as in 2020 when Apple’s Jade took centre stage, the overall sale was dominated by a select group of collector’s item offerings from Michael O’Leary’s Gigginstown Stud. On this occasion, they were led by the 2018 JLT Novices’ Chase heroine Shattered Love. An 11-time winner overall who is a half-sister to fellow Grade 1-winning chaser Irish Cavalier and in foal to Walk In The Park, the daughter of Yeats understandably caused a stir, eventually falling to MA Bloodstock’s Justin Owens at €260,000.

Gigginstown was also the source of Listed-winning bumper performer Tintangle, who was sold in foal to Crystal Ocean for €190,000 to Coolmara Stables, as well as the Grade 3-winning hurdler Surin, who realised €115,000 in foal to Poet’s Word. Newtown Anner and Ballylinch Stud teamed up to purchase the latter as a potential mate for their young dual-purpose stallion Fascinating Rock, who has joined Burgage Stud for the 2022 season.

“It was also very pleasing to round off the sale with another strong selection of classy broodmares and we are especially appreciative of the ongoing support of Michael and Eddie O’Leary who sold another mighty draft of mares under their Gigginstown banner,” said Beeby.

“For now we wish all Goffs clients a very Merry Christmas and Happy New Year when we hope that the dreaded pandemic will be fully defeated so that we can all focus on the many positives of the this wonderful bloodstock world.” 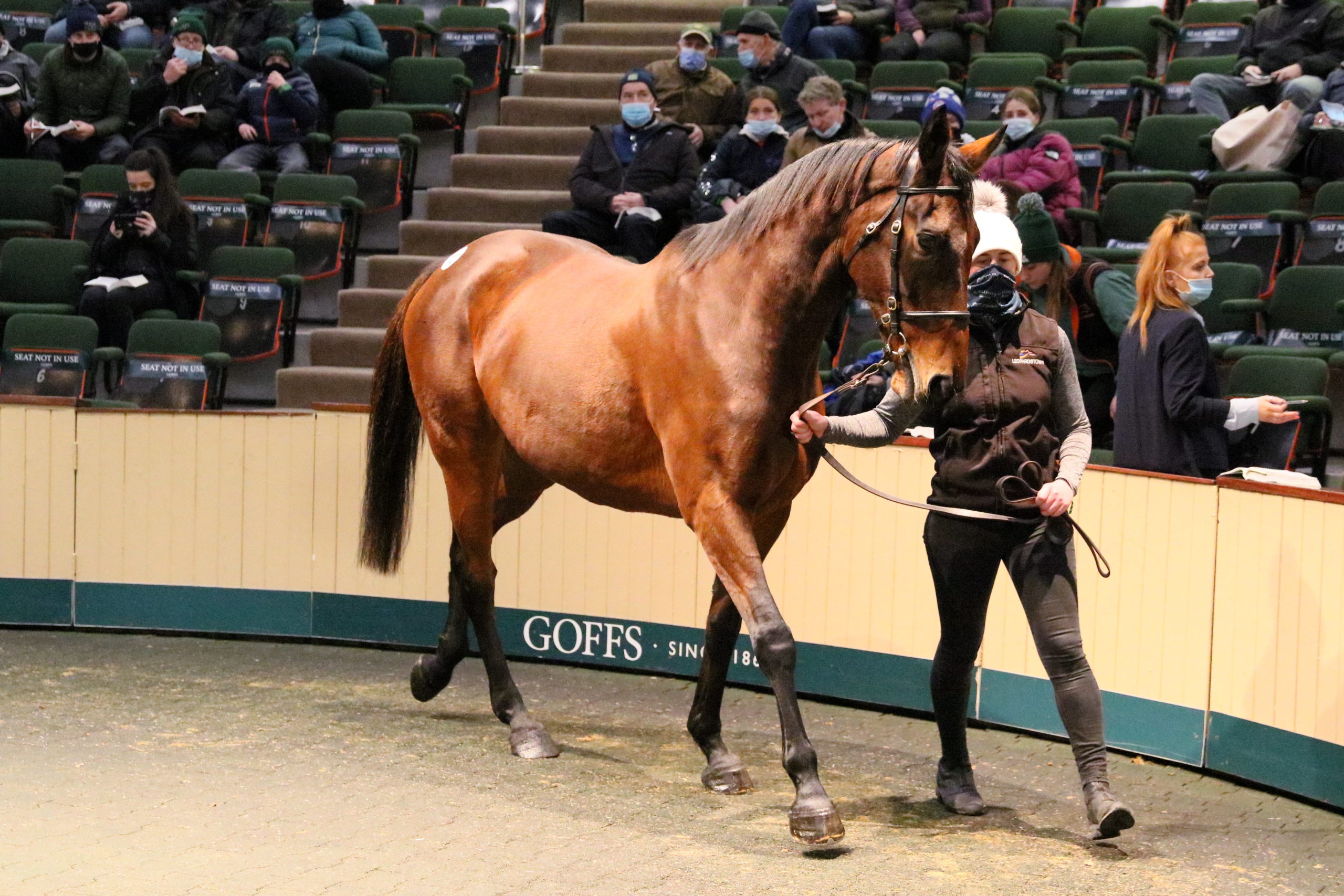 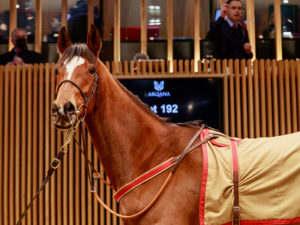