The British Horseracing Authority has scrapped the proposed new rule that would have seen jockeys being allowed to use the whip in the backhand position only after widespread criticism from the riding ranks.

Following an extensive consultation over whip use in British racing, it was announced in July that jockeys would not be able to use the whip in the forehand position in future, one of 20 key recommendations made by a steering group that oversaw the project.

Top jump jockey Tom Scudamore, who appeared at the press briefing, and PJ McDonald, Joint President (Flat Safety Officer) of the Professional Jockeys’ Association, appeared to show their profession’s support for the rule changes last year, yet recent weeks having seen growing anger over the proposed changes from their weighing-room colleagues.

On Wednesday the BHA released a statement explaining that the rule stating that the whip may only be used in the backhand position has been removed, replaced by an amendment to the rules regarding the number of times the whip may be used in a race. The thresholds for use have been reduced to a maximum of six times in a Flat race and seven times in a jump race, down from seven and eight respectively.

Penalties for whip violations have also been increased, while offences such as using the whip above shoulder height, without time to respond or in the incorrect place, will also see enhanced bans handed down to jockeys.

The BHA statement read: “This change follows additional concerns being raised by jockeys in the last few weeks, including some information which was not aired during the consultation or technical discussion phase. This included the feedback that some jockeys who have suffered shoulder or collarbone injuries may find use of the whip solely in the backhand more challenging.

“Following a period of dialogue between the BHA, PJA and jockeys, the BHA Board met to consider further representations from all parties, before deliberating and agreeing on the revisions to the rules.

“The objectives of the package of 20 recommendations includes developing rules which foster more considered and judicious use of the whip for encouragement, and improving the perception of whip use. The BHA Board agreed that these objectives could be met equally through either the backhand only rule, or the reduction in thresholds and increase in penalties announced today, when combined with the full package of measures announced in the summer.

“These changes do not, in the view of the BHA Board, reflect a dilution of the package of rule changes, but instead a method of achieving the same outcomes through a different approach.

“The other 19 recommendations and rule changes put forward by the steering group and approved by the BHA Board remain unchanged.” 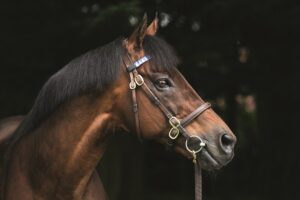 Up Next
Market takes step forward yet warning signs remain