Retirement was ruled out for Stradivarius after the eight-year-old posted an excellent performance to run second to Kyprios in the Group 1 Goodwood Cup at Goodwood on Tuesday.

In a thrilling renewal of the staying event, Stradivarius loomed up on the far side having momentarily found trouble in running under new pilot Andrea Atzeni only to be thwarted by the nearside challenge of the Ascot Gold Cup hero Kyprios – at four-years-old, half the age of Stradivarius.

At the line, there was only a head between Kyprios and Stradivarius with the game-running Trueshan another length-and-a-quarter away in third.

It was suggested prior to the race that the Goodwood Cup could mark Stradivarius’ last outing in public. But racegoers could yet have another chance to appreciate the staying star as owner Bjorn Nielsen explained to ITV Racing.

“We’re not going to say goodbye after that,” he said. “He ran today with all his usual enthusiasm and he’s still training well, so there’s no point stopping in the middle of the season. These are the best stayers around and it looked a tremendous race going into it.

“It was a great performance and I’m happy to go on for at least one more run. The Lonsdale Cup would be on the cards as it suits him a lot – they have long straights and it’s difficult to box him in there.”

He added: “I was happy with the way he ran. I thought he was potentially in front half a furlong out but it was hard to tell with the angle. The front two were a long way apart and I don’t know whether it was competitive enough for him then. If he was upsides it might have been a different story.

“Andrea said he was following Kyprios through and felt he would do him for speed, but then he got the bump from Trueshan which forced him to go inside.” 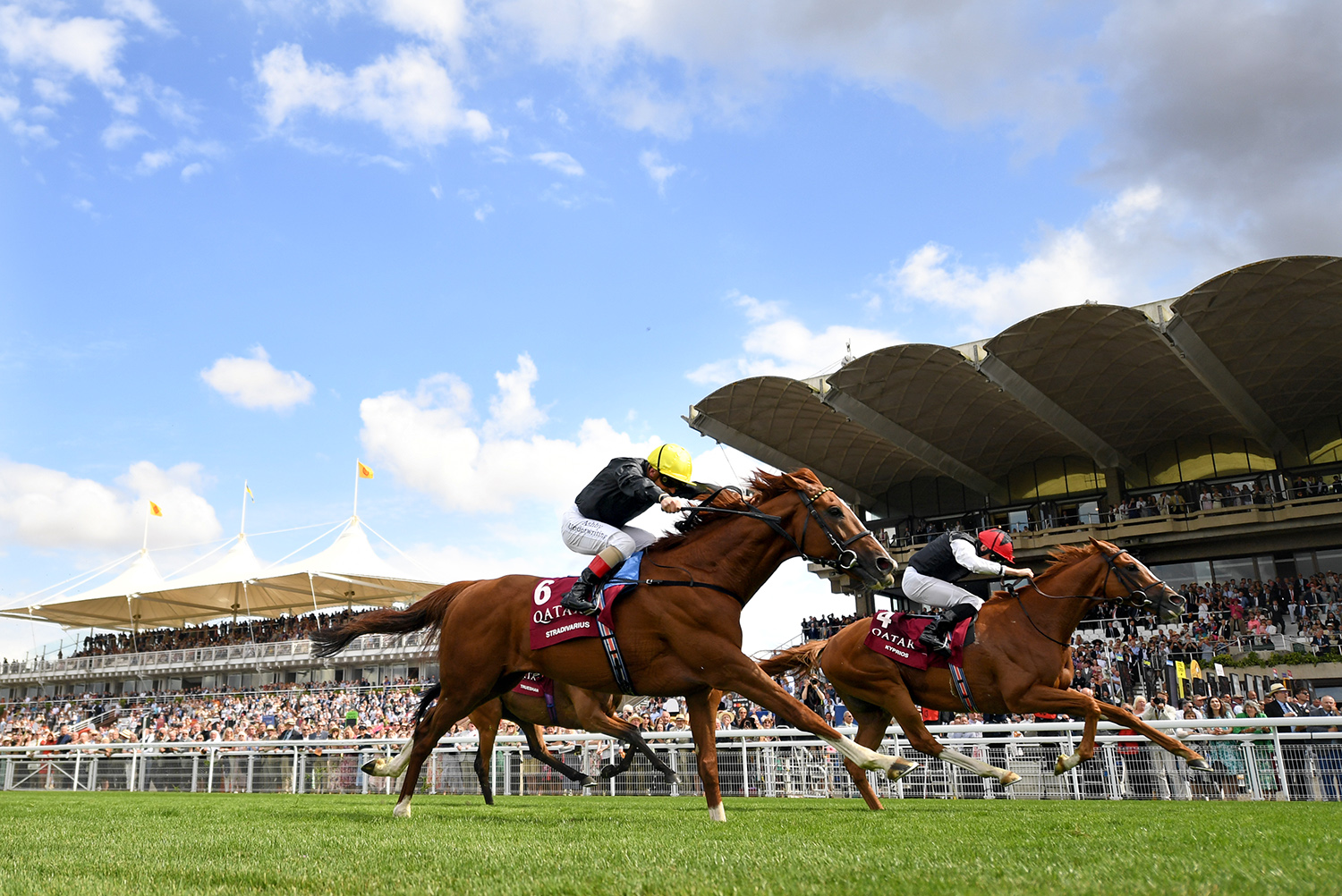 Kyprios (far side) denies Stradivarius (nearside) in a thriller to the Goodwood Cup. Photo -Bill Selwyn

It was a third win in the race for trainer Aidan O’Brien, who had previously taken the spoils with the outstanding Yeats in 2006 and 2008.

O’Brien said: “Kyprios is a great horse. Ryan gave him a beautiful ride and he is only ever in the gear that you want him. He is always keeping plenty and is a horse that loves a battle.

“He is lazy and if you want him to stay in first gear, he will stay in first gear and not go into second gear unless you want him. That is the way he is and the way he has always been. He saves everything and is very professional. I’d say there’s a lot more to come. He loves racing, is easy on himself and the plan from here is to go to the Irish St Leger.

“He has a lot of class, a lot of quality. He has run over two and a half miles at Royal Ascot and two miles today, but we would have had no problem starting him over a mile and a quarter at the start of the year, as he has that real pace. However, you don’t see it as he doesn’t show it unless you really want it. It’s great to have him. Those type of horses are very special – when you have a horse who stays like that and has that class.”

Moore said: “Kyprios has done nothing wrong this year. Today was only his eighth race and he is only doing what he has to do. It was a steadily-run race and he was in front a long way out. He was just waiting. I always feel that I’m not going to the bottom of him.

“He is a proper Group 1 horse and Aidan has always had a lot of belief in the horse. At the start of the year, he was saying what he thought he could do, so all credit to him and the team at home for getting him back.

“Kyprios was always held in high regard. He is a full-brother to Irish St Leger winner Search For A Song, who is a lovely filly. He won his first start at three and then got beat in the Derby Trial. We were disappointed but it turned out to be a good Derby Trial. I was not on him in the Queen’s Vase [when he went under the stalls], but he was well fancied that day. It was just one of those things. He has a great attitude and is not a horse with any badness in him.

“Yeats was a machine. This horse won a Gold Cup at four and I think there’s more to come. We don’t know where we’ll end up yet. You know how good Trueshan is and Stradivarius has been, and the fourth horse Coltrane is improving. I think as far as Goodwood Cups go, it was a very strong race.”

Kyprios is another feather in the cap for his breeder Moyglare Stud Farm. The four-year-old son of Galileo, who landed his first Group 1 success last month when scoring in the Gold Cup at the expense of Stradivarius, is a brother to champion Search For A Song, whose five wins include two renewals of the Irish St Leger. They are out of a truly remarkable mare in Polished Gem, a Danehill daughter of the 1988 Irish 1,000 Guineas winner Trusted Partner who has produced no fewer than eight stakes winners, with the list also including the Prince Of Wales’s Stakes winner Free Eagle and Qipco British Champions Fillies’ And Mares’ Stakes heroine Sapphire. 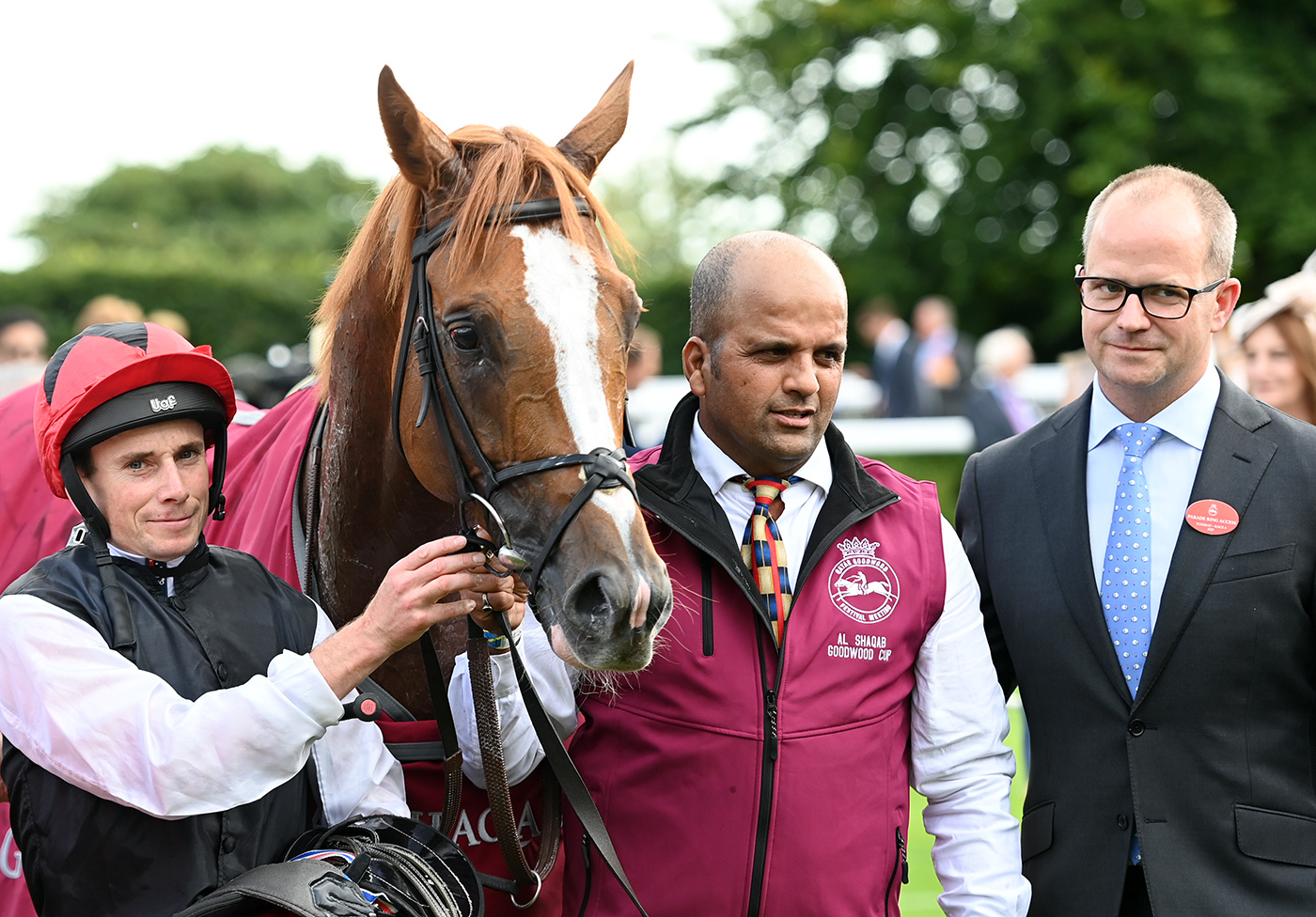 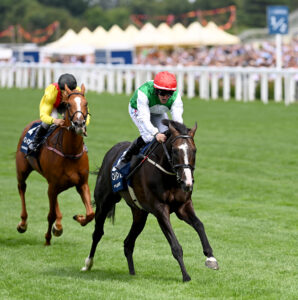 Up Next
Popular King George victory for Pyledriver