The 21 Sceptre fillies and mares who sold went on to turn over a total of 8,105,000gns while accounting for the day’s top seven lots

Stakes producer Archangel Gabriel was the highlight of a star-studded inaugural Sceptre session at the Tattersalls December Mares Sale in Newmarket on Monday when sold for 800,000gns.

As anticipated, the majority of the day’s highlights arrived in the inaugural Sceptre Session, an initiative named in honour of Robert Sievier’s four-time Classic winner of 1902 launched this year by Tattersalls as a means of showcasing the December Mares Sale’s elite offerings.

The session duly lived up to its billing as the 21 Sceptre fillies and mares who sold went on to turn over a total of 8,105,000gns while accounting for the day’s top seven lots. Even so, Tuesday’s Sceptre session promises to be even more memorable given it contains the Group 1 winners Alcohol Free, La Petite Coco, Pearls Galore, Saffron Beach and The Platinum Queen as well as Desert Crown’s dam Desert Berry.

The day’s most expensive offering, Archangel Gabriel, is set to return to familiar surroundings after selling outright on a valuation of 800,000gns to co-owner Andy Lloyd of Hunscote Stud.

Previously owned in a partnership with Chris Humber, the nine-year-old daughter of Arch is the dam of Group 3 winner Ville De Grace and was offered by Jenny Norris in foal to champion St Mark’s Basilica. 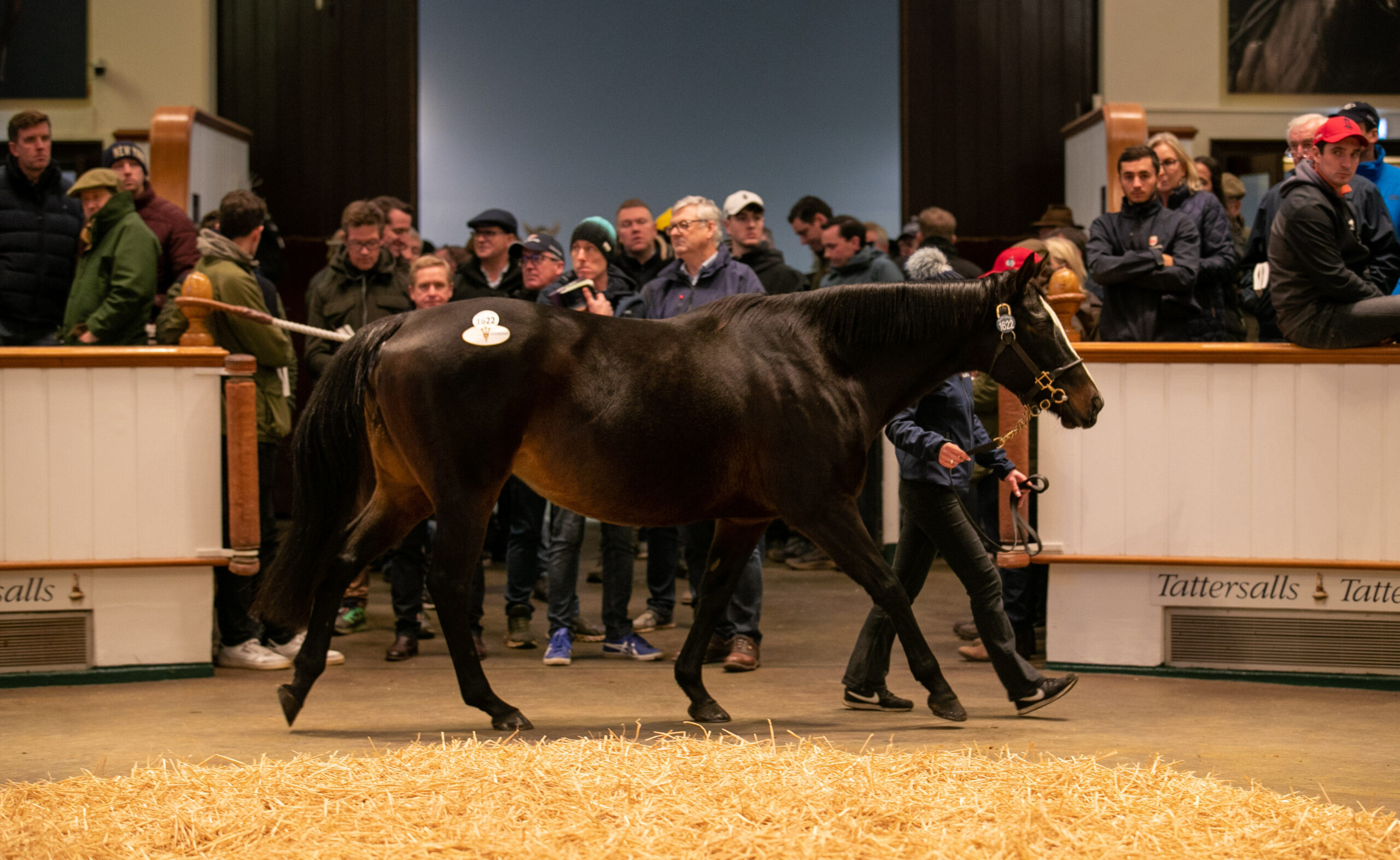 Hunscote Stud bought out its partner in the stakes producing Archangel Gabriel at 800,000gns. Photo – Tattersalls

“She’s a gorgeous mare,” said Lloyd. “We were one of the partners, so obviously we were paying 50p in the pound, and I think it’s decent value for what she’s done so far. You don’t get many chances to get one like this.”

He added: “She’s got a good cover, the family is very active and her progeny have made six figures every time. We see what St Mark’s brings next.

“We’ll just take it easy now and think about which stallion to send her to next. You don’t make plans unless you’ve got something and now we’ve got it, we can plan.”

Newsells Park Stud also dipped into the Sceptre session, going to 750,000gns through Jill Lamb for the young stakes producer Innevera. Offered in foal to Zarak, the mare is a half-sister to five stakes winners, among them champion miler Keltos and the Prix du Muguet winner Krataios, yet also the dam of this season’s smart three-year-old Ottoman Fleet, who was saddled by Charlie Appleby to win the Listed Fairway Stakes.

“She ticked every box,” said Lamb. “She was our target today. She’s a lovely individual who has produced a stakes winner with her first foal, a horse who is very highly rated. I also loved the Le Havre yearling, who sold here in Book 1 to David Redvers [for 350,000gns].

“We also liked the cover, and the good thing about her is that from a pedigree perspective, she’s a nice outcross.”

A further tribute was also paid to the success of Sir Evelyn de Rothschild’s Southcourt Stud in the sale of three mares out of the stud’s dispersal for a total of 1.655 million guineas.

Sold through New England Stud, the trio was led by the talented Crystal Zvezda, a Listed-winning Dubawi half-sister to champion Crystal Ocean and fellow Grade 1 winner Hillstar who was knocked down for 775,000gns to Eugene Daly, signing through Stroud Coleman Bloodstock. A member of the stud’s famous Crystal Cavern family, the mare has also made a bright start at stud as the dam of two winners from as many runners including Crystal Caprice, a highly progressive filly this season who ran third in the Listed Rosemary Stakes at Newmarket on her penultimate start.

Adrian Nicoll of the BBA Ireland, meanwhile, signed at 550,000gns for fellow Listed winner Waila in foal to Pinatubo. A daughter of Rothschild’s Eclipse Stakes winner Notnowcato and out of Crystal Cavern herself, the mare’s two-year-old filly Infinite Cosmos  went into many notebooks when just touched off on her debut at Doncaster last month for Sir Michael Stoute. She was also represented last week by a Sea The Stars filly foal who was knocked down for 400,000gns to Ballyhimikin Stud and McKeever Bloodstock.

“She’ll head to Ireland,” said Nicoll. “The foal was very nice and made 400,000gns last week. The two-year-old looks like she might be quite good and the mare is a stakes winner herself.

“She is a lovely mare and a great reflection of Sir Evelyn de Rothschild’s breeding programme.”

The Southcourt mares were concluded by another member of the Crystal Cavern family in the Listed-placed Crystal Hope, a half-sister to the Australian Listed winner Crystal Pegasus who sold for 330,000gns to Kern/Lillingston Association in foal to Sea The Stars.

“They are gorgeous mares, each one is a queen,” said New England Stud’s Peter Stanley. “I am so sad those lovely ladies leave us. It is not often that you see such a beautiful group of mares together – athletic, every one with depth, substance and bone.

“Sir Evelyn and [sister] Renee loved it, and they would be both very proud of what has happened. They will look down and smile. The children are not racing fanatics but they do have a sense of the history of it and I think they have been very moved by the whole thing.

“I think the testament were how the the four foals sold last week – they showed the type of horses that they are breeding. You can’t complain at the prices but it is terribly sad that it is not to be any longer.”

The sale continues tomorrow from 9.30am. 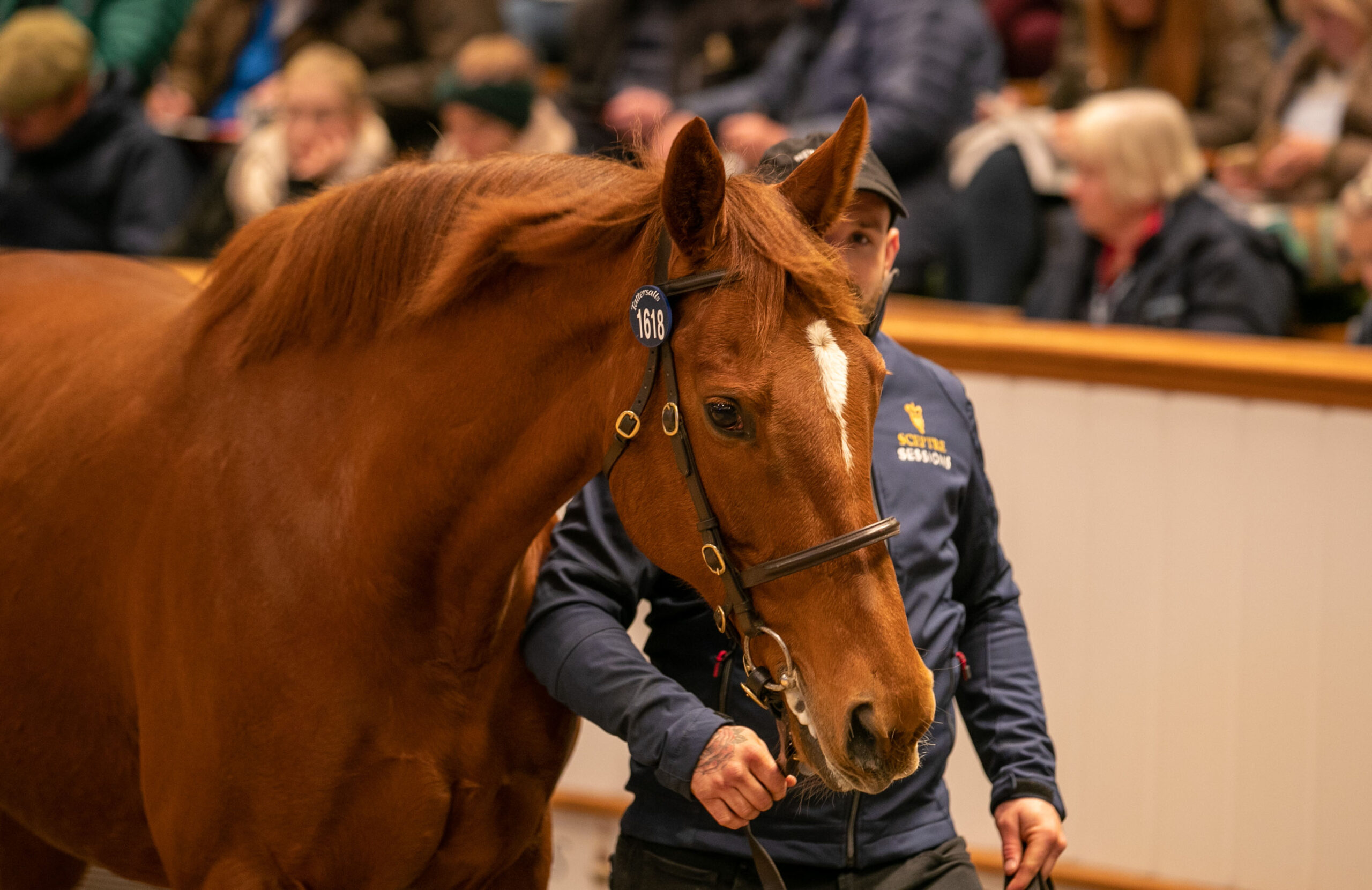 Crystal Zvezda: one of the highlights of the Southcourt Stud dispersal. Photo – Tattersalls 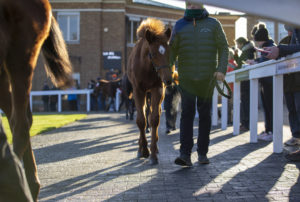 Up Next
Records set at Tattersalls December Foal Sale