Advertise and Aclaim to move to Manton Park
Stories

Well renowned as a producer of high-class, sound stock, not to mention equine celebrities such as Monsun and Danedream along the way, German racing has much to celebrate in its 200th year

Breeders, owners, trainers, jockeys, local dignitaries and – in a nice touch – a considerable number of racing fans were invited to a gala ceremony to mark the 200th anniversary of German racing at the prestigious Hotel Adlon in Berlin in mid-August.

The evening was followed by two days of racing at Hoppegarten, the charming track in the city’s suburbs owned by financier Gerhard Schoeningh, with Godolphin colour-bearer Rebel’s Romance landing the feature, the Group 1 Grosser Preis von Berlin.

That race’s roll of honour provides a stark illustration of why German racing, with its current output of around just 850 foals a year, has so much to celebrate.

Among the German-breds who appear on it since 2010 are two future Prix de l’Arc de Triomphe winners in Danedream and Torquator Tasso as well as a Melbourne Cup victor in Protectionist, while the successful international raiders in the same time frame include stars such as Alpinista, Best Solution and Meandre.

The German racing community is, needless to say, immensely proud of those results and the recognition on the global stage they have brought. They also feel vindicated for sticking to their guns by breeding stamina and soundness into their stock.

That respect for staying power and robustness is set in stone, as the German racing programme includes just the one Group 1 race shorter than 11 furlongs – the Grosser Preis von Bayern, which is over ten – and the two-year-old programme only gets into gear mid-season, with the top prizes only establishing the next year’s leading Classic contenders, and not considered championship events in themselves, as is the case elsewhere.

In turn, the German racing authorities ensure that those values are brought into the breeding shed, with stallion prospects having to be approved by a committee on the basis of form, conformation and physique. If they don’t pass muster, their progeny won’t be eligible for breeders’ premiums, and so realistically are unviable.

Those breeders’ premiums are also credited with fuelling much of  Germany’s ability to punch above its weight, as it focuses the minds of mare owners – 80 per cent of whom in the country only own one or two – to produce not just winners, but repeat winners.

Paul Vandeberg, who gave the world Torquator Tasso and was voted German racing personality of the year, is one such hobby breeder. The retired Dutch butcher has just the one mare, the recent King George runner-up’s dam Tijuana, and has turned down a flood of requests from bigger operators to buy her.

For much of the new millennium, Germany has owed another large part of its success to the sire phenomenon that was Monsun, a multiple Group 1 winner whose pedigree was unmistakably German, being by the Triple Crown winner Königsstuhl out of a daughter of another great champion in Surumu. His heritage didn’t contain even a single dose of the otherwise ubiquitous Northern Dancer.

After making a name for himself in Germany, the doyen of Gestüt Schlenderhan became an outstanding source of top-notchers in all four corners of the world – and not just middle-distance horses and stayers, but milers too.

There was the world champion Manduro, the Queen’s Gold Cup heroine Estimate, the three Melbourne Cup winners Almandin, Fiorente and Protectionist, other celebrities such as Maxios, Novellist, Shirocco and Stacelita, and many more.

Although his sire line has largely, and sadly, become concentrated in the National Hunt ranks, his influence will endure in distaff pedigrees. His daughters, for instance, have produced the likes of Pastorius, Sea The Moon, Vadeni, Waldgeist and Yibir.

Remarkably, though, neither Torquator Tasso nor the last German-bred Arc winner before him, Danedream, were related to Monsun, which goes to show the strength in depth of German bloodlines.

Torquator Tasso is by the Gestüt Schlenderhan-bred and raced Deutsches Derby winner Adlerflug, who died suddenly last year at the age of 17 just as he was coming to prominence, out of a Last Tycoon mare descended from Galileo and Sea The Stars’ German-bred maternal great-granddam Anatevka.

Danedream, meanwhile, was bred by Gestüt Brümmerhof by sending the Irishbred Danehill mare Danedrop to Lomitas, who led a stranger-than-fiction life, being banned from racing due to a violently expressed stall aversion, redeemed by horse whisperer Monty Roberts, and later winning three Group 1s before being subject of a blackmail plot that meant he had to be whisked out of Germany into Susan Piggott’s Newmarket yard under an alias.

Brümmerhof has also helped show in recent years that German breeding isn’t all stamina, stamina, stamina, as its homebred Shamardal colt Waldpfad, from the brilliant ‘W’ family that has also given us Arc hero Waldgeist, beat many of Britain and Ireland’s best sprinters when winning the Group 3 Hackwood Stakes and running third in the Group 1 Betfair Sprint Cup.

There is, then, plenty for German breeders and its supporters to feel satisfied about, even a little smug. But not everything in the garden is so rosy.

It would be easy to think that German racing and breeding is in perfect working order, but within the country itself many have cause for concern in different areas.

Firstly, racing continues to make little impact on the wider German public, who are mad about football but also hold other sports like motor racing and even ice hockey higher in their affections.

Gone are the days when racing was regularly broadcast live on the main channels, the ‘Galopper des Jahres’, or the horse of the year, was announced on TV in a grand ceremony, or the racy (in all senses of the word) drama ‘Rivalen der Rennbahn’, or Rivals of the Racecourse, drew millions of viewers.

This is also a country where several racecourses have recently closed, such as Bremen and Frankfurt, and where betting has traditionally been frowned upon in society, which doesn’t help tote turnover and its contributions back to racing.

There is also consternation over who will take over some of the larger studs, which usually race a large proportion of their homebreds, when their ageing owners aren’t around any longer.

The stallion ranks, too, are at a crossroads. Adlerflug is gone, his fellow son of In The Wings and champion sire Soldier Hollow is no spring chicken at 22 and there have been some notable flops such as Helmet and Maxios. Other stallion prospects that might have suited German racing down to the ground, such as Adlerflug’s German Derby winner and Arc runner-up In Swoop, were signed up to go straight to National Hunt studs in Ireland.

But there have also been reasons for optimism on several of those scores. Racing did regain a little of its former popularity when it was the first sport to reopen after Covid-19 lockdowns in the spring of 2020, and so had a captive audience. It was broadcast then and now in fits and bursts on television, but more consistently on specialist equine internet-based channels, and the reward has been increased betting activity and footfall.

Younger people are emerging into the industry with fresh ideas of how to promote the sport, and while German bloodstock retains the respect of horsemen from around the world, especially Australia for finding stayers to race and Japan for pinpointing strong, sound broodmares to breed from, there are also emerging markets in central and eastern Europe investing in it.

All that, and Torquator Tasso is likely to retire onto joint-owner Gestüt Auenquelle’s stallion roster next year to supply more typically top-class German-breds blessed with stamina and sturdiness, with any luck. 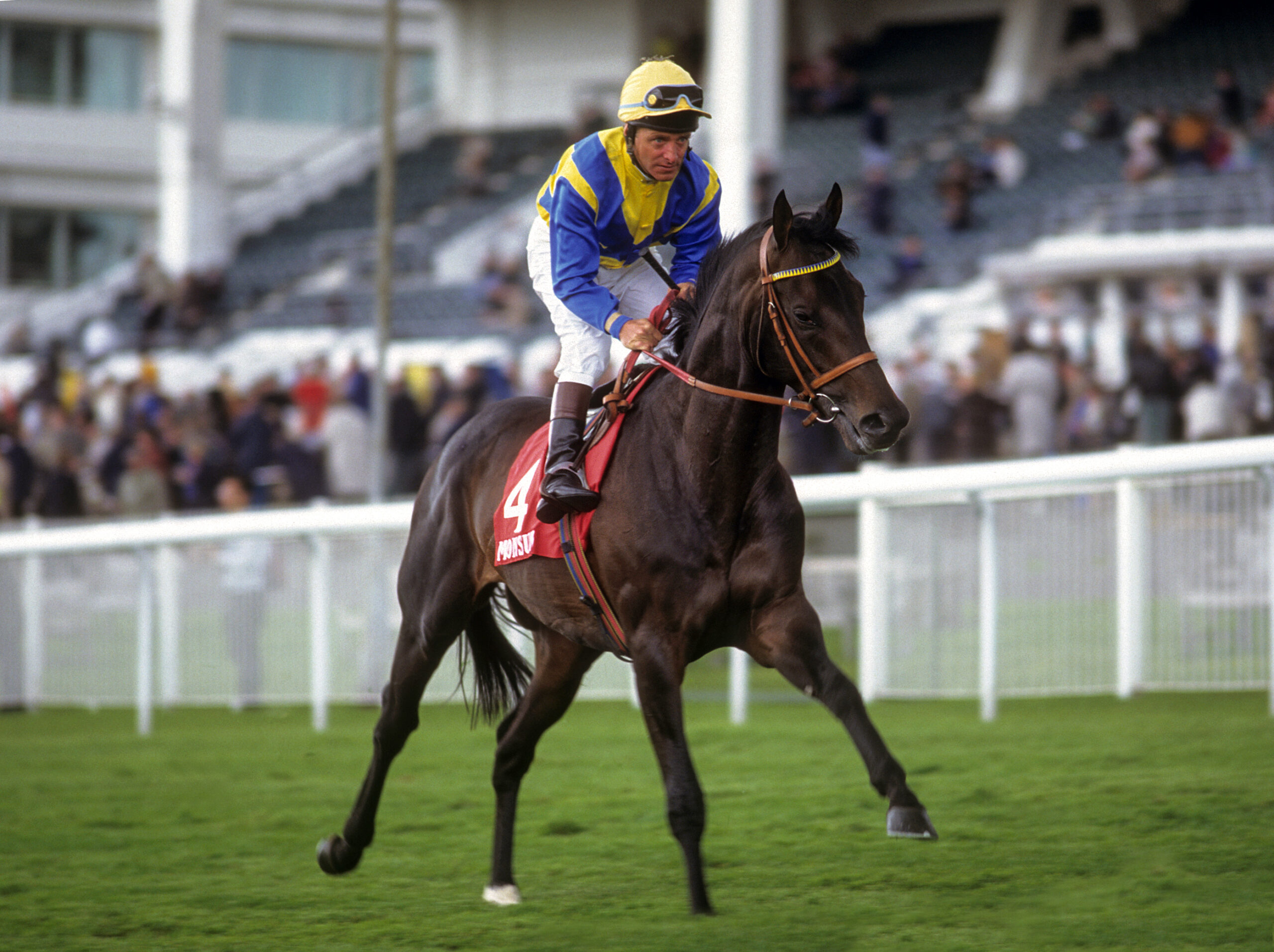 Monsun: changed the face of breeding and racing in Germany. Photo – George Selwyn

200 years of racing in Germany – the milestones

Bad Doberan in the north of Germany holds the first race meeting for thoroughbreds in the country.

Hoppegarten racecourse on the outskirts of Berlin races for the first time.

The Henckel- Rennen, which became the German 2,000 Guineas, is inaugurated.

The Deutsches Derby is run in its familiar form for the first time.

The Generalausgleich (GAG) system of rating horses is introduced.

The Direktorium, an association for racing and breeding similar to the Jockey Club, is established. It is now known as Deutscher Galopp.

The first ‘Galopper des  Jahres’ or horse of the year – a prestigious award in German racing – is voted for.

Königsstuhl, later sire of Germany’s best ever stallion Monsun, wins the triple crown of the 2,000 Guineas, Derby and St Leger.

Orofino is voted horse of the year for the third time.

Acatenango collects a third award as ‘Galopper des Jahres’ too.

The TV drama series Rivalen der Rennbahn, or Rivals of the Racecourse, attracts huge audiences who are captivated by the intrigue and the glamour of the racing world.

Lando wins the Japan Cup, and is still the only German horse to have done so.

Peter Schiergen beats Sir Gordon Richards’ longheld record for number of winners ridden on the Flat in a single season, with 275.

Manduro, another German-bred son of Monsun, is world champion.

Protectionist wins the Melbourne Cup, one of three winners of the ‘race that stops the nation’ by Monsun in four years, along with Fiorente and Almandin.

A grand celebration of the 200th anniversary of German racing is held at the Hotel Adlon in Berlin and at Hoppegarten racecourse. 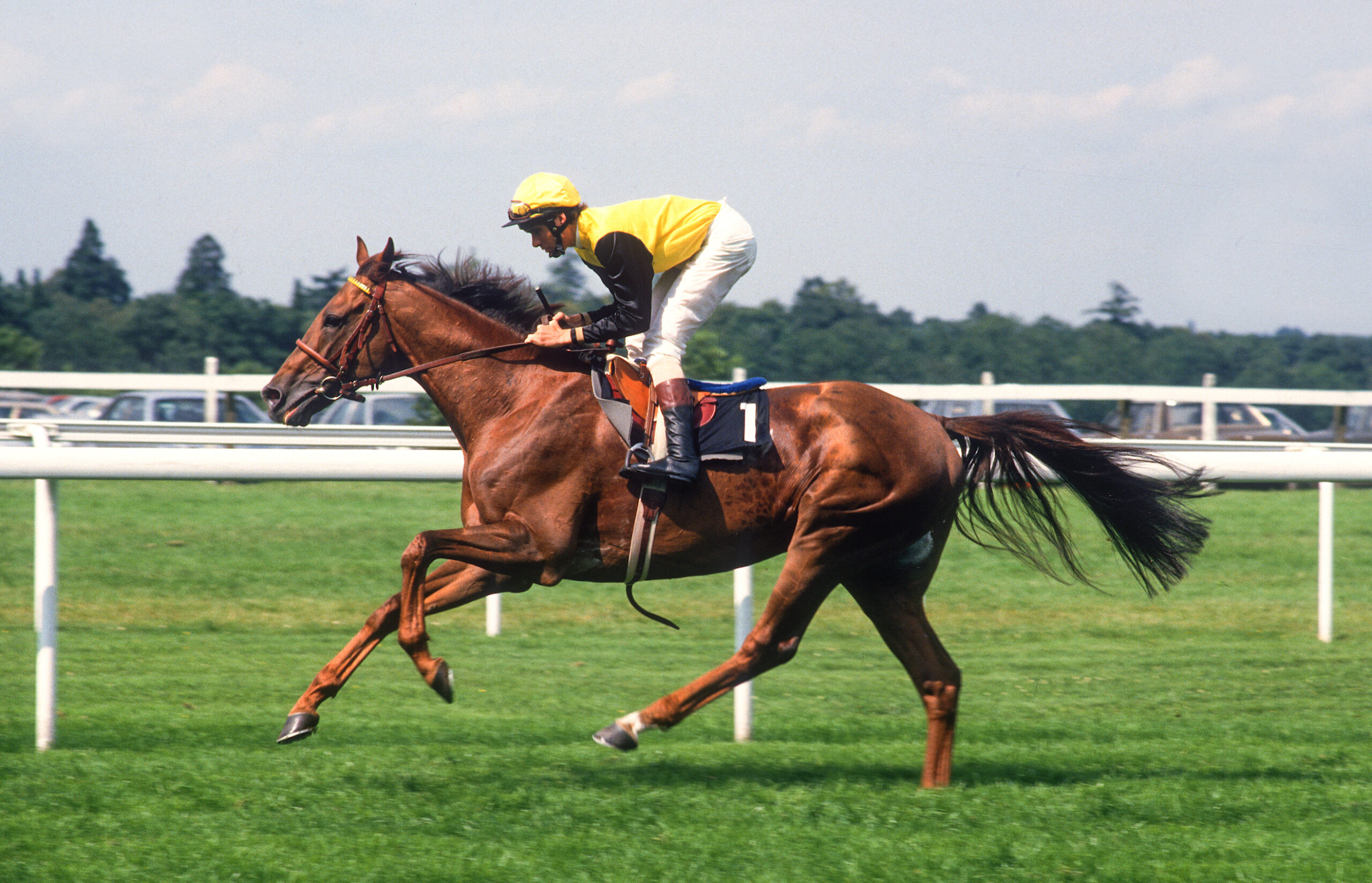 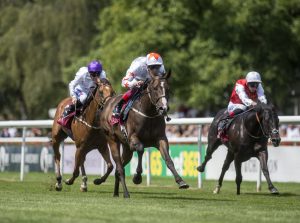 Up Next
Advertise and Aclaim to move to Manton Park