Leighton Aspell, who famously secured back-to-back Grand National victories in 2014 and 2015, is to retire for the second time when he has ridden two horses at Fontwell today.

Having originally retired in 2007, Aspell returned just two years later and went on to become the first jockey since Brian Fletcher to ride back-to-back winners in Aintree’s showpiece on Pineau De Re in 2014 before Many Clouds’ success a year later.

Aspell announced his decision after taking part in Kempton’s handicap chase on Saturday and told the Racing Post: “This is for definite now! I’ve had a brilliant second innings with the Hennessy and two Nationals.

“Retirement has been something that has been on my mind for a while. I could have retired at the end of the season, but when the entries came out for this week and I saw it was Fontwell on the Sunday – a local track – I thought I’d do it then.

“The highlight of my career would be the Nationals, but also riding for so many great people. Oliver [Sherwood], Lucy Wadham, Josh Gifford, Nick Gifford; I’ve been really lucky.

“I’m very proud to do it for as long as I have and it’s not for medical reasons or a lack of rides. I’m still going out on a relative high.”

Aspell’s final rides today are on the Oliver Sherwood-trained Ventura Dragon in the 2m5f handicap hurdle and the Nick Gifford-trained Itsnotwhatyouthink in the concluding 2m1f bumper.

Fontwell’s card today also features the Grade 2 National Spirit Hurdle (2m3f) which looks prime for the Olly Murphy-trained Thomas Darby, who got the better of yesterday’s Kingwell Hurdle winner Song For Someone when they clashed in a Grade 3 Handicap Hurdle at Ascot in January.

Over in Ireland today, Naas’ card features the Grade 2 two-mile novice hurdle will see the Gordon Elliott-trained Andy Dufresne bid to defy a penalty when he lines up in the contest.

Andy Dufresne returned to form in January when he captured the Grade 2 Moscow Flyer Novice Hurdle at Punchestown having been defeated prior to that run.

There is an all-weather meeting from Wolverhampton today. 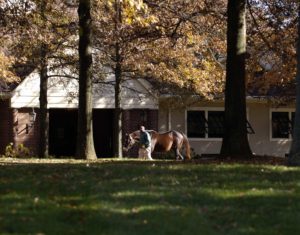