An important era in the history of Lane’s End Farm came to a close on Friday with the death of champion sire and Classic winner A.P. Indy at the age of 31.

A.P. Indy was one of those rare horses who excelled in every sphere, whether as the $2.9 million yearling sale-topper who remained at the head of his generation on the track or as the champion stallion whose influence on the breed grows ever more powerful by the year, both as a sire of sires and leading broodmare sire.

“It is with extreme sadness that we today announce the passing of our beloved A.P. Indy, he was 31-years-old,” read a statement from Lane’s End Farm. “A.P. Indy passed away peacefully in his stall at the Lane’s End stallion complex, the barn he called home for 27 years.

“Champion A.P. Indy’s list of accomplishments range far and wide as his legacy continues to be carried through the outstanding performances of his sons and daughters across the globe. He was the most important and popular member of the Lane’s End team and we are deeply sorry to all who loved him as much as we did.”

Bred in partnership by William S. Farish and William S. Kilroy, A.P. Indy topped the 1990 Keeneland July Sale on a bid of $2.9 million from Noel O’Callaghan of the BBA Ireland acting on behalf of Japanese owner Tomonori Tsurumaki.

His sale came just two months following the victory of his half-brother Summer Squall in the Preakness Stakes and time would tell that in the younger Seattle Slew colt – A.P. Indy – their dam Weekend Surprise had thrown a youngster in whom Tsurumaki’s money had been exceptionally well spent.

“A.P. Indy represented the full package upon his retirement”

Turned over to Neil Drysdale, A.P. Indy swept the final three of his four starts as a two-year-old, capped by a neck victory over Dance Floor in the Grade 1 Hollywood Futurity.

Successes in the Grade 2 San Rafael Stakes and Grade 1 Santa Anita Derby the following spring suggested that A.P. Indy would take all the beating in the Kentucky Derby, only for a foot bruise and quarter crack to derail any hopes of making the Run For The Roses.

Drysdale switched course, plotting a route to the Belmont Stakes that would take in the Grade 2 Peter Pan Stakes, and A.P. Indy duly obliged by winning both events.

Following a placed effort to Pleasant Tap in the Grade 1 Jockey Club Gold Cup back at Belmont Park, in which he was compromised by a stumbling start, there came that career defining moment in the Breeders’ Cup Classic, in which he turned the tables on Pleasant Tap with a two-length victory under regular rider Eddie Delahoussaye.

A.P. Indy’s handling of that 14-horse field was impressive that day and ensured that he ended 1992 as North America’s Horse of the Year and champion three-year-old.

A champion son of Seattle Slew who was out of an accomplished daughter of Secretariat in Weekend Surprise (a member of the Lassie Dear family subsequently responsible for Duke Of Marmalade, Ruler Of The World, Lemon Drop Kid and Wolfhound), A.P. Indy represented the full package upon his retirement to Lane’s End Farm in Kentucky for the 1993 season – and didn’t disappoint. 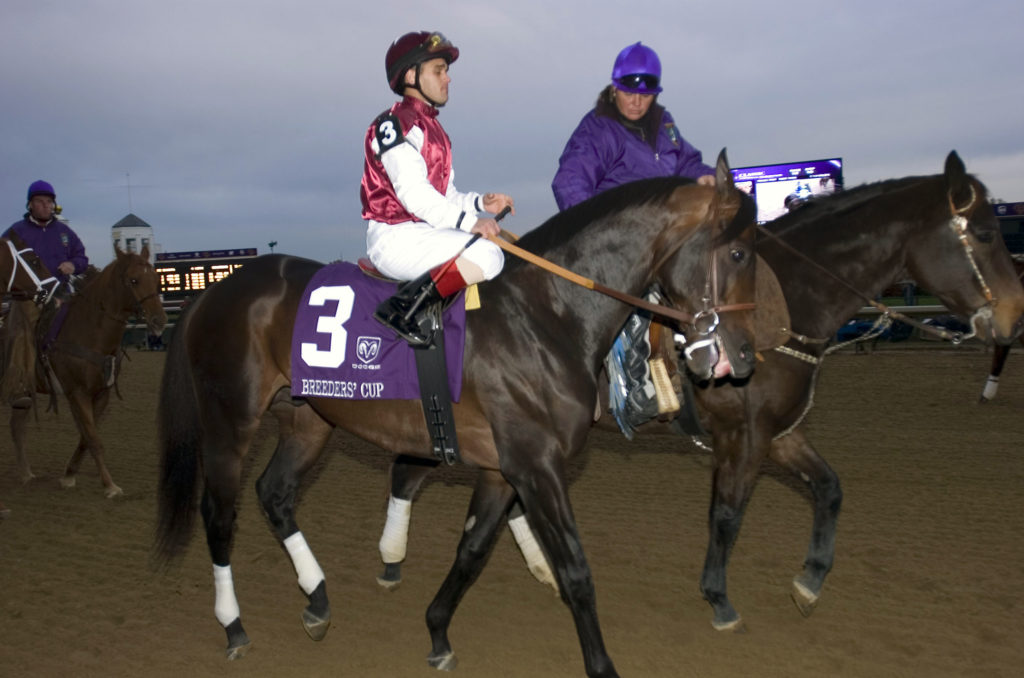 Bernardini: son of A.P. Indy is himself the sire of 15 Grade 1 winners – Photo: George Selwyn

Out of that first $50,000 crop emerged Pulpit, whose wins in the Grade 2 Fountain of Youth and Blue Grass Stakes made him one of the early favourites for the 1997 Kentucky Derby – he went on to run fourth despite chipping a knee in running.

Alongside that, Royal Indy, Runup The Colors and Tomisue’s Delight each developed into first crop Grade 1 winners, and later crops followed suit. There were Classic winners such as Horse of the Year Bernardini and then Rags To Riches, who became the first filly in 102 years to win the Belmont Stakes when defeating Curlin in 2007.

Multiple Grade 1 winner Mineshaft was also named Horse of the Year, in his case in 2003, while Honor Code, one of 36 foals in A.P. Indy’s final crop foaled in 2011, was crowned the champion older horse of 2015 following victories in the Grade 1 Whitney Stakes and Metropolitan Handicap; both Mineshaft and Honor Code now also stand at Lane’s End Farm.

If there is any gap on his record, it was a lack of impact in Europe for all that his ability to sire a high-class turf runner was showcased in the US via Telling and Indy Five Hundred, both Grade 1 winners on the grass.

Even so, A.P. Indy left behind just two European stakes winners in the Group 3 scorers Admiral’s Cruise and Mingun, a half-brother to Kingmambo no less. In that respect, he was not too different to his legendary sire Seattle Slew, a true bastion of the dirt thoroughbred.

Nevertheless, A.P. Indy has left behind an immense legacy, one that takes in a legion of successful sire sons. They include Pulpit, now himself a noted sire of sires via Tapit, a three-time champion sire for Gainesway Farm whose own emerging tribe includes current American second-crop sire sensation Constitution.

Darley’s Bernardini has sired 15 Grade 1 winners, among them Stay Thirsty, To Honor And Serve and recent Meydan Al Maktoum Challenge Round 3 Stakes hero Capezzano, and is now regarded as one of the most exciting broodmare sires of the current era.

Mineshaft, the sire of six Grade 1 winners including the popular Darby Dan Farm stallion Dialed In, also remains an useful option at the age of 21 while his Lane’s End stud-mate Honor Code has shown some promise with his early runners, which include recent Grade 3 Withers Stakes winner Max Player.

Another son, Malibu Moon, has also been a grand servant for Spendthrift Farm as the sire of 128 stakes winners led by Kentucky Derby hero Orb and champion Declan’s Moon.

Flatter and his brother Congrats, Friesan Fire, Golden Missile, Majestic Warrior, Old Trieste and Stephen Got Even are among the other sons of A.P. Indy to have sired Grade 1 winners.

A.P. Indy was also champion broodmare sire in 2015 and only recently was represented in that capacity by the Grade 1 Pegasus World Cup Turf Invitational winner Zulu Alpha.

It’s safe to assume that A.P. Indy’s influence within the Thoroughbred will only continue to strengthen and indeed, we’re already starting to see evidence of successful inbreeding to the stallion via the Grade 1 performers Sweet Loretta (by Tapit), Olympic Hanoi (by Adriano), I Spent It (by Super Saver) and American Anthem (by Bodemeister). 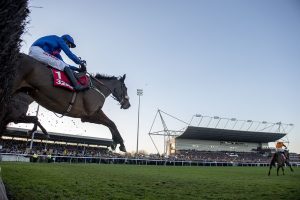