Reflections from an eventful Book 1

Gaining approval from the market is what every stallion master dreams of and during the three days of trade at Book 1 of Tattersalls’ October Yearling Sale, Shadwell’s young sire Muhaarar seemed to have that in spades, with 23 lots selling for a total of 5,347,000gns and an average of 232,478gns.

That strong set of results saw him break into the leading sires’ table, in fifth place, the only stallion with first yearlings on the market to do so. 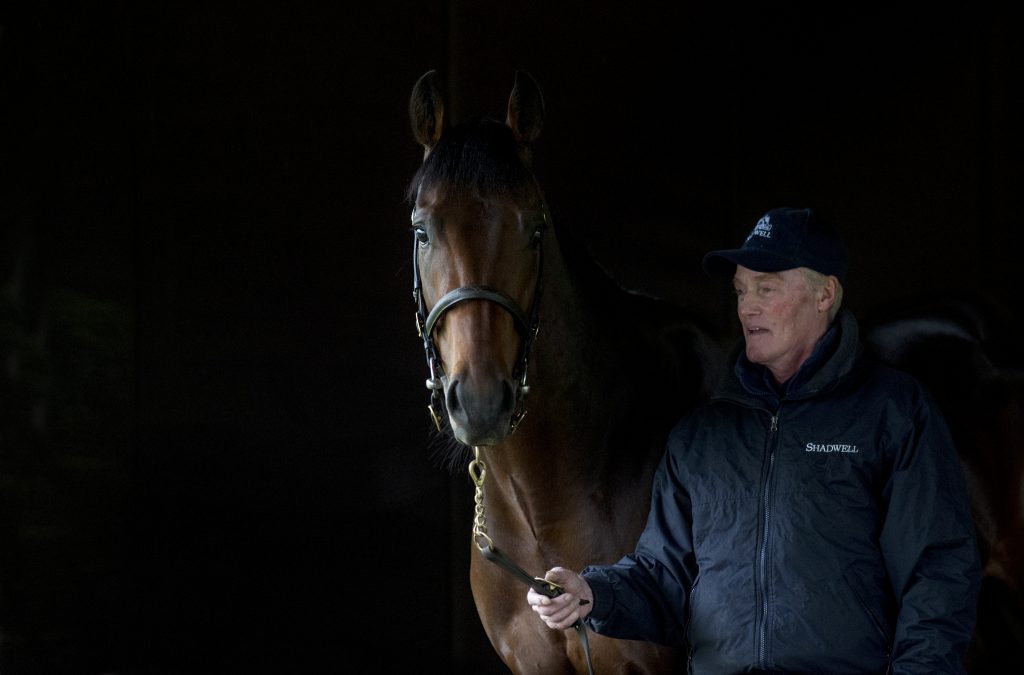 Unsurprisingly, Shadwell were strong supporters of the son of Oasis Dream in the ring, going to 925,000gns for the half-sister to recent Group 1 Cheveley Park Stakes heroine Fairyland and 500,00gns for a colt out of outstanding racemare Alexander Goldrun.

Other purchasers of Muhaarar yearlings included Blandford Bloodstock, Canary Bloodstock, Peter and Ross Doyle and Roger Varian, highlighting that the former sprinter has many admirers at the sales.

One of the most prominent purchasers during Book 1 was Stroud Coleman Bloodstock, accounting for 36 lots at an outlay of 21,075,000gns and an average of 585,417gns, with many of those purchases believed to be destined for Godolphin.

Anthony Stroud was in contact with Sheikh Mohammed and members of the Godolphin team during his time at Park Paddocks, with Thursday proving to be his busiest day when signing for 14 lots.

Stroud Coleman’s spending was nearly more than double that of Coolmore’s MV Magnier, who was the sale‘s second top spender having bought 13 lots for a total of 10,650,000gns and an average of 819,231gns.

Mimi Wadham and Violet Hesketh, better known as WH Bloodstock, headed to Newmarket with their debut draft at Book 1, which contained a Showcasing colt consigned on behalf of his breeders Anthony and Victoria Pakenham.

Their maiden voyage to the prestigious auction proved to be a success when the colt caught the eye of the Phoenix Thoroughbred team, who went to 650,000gns to secure him. The colt is by the same sire as Phoenix’s Group 1-winning juvenile Advertise, who faces off against unbeaten duo Too Darn Hot and Sangarius in Saturday’s Group 1 Dewhurst Stakes.

Wadham and Hesketh also had a strong result at the Goffs UK Yearling Sale when selling a Tamayuz colt for £110,000, and with one lot in Book 2 and a draft of six for Book 3, they could be in for more success.

Delighted would be an understatement. Am so delighted that @PhoenixThoroug1 have bought this wonderful colt. @mimi_wadham Best of luck 🙌🏼🤞🏻 https://t.co/FmfeHd7tm5

It is a remarkable feat to eclipse record turnover year on year but do so in seven consecutive years is mightily impressive – yet that’s what Book 1 of the Tattersalls October Yearling Sale managed to achieve.

The appetite for the best-bred yearlings on offer showed no signs of abating, with 14 million-guinea lots contributing to close-of-play figures that saw 392 lots sell for an aggregate of 106,503,000gns, and an average of 271,691gns.

There was another eye-catching statistic that Book 1 recorded this year; an 86% clearance rate, which improved on the 79% achieved in 2017. This was the highest clearance rate at the prestigious auction for a decade. 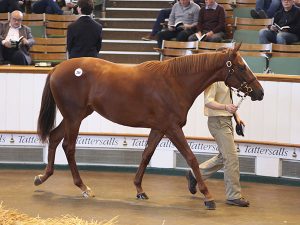 Up Next
Newsells top the consignors table at Book 1