Nube Negra advertised his claims for the Queen Mother Champion Chase at the Festival in March with a comfortable success in the Grade 2 Shloer Chase (2m).

Given a patient ride at the back of the four-runner field as Politologue and Harry Cobden led Rouge Vif and 2020 winner Put the Kettle On, Nube Negra moved stylishly into contention approaching the second last where a good jump took the seven-year-old past Politologue.

A fine leap at the final fence appeared to seal the deal and driven out by Skelton, Nube Negra galloped on powerfully to score by six lengths over Politologue with the reigning champion chaser Put The Kettle On four and a half lengths further back in third. 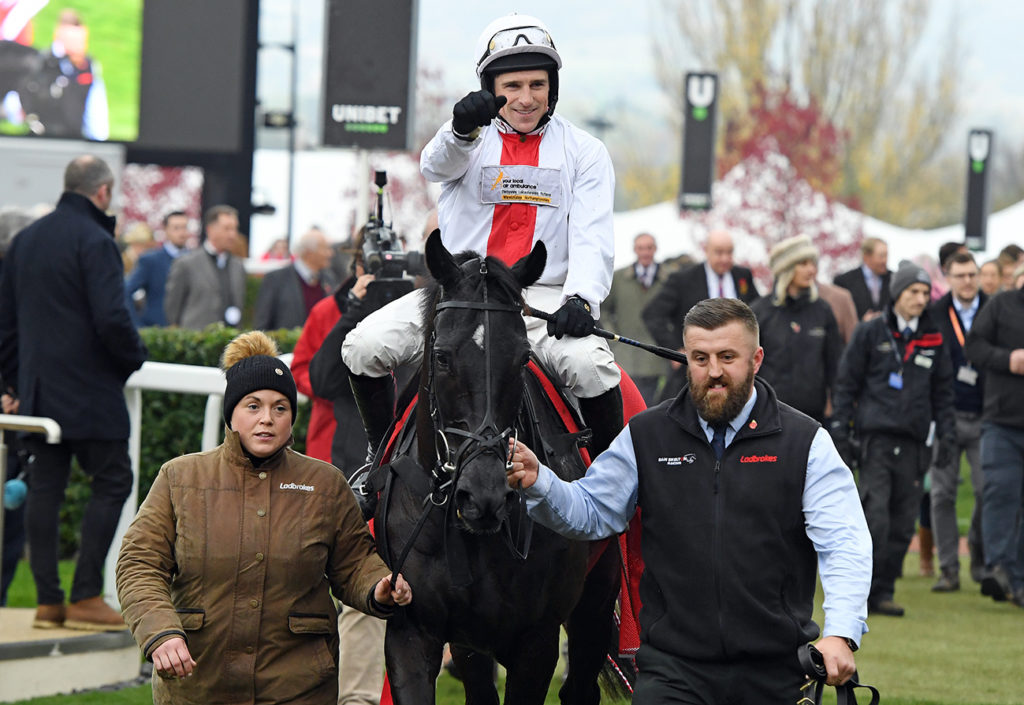 A delighted Harry Skelton returns to the winner’s enclosure after victory on Nube Negra in the Grade 2 Shloer Chase at Cheltenham | Photo: Bill Selwyn

Dan Skelton said: “That was brilliant and I’m just chuffed to bits with the horse, he was beaten a neck in the Champion Chase and I think that was a very strong race.

“I know Put The Kettle On didn’t turn up today but you’ve got Politologue in front going a hard gallop, which he kept up all the way to the line. I don’t know what Paul said before the race but he looked a fit horse, so that’s strong form and I’m just so proud of the horse.

“Sometimes you get washed under a bit with a second place, but I’m just so happy for him and Terry [Spraggett] who owns him has always wanted a big-time horse and he’s got one now. Now we’re going to look after him and he’s out of novice status now and into the big leagues, where it’s about winning these races.

“I’m sorry to beat John [Hales] and Paul [Nicholls] with Politologue, who didn’t deserve to get beaten there and ran his heart out.

“It doesn’t matter what sport you’re in, when you get beat it’s about being a professional. Sometimes it rolls against you and what can you do.

“There’s no point getting the hump and stamping your feet and saying you want to give up the game, you’ve got to use those situations to your advantage and learn from them. I learned more this week about the game that I probably ever have done, because I’ve got better horses.

“When you’re running these good horses things can go different ways, but that’s just sport and I’m proud to be a part of it. I had a tingle in my hands after he jumped the last and I don’t think I’ve had that ever. Racing is just brilliant.”

The afternoon got even better for the Skeltons when West Cork defied a 631-day absence to take the Grade 3 Unibet Greatwood Handicap Hurdle (2m½f). 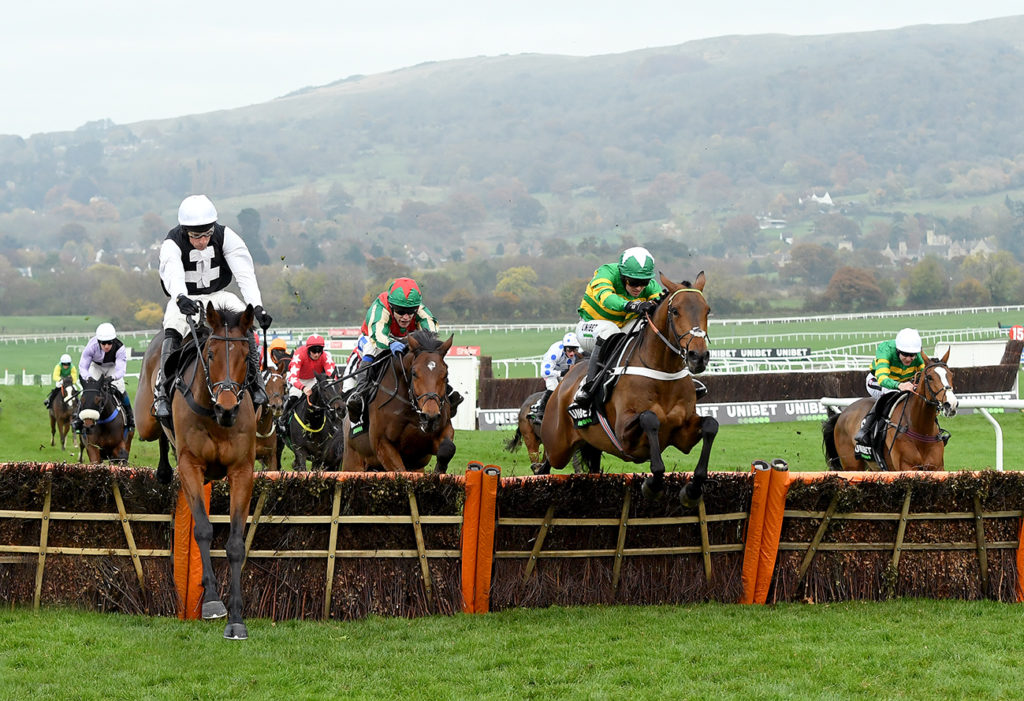 The seven-year-old Midnight Legend gelding, last seen finishing runner-up in the Grade 2 Dovecote Novices’ Hurdle at Kempton in February 2020, saw off top-weight Adagio by three quarters of a length.

The trainer commented: “He worked with Protektorat last week and with Nube Negra this week and I suppose that was a bit of a hint for him running in a handicap after being in with those two. It’s just magic, what a day!”

Not be outdone, Dan Skelton’s former boss Paul Nicholls enjoyed a superb treble on day three of the November meeting, taking the three-mile novices’ chase with the McNeill family’s Threeunderthrufive and the handicap chase (3m3½f) with veteran Yala Enki for owner Hills of Ledbury. The third win was provided by John Hales’s Timeforatune, who maintained his unbeaten record when taking the Listed bumper that closed the meeting.

Nigel Twiston-Davies has an exciting hurdler to look forward to in the shape of I Like To Move It. Son Sam guided the four-year-old to a comfortable victory over two rivals in the Grade 2 Sky Bet Supreme Trial Novices’ Hurdle (2m87y), following up his course and distance victory last month.

Small fields were also a feature of the classier contests on Sunday’s card at Fairyhouse where the Willie Mullins-trained Sharjah, owned by Rich Ricci, saw off Zanahiyr and stable companion Echoes In Rain in the Grade 1 Unibet Morgiana Hurdle (2m40y). 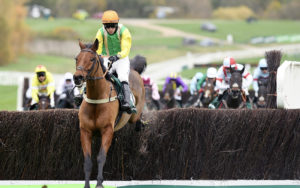