Another Graded performer for Tinagoodnight

Rockpoint’s impressive victory in the Grade 2 Albert Bartlett Novices’ Hurdle at Cheltenham on Saturday provided his dam, the Sleeping Car mare Tinagoodnight, with her second Graded performer from three runners to date.

She is best known as the dam of Nicky Henderson’s Grade 1-winning hurdler and exciting chase prospect Santini, who was an emphatic winner of the Grade 2 Ladbrokes John Francome Novices’ Chase earlier in December.

Tinagoodnight has also produced the Midnight Legend mare Dusky Legend, who secured black type of her own when finishing second in the Grade 2 Trull House Stud Mares’ Novices Hurdle at Cheltenham in 2016.

The trio are all products of Richard and Lizzie Kelvin-Hughes’ breeding operation, which has been responsible for a number of top-class horses over the years. Earlier this year, they held a dispersal of stock from their Trull House Stud, when Tinagoodnight was purchased by Stroud Coleman Bloodstock for £32,000.

Tinagoodnight’s three-year-old filly by High Chaparral also went through the ring, fetching £62,000 from Michael Hyde, along with a yearling filly by Walk In The Park who sold to Philip Kirby for £22,000.

Rockpoint carries the colours of John and Heather Snook, famously associated with the 2016 King George hero Thistlecrack, and it was the former who secured the son of Shirocco for €82,000 from Little Lodge Stud at the Tattersalls Ireland Derby National Hunt Sale in 2016.

Shirocco, who is 17 and stands at Glenview Stud in County Cork, was responsible for another winner on Saturday when the Kim Bailey-trained Brandon Roc returned to the track after a 219-day break to take a handicap chase at Hereford by eight lengths.

There was more success for Shirocco on Sunday when the Donald Whillans-trained Stainsby Girl sauntered to a 17-length success on her debut in a mares’ bumper at Carlisle.

What an impressive debut by STAINSBY GIRL as the daughter of SHIROCCO (pic) wins the Mares bumper @CarlisleRaces by all of 17 lengths for @dwhillansracing @AlDunc. An exciting prospect for the team & breeder @ClarendonFarm pic.twitter.com/4lW12MHXkD

Two years after landing the Grade 3 Caspian Caviar Gold Cup at Cheltenham, the Paul Nicholls-trained Frodon returned with a stunning weight-carrying performance to secure the race for a second time on Saturday.

The six-year-old, bred by Philippe Gasdoue, was one of two horses sourced from France to strike for the Ditcheat trainer on Saturday alongside Quel Destin, who held off the challenge of Elysees to win the Grade 2 Summit Juvenile Hurdle at Doncaster.

Frodon, a son of talented French jumps sire Nickname, began his career with Guillaume Macaire before making his first start for Nicholls in January 2016.

Quel Destin was bred by S C E A Haras Des Sablonnets Et Al out of the winning High Yield mare High Destiny and is a son of Haras du Mezeray resident Muhtathir, responsible for another Nicholls inmate in the shape of popular hunter chaser Pacha Du Polder.

The three-year-old was previously in the care of Guy Cherel in France before joining Nicholls earlier this year and again highlights the success Nicholls has had with former French jumpers.

Another son of Muhtathir to come to prominence this weekend was Gordon Elliott’s exciting prospect Envoi Allen, who maintained his unbeaten record with a smooth display to claim the Listed ‘Future Champions’ bumper at Navan.

Purchased for £400,000 at the Tattersalls Ireland Cheltenham February Sale, Envoi Allen graduated from Colin Bowe’s point-to-point academy and has made a blistering start to his career.

While the late Presenting heads proceedings in the jumps sires table for Britain and Ireland, the late King’s Theatre was able to reduce the deficit between the two thanks to Cogry’s gutsy success in the Grade 3 handicap chase at Cheltenham on Friday. 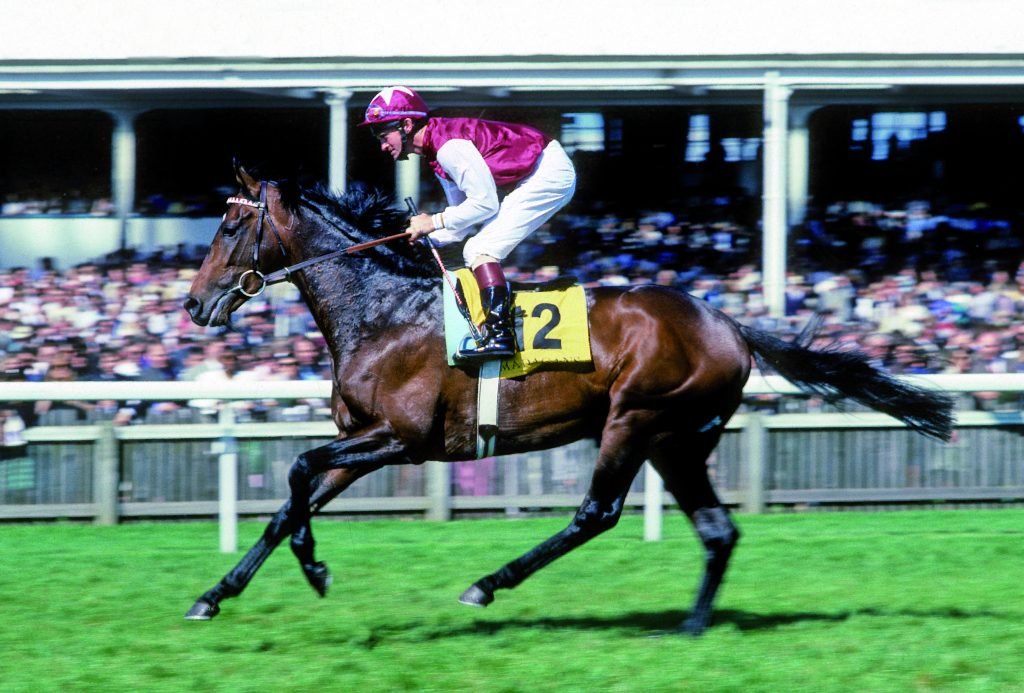 The late King’s Theatre has sired a number of top-class National Hunt stock over the years – Photo: George Selwyn

It was the nine-year-old’s first Graded success, the Nigel Twiston-Davies-trained gelding getting the better of Singlefarmpayment in a dramatic finish.

Whether King’s Theatre can usurp Presenting at the top of the table remains to be seen but with a host of horses entered over the festive period, the battle to be leading jumps sire looks one to follow.

Progeny of Oscar were among those to rise to the fore over the weekend as the former Grange Stud resident had two winners at Cheltenham on Saturday.

The first of those was the Rebecca Curtis-trained Drovers Lane, who took his chase record to three wins from four starts with an authoritative success over Le Breuil in the Ryman Novices’ Chase.

That was quickly followed by the Philip Hobbs-trained Ozzie The Oscar bouncing back to his best with a three and a half length victory in the Cheltenham Club Handicap Chase.

Ozzie The Oscar looking very happy with himself after his cracking win under the champ @dickyjohnson77 @CheltenhamRaces being led in by proud groom & rider at home; Izzy Stadden #winners #TeamHobbs pic.twitter.com/7rXgZtsOLn

A day earlier, it was the turn of the Donald McCain-trained Lough Derg Jewel to register a first win since December 2017 at Doncaster.

Congratulations to all connections 🏆 pic.twitter.com/gO5FtnZylt

Oscar has had notable success as a damsire, with Grand National runner-up The Last Samuri among the progeny to be produced by his daughters. At Navan on Sunday he was the damsire of another two winners.

Salty Boy got the better of Golden Jewel to land the Tara Handicap Hurdle and he was bred by Edward Kearney out of Oscar’s daughter Ballons Oscar, who hails from the family of Grade 1 performer Black Jack Ketchum.

The penultimate race on Navan’s card saw the TJ Nagle-trained Danse Away record the third win of his career with a head success in a 2m4f handicap chase. Out of the unplaced mare Tastytimes, Danse Away capped an excellent weekend for Oscar. 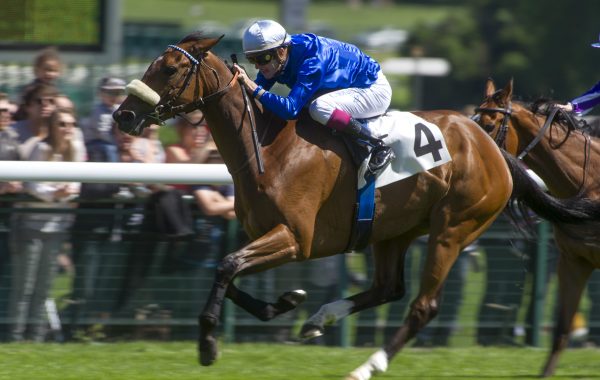 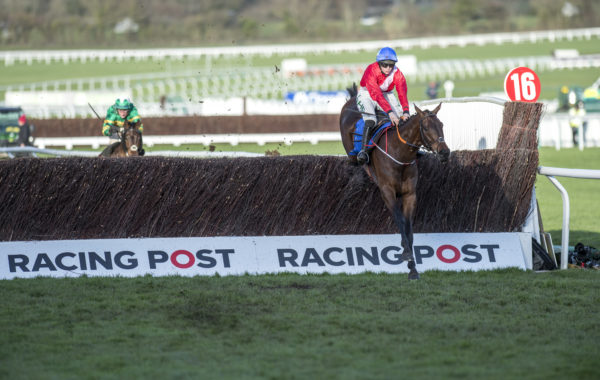 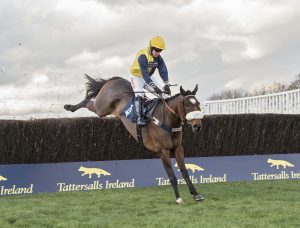