A €1.5 million daughter of Galileo led the way to head a market that gained much of its depth from an array of American interests

Back in its traditional home of Kildare Paddocks, the Goffs Orby Sale served notice that it is back on track on Tuesday with a positive first session that was highlighted by a €1.5 million daughter of Galileo.

The challenging nature of last year’s renewal, staged in Doncaster against the pandemic backdrop, became a receding memory as yesterday’s session gained momentum. When all was done and dusted, heart could be taken from a market in which €19,574,500 was traded on 188 horses at an average of €104,120, up 37% from the corresponding session in 2020. The median rose by 36% to €75,000 while the clearance rate wound up at an impressive 92%.

As anticipated, there was no activity from either Godolphin or Shadwell Estates. Instead, the market gained much of its depth from an array of American interests, many of them lured to Ireland on the advice of Goffs’ new American representative Jacob West, tempted no doubt by a flight sourced specifically for the job that flew out of New York on Saturday evening.

Such significant investment by Goffs, however, was swift to be rewarded.

West himself signed for a €250,000 daughter of Lope De Vega out of Group 3 winner Only Mine. Trainer Kenny McPeek went to €440,000 for a Galileo colt while Anthony Dutrow came away with the Dandy Man half-sister to recent Grade 1 Saratoga Derby Invitational winner State Of Rest at €180,000. American-based agents Justin Casse, Deuce Greathouse, Dan Hayden, Bo Bromagen and Ben McElroy also made purchases as did owners such as DJ Stables, Lewis Lakin, Philip Antonacci, Lindsay Laroche and breeze-up pinhooker Niall Brennan.

With Galileo’s demise having left a fierce hole within Coolmore, it was no surprise to see MV Magnier and his team make a determined play for the session-topper, coming out on top with a bid of €1.5 million over American agent Jacob West.

A quality-laden individual with a look of her late sire about her, the filly’s appeal is further underlined by the fact that she is the first foal out of top American two-year-old Nickname. A daughter of the much-missed Coolmore stallion Scat Daddy, she enjoyed her finest moment when successful in the 2015 Grade 1 Frizette Stakes for the Roth family’s LNJ Foxwoods.

Nickname’s place within the 2017 Fasig-Tipton November Sale came at a time of heavy spending for Phoenix Thoroughbreds and indeed her sale to the currently beleaguered operation was one of its most high-profile acquisitions, with the mare commanding $3 million through Kerri Radcliffe.

The sale of the Galileo filly marked a landmark moment for vendor Baroda Stud, whose previous high at this sale came courtesy of a Dark Angel sister to Harry Angel who realised €1 million in 2019.

However, the filly will actually be making a return to familiar territory, as Magnier outlined.

“She’s been in Coolmore all her life,” he said. “All the lads who took care of her liked her. Her mother was a very good race filly and she’s by Scat Daddy, who looks like he’ll be a good broodmare sire. And obviously she’s by Galileo. She’s a beautiful filly.” 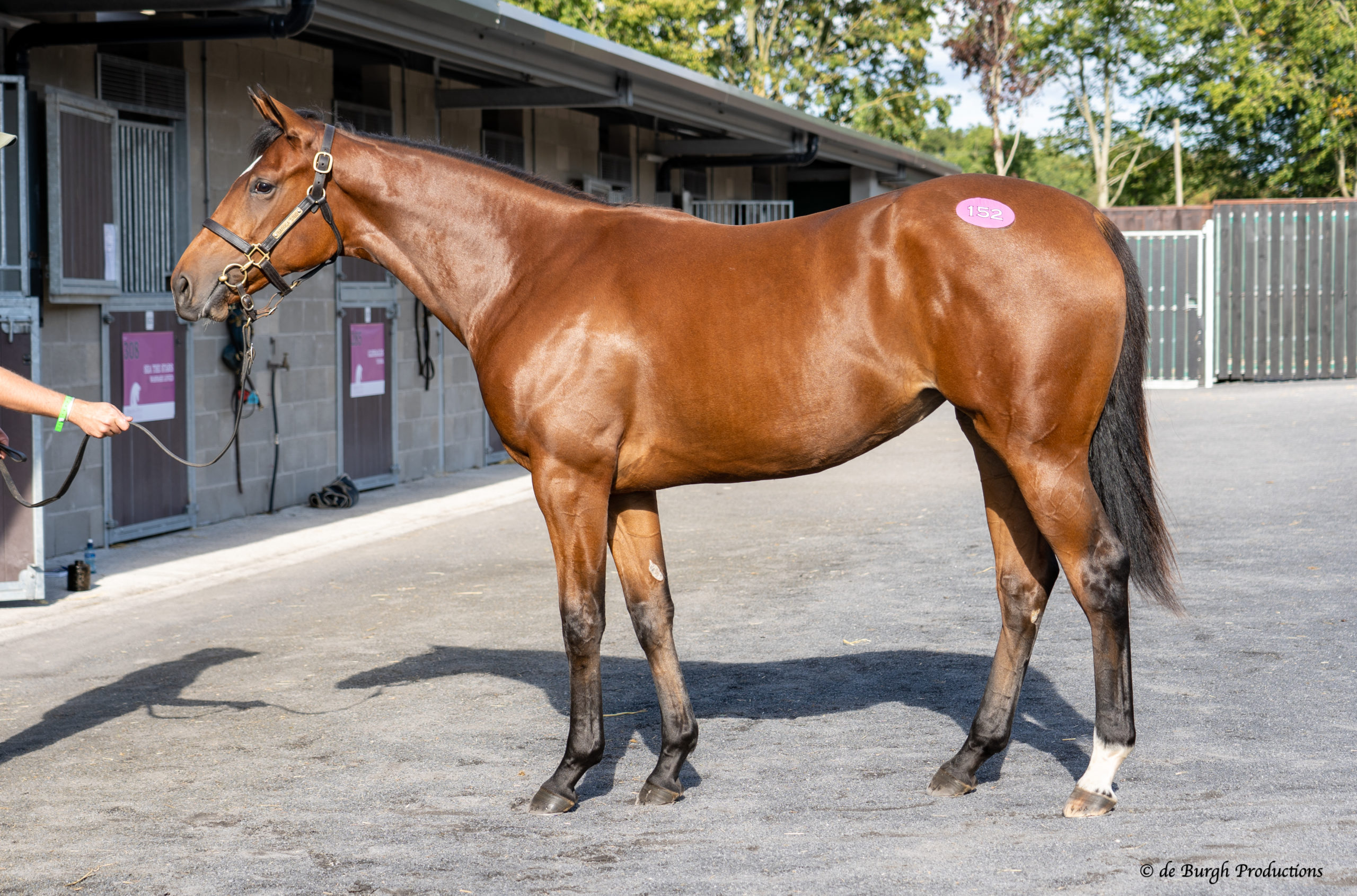 The Galileo filly out of Nickname, sold for €1.5 million. Photo – Goffs

On what was a productive day on the selling front for Phoenix Thoroughbreds, the outfit also sold a Galileo colt out of the smart Pocketfullofdreams for €440,000 to American trainer Kenny McPeek.

Offered by Luke Barry’s Manister House Stud, the colt is the second foal out of his Listed-placed dam, an Invincible Spirit half-sister to the Group 2 Prix de Royallieu winner The Juliet Rose who was purchased by Phoenix for 1 million guineas at Tattersalls in December 2018.

Making his first trip to Goffs, McPeek has put together a partnership consisting of established clientele to campaign the colt, and is looking forward to seeing what he can achieve Stateside.

“Keeneland ran out of yearlings!” he said, alluding to the marathon Keeneland September Sale in Kentucky which ended it’s record-breaking run last week. “We’re exhausted but decided to come over here. My wife and I worked our way through all the yearlings and this is a beautiful horse. I’m very lucky to have a very good group of clientele and I reached out to people and was able to put together a partnership.

“We’ve got a lot of grass racing in the US but who knows, perhaps this colt could take to the dirt too. It will be an interesting journey. I thought the price was very reasonable.”

‘He’s the best yearling I have ever seen’

One of the boldest pinhooks on offer this year at €300,000, the Footstepsinthesand half-brother to Phoenix Stakes winner Lucky Vega turned a major profit for Filip Zwicky and his Scandinavian connections when reselling for €630,000 to Michael Donohoe of the BBA Ireland on behalf of Yulong Investments.

The colt boasts a fine page as a half-brother to last season’s top two-year-old Lucky Vega, who was purchased by Donohoe and Yulong out of this sale in 2019 for €110,000. And like that Group 1 winner, he will be trained by Jessica Harrington.

However, the colt is also an exceptional physical, as Donohoe outlined.

“He’s the best yearling I have ever seen – that’s the truth,” said Donohoe after outbidding Mick Kinane of the Hong Kong Jockey Club. “I’ve been watching him all week. He’s phenomenal physically and he has an amazing temperament. Lucky Vega had an amazing temperament too and this lad looks to be the same – he never turned a hair up here.

“Then you have the connection with Lucky Vega and it all added up. I had to push the boat out to get him but it’s worth it.”

He added: “Lucky Vega was a proper Group 1 horse, maybe a little bit unlucky on occasions. He’s been very popular in Australia [where he is standing his first season at Yulong Stud]. He’s got his first seven mares in foal and we’re close to securing a stud spot for him up here.”

In addition to Lucky Vega, the colt is a half-brother to two other winners and out of Queen Of Carthage, an unraced daughter of the Prix de l’Opera heroine Satwa Queen.

He becomes the most expensive yearling to ever sell by his veteran sire Footstepsinthesand. Now rising 20-years-old, the son of Giant’s Causeway stood the past season at Coolmore for €12,500. 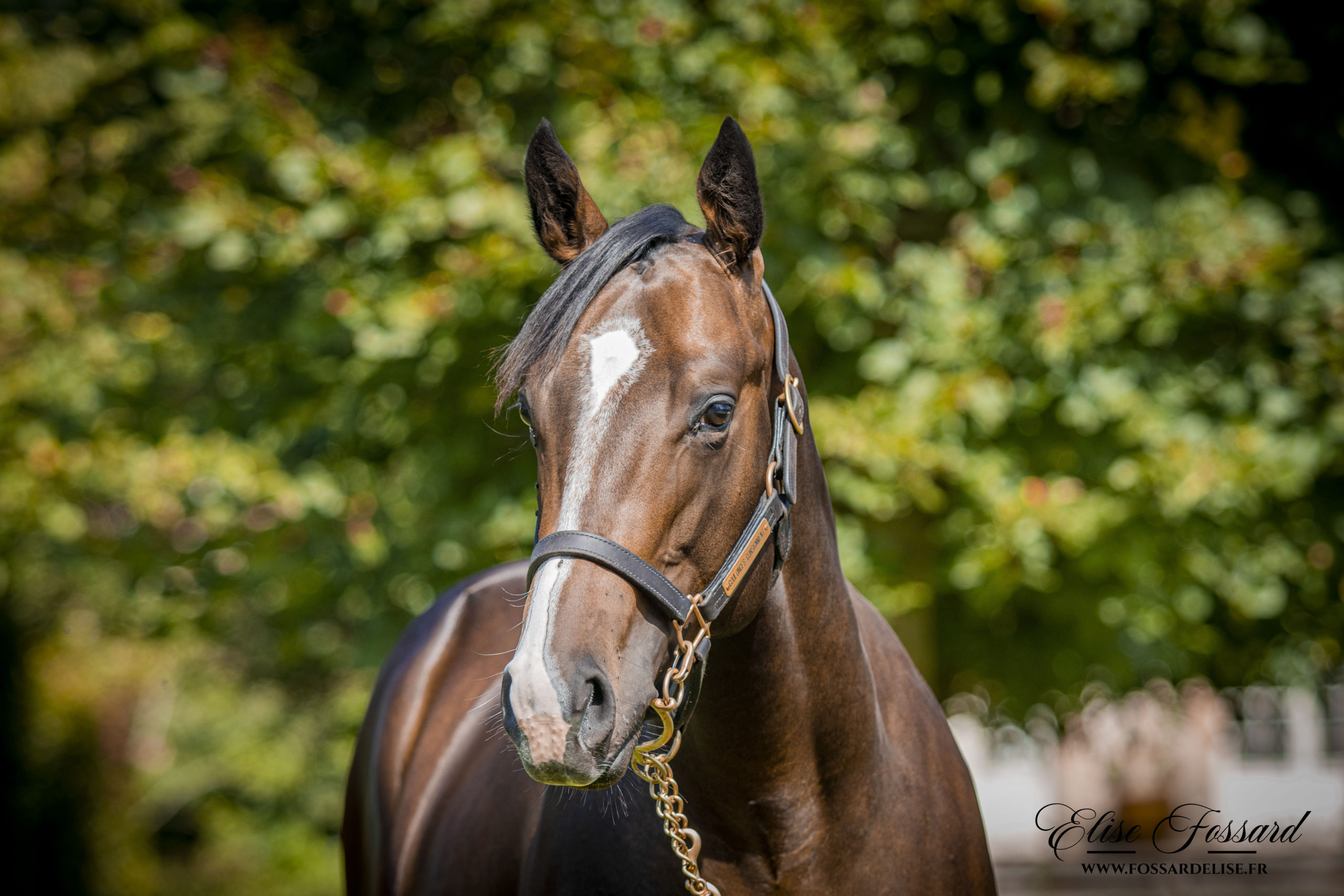 Michael Donohoe of the BBA Ireland signed at €630,000 for this colt. Photo – Goffs

Johnny Murtagh had his eye on the new Goffs Million race after signing at €500,000 for one of the most regally-related lots of the day, a Kingman filly out of dual Classic-winning miler Finsceal Beo.

As with the session-topper, it was American agent Jacob West who came out second best on the filly, who is a half-sister to Beresford Stakes winner Ol’ Man River, himself the €2.85 million Orby topper of 2013.

A brisk start to the day also featured the popular sale of a Kodiac filly by breeder Alice Fitzgerald for €340,000 to Ross Doyle.

The sole offering from Fitzgerald this week, the filly is out of the winning Medicean mare Fikrah, a former €13,000 purchase whose three winners include the Wokingham Handicap winner Hey Jonesy.

After outbidding Daithi Harvey, standing with Princess Yaiza’s owner Lindsay Laroche, Doyle confirmed that the filly would join Richard Hannon with an eye on next year’s Goffs Million Sales race.

“Richard has obviously had a lot of luck with Kodiac, with the likes of Tiggy Wiggy and Fox Champion,” said Doyle. “She’s a half-sister to a quick horse, Hey Jonesy, who was also a good two-year-old and she is a beautiful filly from a very good nursery – we bought [Weatherbys Super Sprint winner] Ginger Nut off Alice. Hopefully this filly is one for the Million.” 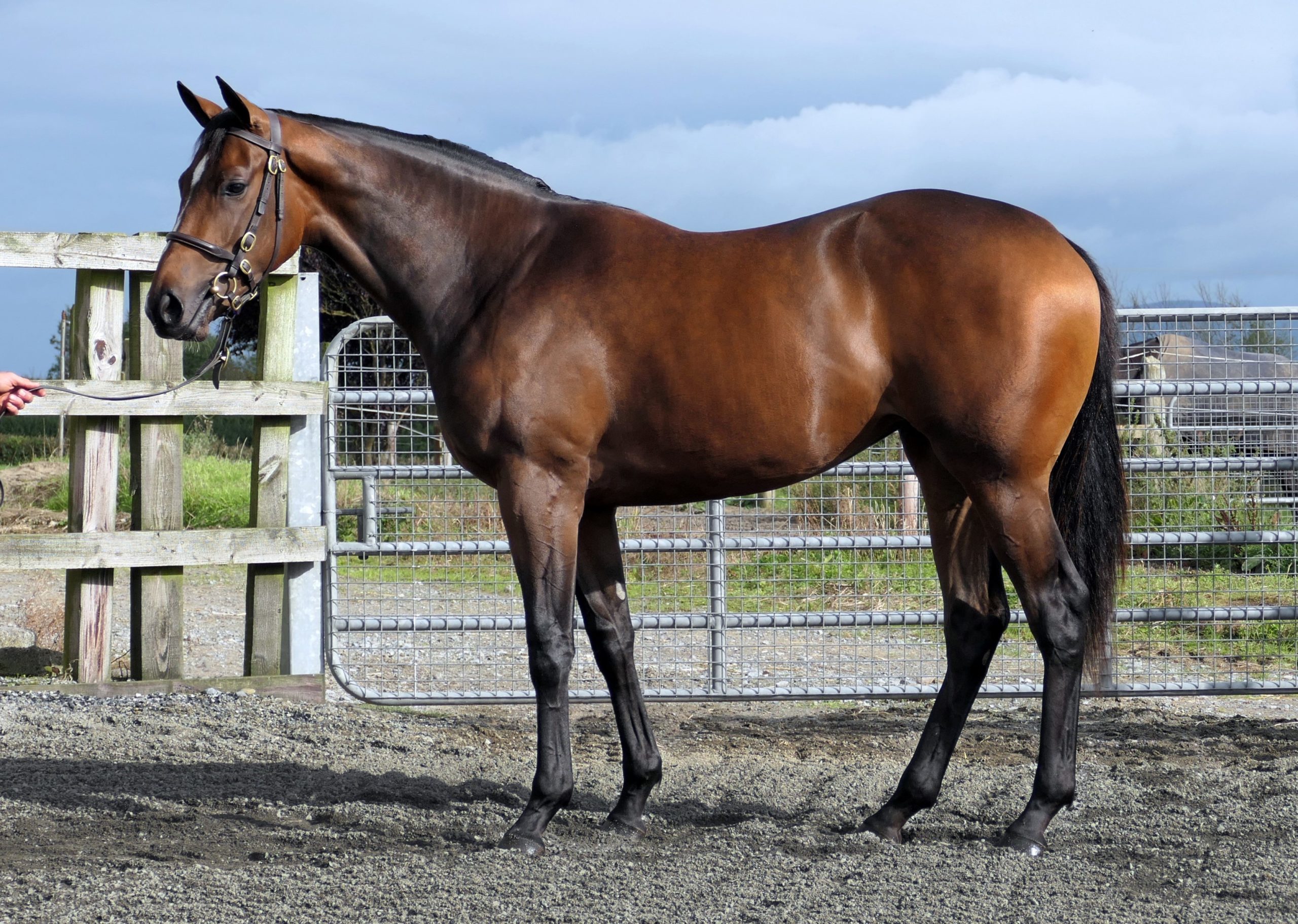 Al Shira’aa at the double

Meanwhile, a quest to purchase well-related fillies to join its broodmare band pointed Al Shira’aa Farms in the direction of the half-sisters to this year’s top milers Mother Earth and Poetic Flare respectively.

Al Shira’aa Farms have enjoyed a good season on the track, notably as the owners of Group/Graded stakes winners Rumi and Mutamakina, both of whom were bought through Shawn Dugan. It is also starting to gain traction as a breeder under the stewardship of Kieran Lalor at its Meadow Court Stud; its early forays into the world of breeding include Dhahab, this year’s Superlative Stakes third.

Also popular at €310,000 was a Ribchester half-sister to the Group 3 winners Scintillula and Cuis Ghaire. Badgers Bloodstock came out on top for the filly, who is a half-sister to seven winners in total and was offered by Clare Manning’s Boherguy Stud.

The Goffs Orby Sale continues tomorrow at 10am. 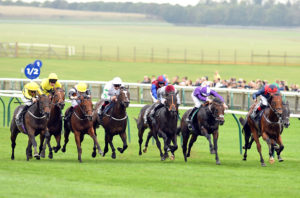 Up Next
Perfect Power strikes in Middle Park