A powerful burst of speed propelled Perfect Power to the second Group 1 of his career when he was an impressive winner of the Middle Park Stakes at Newmarket on Saturday.

The two-year-old, who has been a flagbearer for Ardad’s first crop of juveniles that hit the track this year, came into the race off the back of landing the Group 1 Prix Morny at Deauville last month.

In that contest Christophe Soumillon dropped his mount out the back and it was the same again on Saturday as the French jockey, who had travelled over to Newmarket for the ride, settled Perfect Power at the rear of the field.

The pace was being set by Twilight Jet and there were worrying moments as it appeared Soumillon was having to encourage his mount along as they entered the final two furlongs.

Yet Soumillon knew the extent of the engine underneath him and as soon as he switched Perfect Power out to the right to make his challenge, the response was electric as the colt moved through to win by half a length from Castle Star. There was a further neck back to Armor in third. 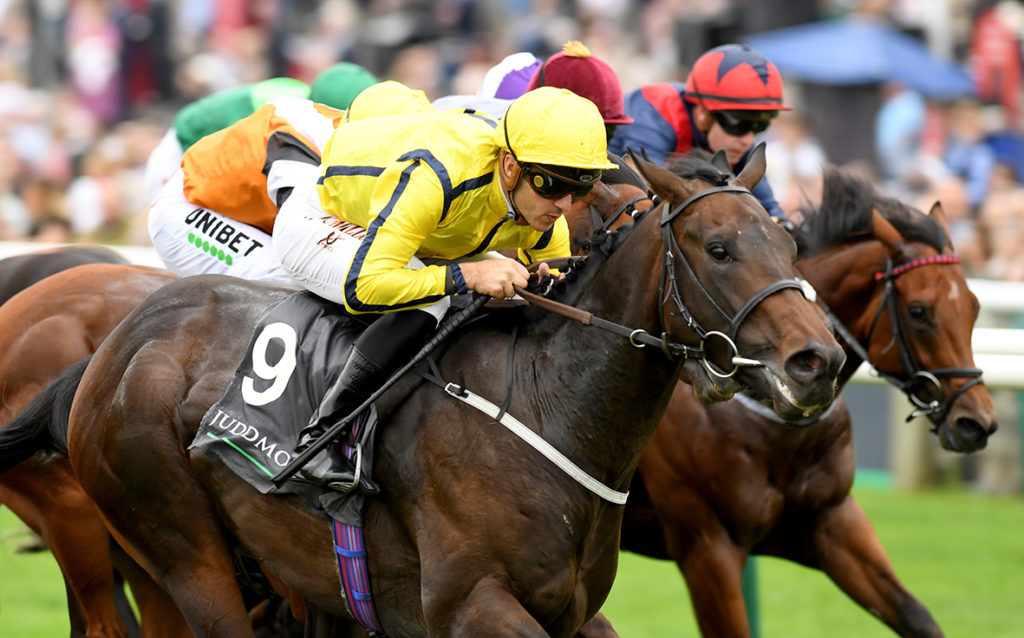 Winning trainer Richard Fahey said: “This is a very special day with a very special horse given a very special ride. He’s special and you could see that with the way he quickened. He’s had a busy season, but he loves it. He spends most of his time laying down asleep at home and saves his best for these days.

“I was very confident coming down this morning, but having watched the previous races here, I thought we had an impossible task from slot one. It was a great performance and it’s not often you have a dual Group 1 winner in the yard, and I’m delighted for the team and the owner Sheik Rashid [Dalmook Al Maktoum] who is here today.

“I don’t know if he’ll run again this year. We’ll have a chat to the team, but we’ll give him every chance to be a 2,000 Guineas horse next year. We could run him in a trial as you don’t get a Group 1 penalty these days.”

Soumillon, for whom it was a first ride in Britain since 2019, added: “I wasn’t worried that I was a bit far back as I knew having ridden him at Deauville that he could accelerate quite fast.

“The problem was that he stumbled twice in the Dip which left me a bit far from the front, but he quickened in the last furlong like he did in France. I knew before the race that I had the best horse, I just had to be confident on him.”

Tenebrism returns with a bang

Tenebrism more than made up for having only run once prior to Saturday as she chased home frontrunner Flotus to capture the Group 1 Cheveley Park Stakes earlier on Newmarket’s card.

The two-year-old boasts a fine pedigree being by Caravaggio and out of the dual Group 1-winning Pivotal mare Immortal Verse and was running for the first time since scoring on debut at Naas in May.

Trainer Aidan O’Brien said: “I didn’t think it was possible for her to do it, not because of ability, but because of the layoff. 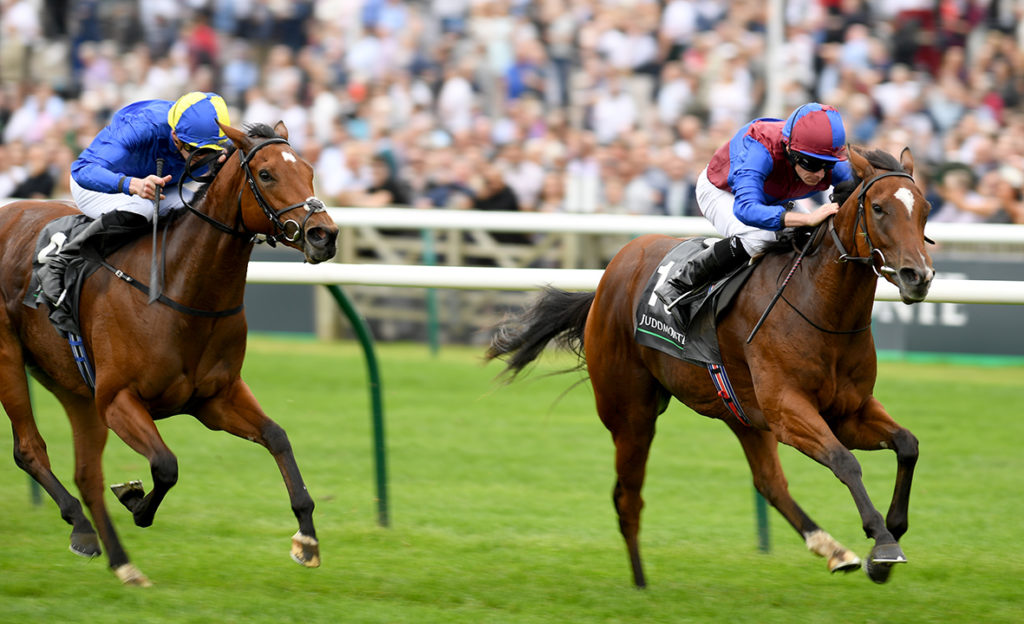 Tenebrism (right) was winning the Cheveley Park Stakees on only her scond start – Photo; bill Selwyn

“She had a setback after her first race and was off a long time. She was literally just ready to come racing. I had a knot in my stomach wondering whether it was fair to run her, but there’s only one Cheveley Park, and you don’t often get horses with her speed and turn of foot. I just thought today was too early for her.

“It’s a rare thing to see a horse quicken like that – not many horses can do it. How far will she stay is the next thing? I had her in a seven-furlong race this weekend and usually if they get seven, they might get a mile.

“If she was to go again this season it would be to America, but the lads will decide whether or not they want to go to the Breeders’ Cup. It would depend on how she comes out of this race, but we would be delighted to go.”

Also at Newmarket, the Group 2 Royal Lodge Stakes went the way of the Mark Johnston-trained Royal Patronage while the Cambridgeshire was won by Bedouin’s Story, who came from last to first under the ride of Jamie Spencer. 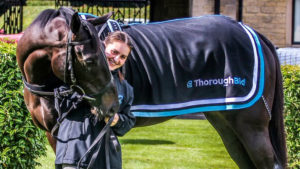 Up Next
ThoroughBid announces second sale