Topped by the $3.1 million paid by Spendthrift Farm for Grade 1 winner Paris Lights, seven lots hit the million dollar mark to headline a steady opening session of the Keeneland November Sale in Lexington, Kentucky, on Wednesday.

“It was a good, steady, strong session,” Keeneland President and CEO Shannon Arvin said. “We felt great about the way today went. It was as we had expected and hoped. We heard a lot of people say it was tough to buy. They didn’t get to fill their orders so hopefully they’ll be looking to do that in the next nine sessions.”

“Overall it was a very honest, fair, encouraging session,” Keeneland Vice President of Sales Tony Lacy said. “The popularity and success of American pedigrees across the world is evident. [International buyers] are excited to be back [after the pandemic travel restrictions of the past]. As we welcome more visitors from around the world, we see a more diverse group. They are active and they are going to be active into Books 2 and 3. They are not going anywhere anytime soon. That is encouraging as we step forward into the next year or two.”

Session-topper Paris Lights, a four-year-old Curlin filly from the family of Broodmare of Year Better Than Honour, was consigned as a supplementary entry by ELiTE, as agent. In nine starts for Bill Mott, she won five races including the 2020 Grade 1 Coaching Club American Oaks at Saratoga.

“Very classic American racehorse – big, scopey filly,” Spendthrift General Manager Ned Toffey said. “I think she will fit Into Mischief [who stands at Spendthrift] really well. We are happy to have her.”

He added: “The market is very strong. It was pretty good across the board and very competitive. We tried on one earlier and didn’t get her. [The price for Paris Lights] was very much what we thought we would have to pay. We were hoping to get her for less. She comes from as good a family as we have in the stud book.”

“For her to be our first Grade 1-winning filly in such a short time period is very special in and of itself,” WinStar Stablemates Director Mary Cage said. “And for her to then be able to come to Keeneland November and sell for such a high price tag really speaks to the quality of fillies and mares that we’re able to offer to these people to be part of the ownership experience.

“Partnerships and syndicates are so important to getting people into the sport for a fraction of the cost, a fraction of the risk. And to be able to do it at this level, I think is a second-to-none sort of experience that they’re gonna remember forever.” 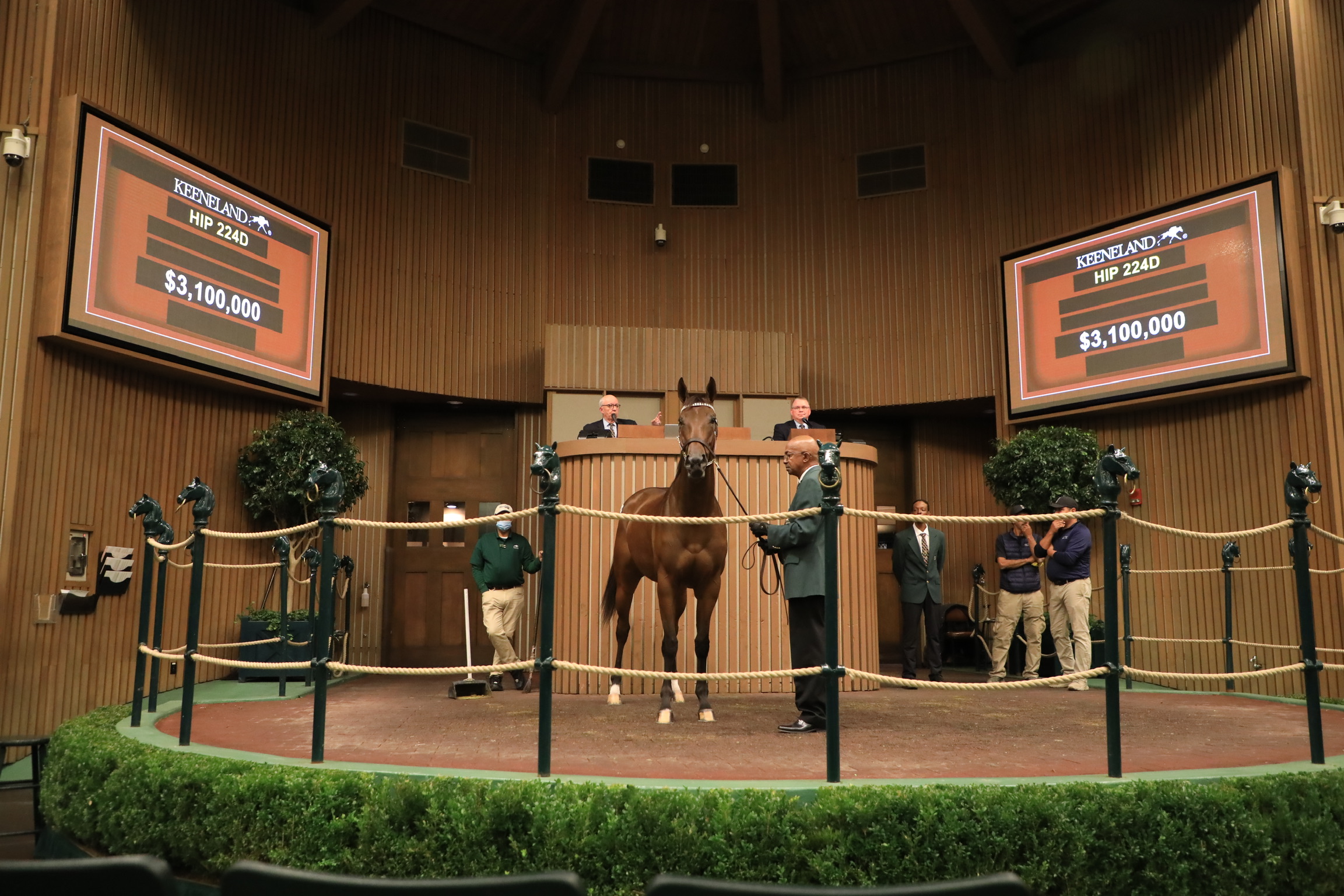 As at the previous night’s Fasig-Tipton November Sale, Japanese participation was an important element to the top end of the market.

Buyers included Masahiro Miki, who purchased $3,675,000 worth of stock led by the $2.3 million Grade 3-winning Tapit mare Pink Sands Consigned by Gainesway, agent, the six-year-old mare is out of Grade 1 winner Her Smile and is in foal to Into Mischief.

“She exceeded what we thought we’d get for her coming here by a bit,” said Gainesway General Manager Brian Graves. “It wasn’t a lot more than we felt we could possibly get for her, but obviously everybody’s really happy. She was really quality. We felt we had a chance to be one of the best mares in Book 1 with her, and we’re just really thrilled with that.”

The Galileo mare Satin And Silk also rang a bell, selling for $1.4 million to Claiborne Farm, as agent. A former 900,000gns Tattersalls October yearling, the mare went winless in six starts for Aidan O’Brien and wound up rated 64. However, she is very well related as a half-sister to Grade 1 winner Materiality and Grade 2 winner My Miss Sophia (dam of current Grade 2-winning two-year-old Annapolis), and was sold carrying her first foal by American Triple Crown hero Justify.

“She is for a farm client,” said Bernie Sams, Claiborne’s Stallion Seasons & Bloodstock Manager. “We liked her, and My Miss Sophia is at the farm and we know the family.”

“It’s a great page, great family,” said Dorman. “She’s got great conformation, so she ticked all the boxes. She’ll be in the racing programme and hopefully improve her page and go from there. She’s long term for us.” 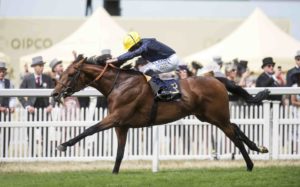 Up Next
Record trade continues at Tatts Ireland