“The market is strong; it is buoyant, which is lovely to see”

Total turnover for the Tattersalls Ireland November National Hunt Sale surpassed the previous record figure of €11,688,200 on Wednesday thanks to another buoyant session that further showcased the popularity of Coolmore’s young sire Crystal Ocean.

A son of the Prince Of Wales’s Stakes winner became the first foal this week to break the six-figure barrier when sold for €120,000 to Kevin Ross and Ben Case. The pair were acting on behalf of Lady Jane Grosvenor for the colt, who is out of the young Mahler mare Daydream Beach, a half-sister to the high-class dual purpose performer Airlie Beach.

“This is a good sized foal and he has a great pedigree and he will come back for resale,” Case told Tattersalls Ireland after outbidding Joey Logan. “He is just a gorgeous horse and we thought he stood out today. We are delighted to get him. Whether he will turn out to be ok, who knows? We will just enjoy today for now.”

He added: “Trade is strong, especially when paying that sort of money. The market is strong; it is buoyant which is lovely to see. There are some lovely foals out there, there are some exciting young stallions – Poet’s Word, Crystal Ocean, Order Of St George, Vadamos, for example. There needed to be some new sires as we have lost a few – it needed some new stock on the ground.”

The sale marked a new high for Kieran Mariga’s Coolmara Stables and the team were understandably delighted with the price.

“He has been very busy, we never expected that much, he was out of his box all day,” said Mariga’s son Cathal. “He has scope, he has good action and is a great mover. He has been a really lovely foal all the way through.

“The mare cost us for €42,000 in-foal to Shantou. We sold that foal here at the May Sale for €20,000 to Jack and Paddy Kennedy. Her Flemensfirth two-year-old filly of this year will go to the Derby Sale next year.

“Being a sister to Airlie Beach was really good, and she is a nice mare as well. She is a massive, big boned mare, 16.2hh, a proper National Hunt mare.” 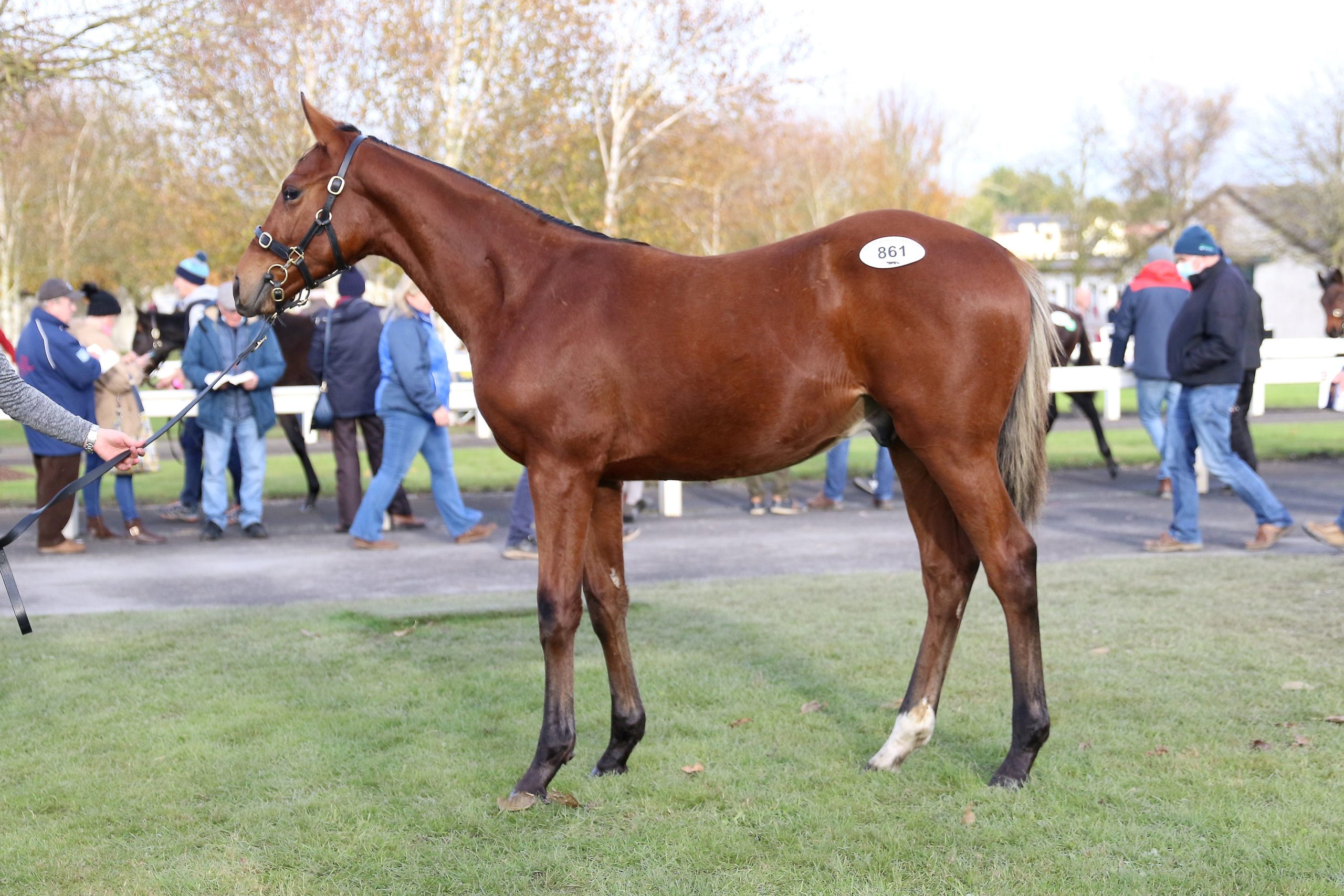 This Crystal Ocean colt paid another compliment to his sire at €120,000. Photo – Tattersalls Ireland

Timmy Hillman, meanwhile, went to €62,000 for the second most expensive foal of the day, a son of the ultra popular Sea The Stars stallion Affinisea. Sold by Ballincurrig House Stud, the colt is out of the Montjeu mare Inquisitive Look and a half-brother to Grade 1-winning hurdler Fiddlerontheroof.

A second-crop son of Order Of St George from Sheridan House Stables also found favour, selling for €58,000 to Glenvale Stud. The colt is a half-brother to Grade 2-winning hurdler Mister Blue Sky and out of the Linamix mare Mujdeya.

“We bought the mare from Sweden a couple of years ago,” said breeder Sean Murphy. “She had a four-year-old with Willie Mullins and he won his maiden hurdle first time out, I read in a report after that Mullins said that he thought the horse, who is Mister Blue Sky, could be anything.

“With the help of Michael Kelly we looked around for a mare or a filly from the family. Michael sourced her, we eventually did a deal with the owners and brought her home. She was not in-foal then – we covered her with Yeats and sold that foal last year.”

Of his decision to cover Mujdeya with Order Of St George, Murphy said: “He was such a popular sire last year, and I thought he’d be just as popular this year. I loved the foals by him and I have loved this foal since the start – he has a lovely temperament and a good walk. I can’t believe what he has made!” 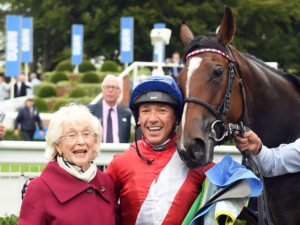