Anyone trying to assess the depth of Galileo’s influence on the breed could do worse than study the 2022 Derby. From 17 runners, Galileo was responsible for three of them, while six sons of Galileo – Frankel, Teofilo, Nathaniel, Al Rifai, Churchill and Ulysses – were collectively responsible for eight of the others. There were also runners out of a daughter and a granddaughter of Galileo. In other words, only four of the 17 runners had a pedigree free of Galileo (and two of them were out of granddaughters of Galileo’s sire Sadler’s Wells).

For the third time in five years victory went to a colt by one of Galileo’s sons, with Nathaniel’s son Desert Crown emulating New Approach’s son Masar and Frankel’s son Adayar. Needless to say, the last five Derby winners also feature Galileo’s sons Anthony Van Dyck and Serpentine, with this pair boosting Galileo’s total of Derby winners to five, following New Approach, Ruler Of The World and Australia. That adds up to eight of the last 15, with the exceptions including Galileo’s half-brother Sea The Stars and Sea The Stars’s son Harzand.

The roll of honour for the Oaks tells a similar story. This year we saw  Galileo’s daughter Tuesday get the better of the unlucky Sea The Stars’s filly Emily Upjohn, with third and fourth places going to Nashwa, a daughter of Frankel, and Concert Hall, a daughter of Galileo’s first Oaks winner Was. Of the last 11 Oaks winners, Galileo was responsible for five (Was, Minding, Forever Together, Love and Tuesday), with his sons providing another three in the form of the New Approach filly Talent, Nathaniel’s daughter Enable and the Frankel filly Anapurna. Galileo’s broodmare daughters also got into the act, producing Qualify and the runaway winner Snowfall. That’s ten of the last 11, with the sole exception being Taghrooda, a daughter of Sea The Stars.

One could be forgiven for expecting Galileo’s influence on the Prix du Jockey- Club to be less marked, especially as he has only one winner of the French Classic to his credit – Intello in 2013. However, the 15 runners in 2022 included sons of Galileo, Churchill (2), Frankel and The Gurkha, while three others were out of daughters of Galileo and another had a dam by New Approach. This group provided the winner, with Churchill’s son Vadeni winning easing up by five lengths. He is the third recent Jockey-Club  winner with Galileo in the second generation, as Sottsass and St Mark’s Basilica are both out of Galileo mares. 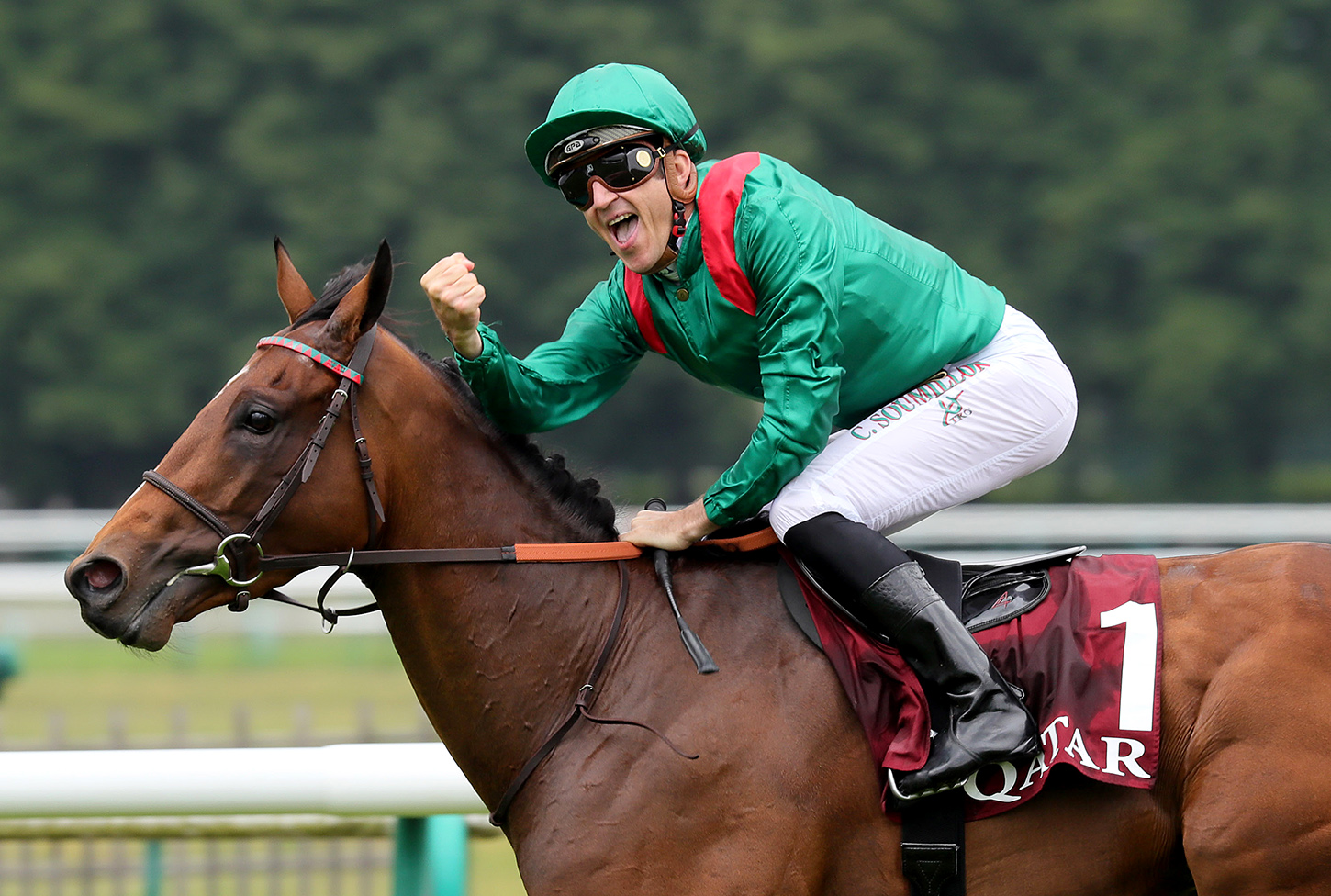 So Churchill became another first-crop stallion to sire a Classic winner. I have to admit that I was intrigued to see how he fared when his first juveniles started to appear last year. When the betting company Fitzdares opened its book on the 2021 first-season sires’ championship, they made Profitable favourite at 3/1, followed by Caravaggio and Churchill at 4/1.

Churchill’s prominence was perfectly understandable. After all, he had matured quickly enough to win the Chesham Stakes at Royal Ascot, a meeting at which his dam Meow had failed by only a neck to land the Queen Mary Stakes. And Churchill, of course, had gone on to win four consecutive Group races as a two-year-old, including the National and Dewhurst Stakes, to end the year as champion two-year-old. By the time he retired to Coolmore, his year-younger sister Clemmie had taken the Cheveley Park Stakes, a race won 15 years earlier by Churchill’s second dam, Airwave. There was therefore no doubting the family’s ability to shine at two years.

In the end, though, it was Caravaggio who took the first-crop sires’ championship and Churchill also finished behind Cotai Glory, Profitable, Ardad and Galileo Gold on the domestic list. He didn’t fare at all badly, siring the Listed winners Ladies Church, Snaffles and Vadeni, plus a couple of Group-placed colts in Unconquerable and The Acropolis. It wasn’t enough though for him to maintain his fee, which was lowered to €25,000 after two years at €35,000 and two at €30,000. His second-crop yearlings also hadn’t done as well as their predecessors, with the median price dropping from 62,000gns to 47,000gns.

There was always every chance, though, that Churchill’s first crop would fare better at three. After all, his own sire had managed to sire just one Listed winner from a sizeable number of first-crop runners in 2005, before taking flight with his three-year-olds.

It must also be remembered that Churchill is big, standing 16.2 hands, rather like Teofilo, another Galileo colt who took the National and Dewhurst Stakes on his way to the two-year-old championship. But whereas Teofilo was unable to race at three, Churchill won both the 2,000 Guineas and Irish 2,000 Guineas before some of the gloss was knocked off his achievements by five successive defeats.

In assessing potential stallions like Churchill and Teofilo, I think it’s  important to remember that they were respectively trained by Aidan O’Brien and his former mentor Jim Bolger. Neither of these admirable trainers waste any time in developing their charges’ talents and are also often happy to race them frequently at two years. I think it is fair to ask whether Churchill would have looked as precocious in the hands of another trainer.

I will never forget that Juddmonte’s annual foal share with Coolmore once produced three Sadler’s Wells colts which were to finish first, second and third in the Racing Post Trophy, with O’Brien being responsible for the winner Brian Boru and runner-up Powerscourt. A future winner of the St Leger, Brian Boru had made a winning debut as early as June, even though his dam Eva Luna was a Park Hill Stakes winner who didn’t race until she was four. Similarly, Powerscourt raced four times as a juvenile even though he was out of Rainbow Lake, a Lancashire Oaks winner who had been unraced at two. I couldn’t help wondering whether some of Juddmonte’s trainers would have asked as much of these colts, both of whom trained on extremely well.

So, where Churchill is concerned, it may be a mistake to expect him to supply precocious talent to mares who took time to mature. Later successful in the Eclipse Stakes at Sandown, Vadeni has improved from two to three, which isn’t surprising when his dam, the Monsun mare Vaderana, made her only juvenile appearance in late-October, before going on to win over 2,300 metres. Churchill is the fourth son of Galileo to sire a Group winner from a Monsun mare, with Vadeni’s predecessors all winning over a mile-and-a-half, which bodes well for his Arc prospects.

Up Next
Tuesday's late foaling date no barrier