Despite the lack of racing worldwide, one name continues to pop up with welcome regularity on the Group 1 stage in Australia.

User Friendly’s stud career ultimately fell short of matching her championship innings on the track but her Danehill daughter Starspangled is doing a fine job of promoting her legacy in Australia, not just as the dam of current Group 1 performers Youngstar and Funstar but also as the granddam of Tofane, who added her own Group 1 honours to the family on Saturday when outduelling Pierata to take the All Aged Stakes at Randwick.

The family’s Group 1 run began in May 2018 when Chris Waller sent out Youngstar to win the Queensland Oaks at Doomben. The mare is one of 23 Group 1 winners by High Chaparral but in Funstar, who is from the first crop of Aidan O’Brien’s Cox Plate hero Adelaide, Starspangled has also done her bit to promote the cause of a young stallion.

Funstar broke through at Group 1 level last November for Waller when the wide-margin winner of the Darley Flight Stakes at Randwick and has held her own at the top level since then, notably when second in last week’s Coolmore Legacy Stakes back at Randwick.

Funstar also has a pair of Group 2 wins to her name and it doesn’t take too much imagination to envisage her striking again at Group 1 level in the near future. As it is, she remains the sole stakes winner sired by Coolmore Australia’s Adelaide.

Youngstar and Funstar were both bred by Jack and Karen Sheather out of Starspangled, a mere A$30,000 purchase by the pair through Bowness Stud in 2014.

As for Tofane, she was bred in New Zealand by Curraghmore Stud principal Gordon Cunningham out of Starspangled’s winning Galileo daughter Baggy Green. In victory on Saturday, the Michael Moroney-trained Tofane became the second Group 1 winner for New Zealand Horse of the Year Ocean Park, a son of the Spinning World stallion Thorn Park who stands at Waikato Stud.

Ocean Park famously defeated All Too Hard and Pierro to win the 2012 Cox Plate – one of five Group 1 wins for the colt during his four-year-old season – and Tofane is from only his second crop. The same group also includes fellow Group 1 winner Kolding, winner of the Epsom Handicap at Randwick last October.

Going back to the 2018 Queensland Oaks, Youngstar’s victory that day saw her become the first Group 1 winner for her immediate family since the glittering years of User Friendly in the early 1990’s. Now just under two years on and with three young Group 1 winners currently running for it, it is suddenly one of the hottest families in Australia. Expect Youngstar to light up the bid board when she comes under the hammer as lot 78 at next month’s Inglis Chairman’s Sale.

Foaled in 1989, User Friendly was bred by Bill Gredley’s Stetchworth Park Stud out of his Blakeney mare Rostova. The mare had cost Gredley only 2,000gns as a yearling but boasted connections to one of Jim Joel’s most successful families as a descendant of Picture Play, also the ancestress of Royal Palace, Fairy Footsteps, Welsh Pageant, Crystal Music and Doyen among many others. 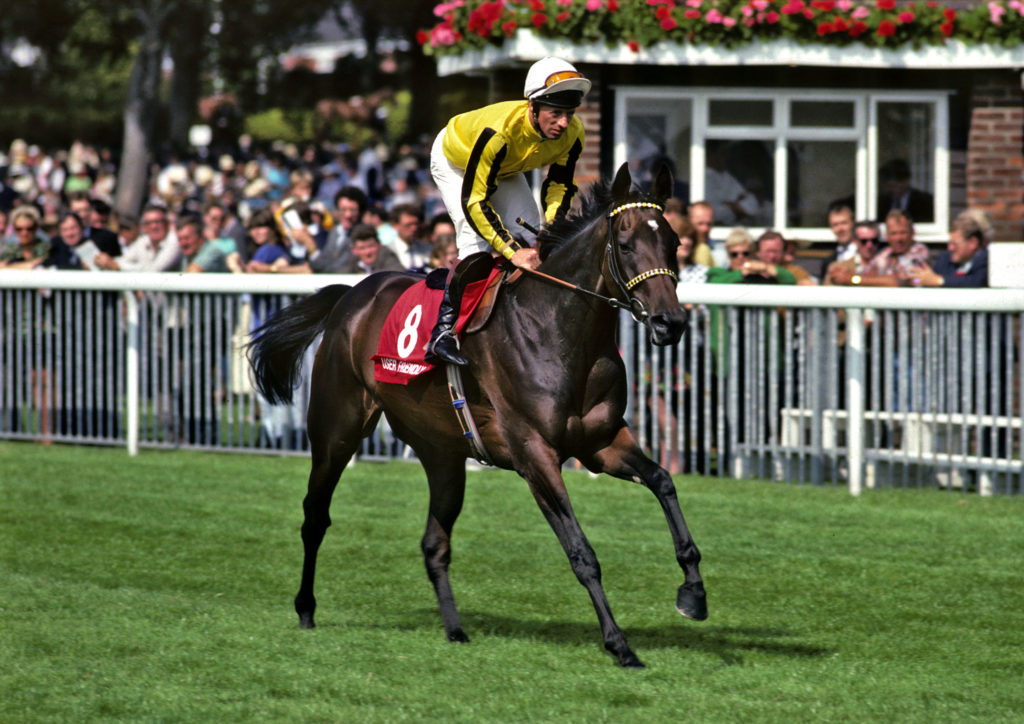 Rostova went on to outrun her price tag by winning four races including the Grand Metropolitan Handicap at Epsom and running fourth in the Ormonde Stakes. User Friendly, a daughter of the 1985 Derby hero Slip Anchor, was her third foal and ultimately the best of her three winners (although an unraced daughter, Friendlier, has left her mark as the granddam of Prix Morny heroine Pretty Pollyanna).

User Friendly failed to reach her reserve when sent through the ring as a yearling and turned over to Clive Brittain, didn’t make the track as a two-year-old either. However, she rapidly made up for lost time at three, going from a Sandown maiden winner to Epsom Oaks heroine in the space of three starts.

Her victory in the 1992 Oaks, won by three and a half lengths from All At Sea, was particularly impressive and she duly went on to add the Irish and Yorkshire Oaks to prompt connections to stump up the £25,000 supplementary fee for the St Leger. There she made light of the colts, putting her stamina and turn of foot to good use to pull clear of Sonus.

By that stage, User Friendly was unbeaten in six starts and a warm order to extend that run the following month in the Arc. In the strongest middle-distance race run that year, the Arc attracted the winners of the Derby (Dr Devious), Irish Derby and King George (St Jovite), Prix du Jockey Club (Polytain) and Prix de Diane (Jolypha). User Friendly ran a brave race to beat them all, only to succumb late on to the strong finish of Subotica.

Although User Friendly returned at four to win the Grand Prix de Saint-Cloud and run third in the Yorkshire Oaks, she never reached the same level of brilliance either at home or in the US, where she won a Del Mar allowance as a five-year-old in 1994 during a brief spell in the colours of Gary Tanaka.

The following winter, User Friendly topped the Keeneland November Sale when sold in foal to Mr Prospector to Japanese breeder Kazuo Nakamura for $2.5 million. The resulting filly, User History, won three races in Japan as did a later Deputy Minister colt named Dynamite Kids. By that time, User Friendly was in the ownership of David and Diane Nagle’s Barronstown Stud, having sold in 1999 for $1.7 million.

“Much of this family’s legacy rests on Starspangled”

Such a move naturally resulted with opportunities with some of Coolmore’s finest stallions of the time; to Sadler’s Wells, User Friendly produced a pair of fine hurdlers in Two Miles West (also ran third in the 2004 Queen’s Vase) and Streets Of Gold while to Danehill she foaled the Group 3-winning filly Downturn in addition to Starspangled.

Downturn died young but an earlier daughter, the unraced Storm Cat mare User Cat, left behind a pair of Group/Grade 3-placed fillies in Obsequious and Cumin, herself the dam of minor American stakes winner Kencumin.

But for now, much of this family’s legacy rests on Starspangled. Foaled in 2003, the daughter of Danehill won a Cork handicap for David Wachman and was swiftly sent to Australia, where her first foal was Tofane’s dam Baggy Green. Sold for A$110,000 by Coolmore as a yearling to Dermot Farrington, Baggy Green’s sole win came in a Goulburn maiden and the Galileo mare was subsequently picked up by Gordon Cunningham for A$23,000 at the 2013 Inglis Australian Bloodstock Sale. Tofane is her second foal and only winner to date.

Baggy Green is now owned by Kevin Hickman and has yearling colt by Reliable Man who was bought by trainer John O’Shea and Laurel Oak Bloodstock for NZ$280,000 at this year’s NZB Karaka Yearling Sale. She returned to Ocean Park last year.

Starspangled left the Coolmore fold in 2014 when knocked down to Bowness Stud for A$30,000 at the Inglis Australian Broodmare and Weanling Sale. She was in foal to High Chaparral at the time and thus it is Jack and Karen Sheather who is reaping the rewards of breeding and co-owning Youngstar and Funstar, both of whom were knocked down to Anton Koolman Bloodstock as yearlings. And now with a 2019 colt by Pierro also on the ground and the promise of a sibling to Funstar to come, there could be even greater rewards to come. 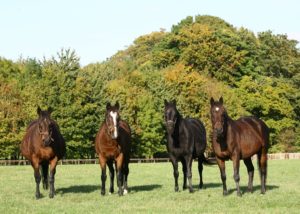 Up Next
Raising the flag for Hasili