My favourite triumph of 1966 was not at Wembley
Exclusive Columns 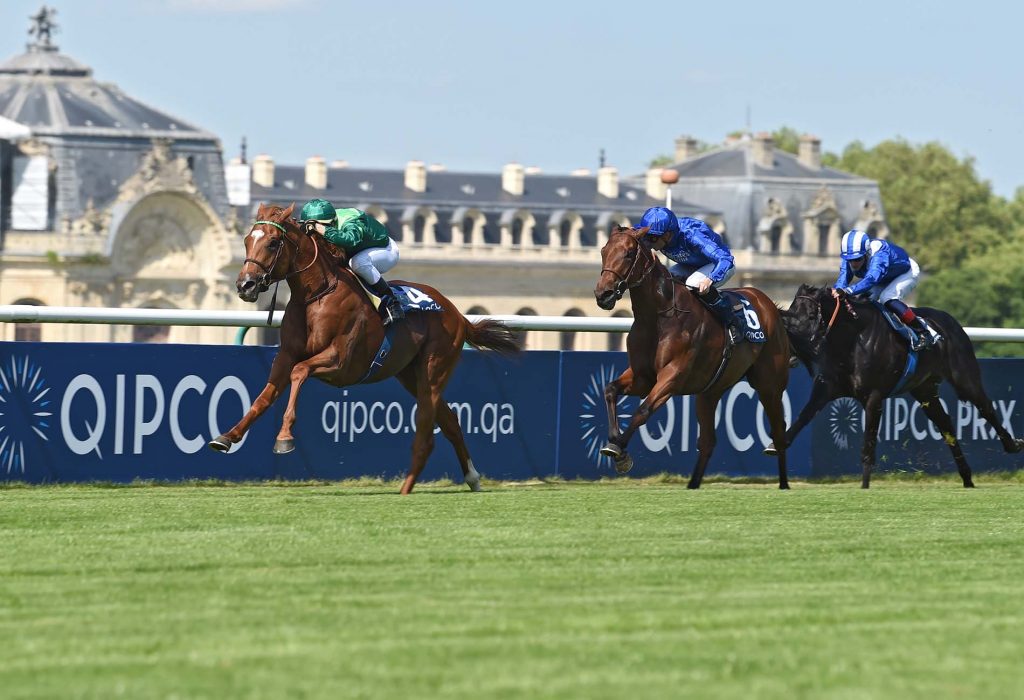 Sottsass stepped up another level on Sunday to defeat Persian King in the Prix du Jockey Club – Photo: George Selwyn

There were no halfhearted measures about Peter Brant’s return to the industry.

During the peak of his involvement during the 1980s, his interests had ranged from an investment in Fasig-Tipton, in what is remembered as a turbulent period for the sales company, to ownership of the brilliant French filly Triptych, purchased from Alan Clore following her five-year-old season.

He also played an influential role in the decision to transfer Mr Prospector from Florida to the Hancock family’s Claiborne Farm and later partnered with Claiborne, Ed Cox and William Haggin Perry to campaign the ill-fated 1984 Kentucky Derby winner Swale. He also bred the 1995 Kentucky Derby victor Thunder Gulch, himself the product of two Brant-bred parents in Gulch and Line Of Thunder.

Brant has numerous business and personal interests, primarily as chairman of White Birch Paper, one of the largest newsprint manufacturers in the US, and remains an influential figure in the worlds of art and polo. On the other hand, racing went on to take a backseat, with Brant at one point leaving the sport entirely – until late 2016 that is.

At that year’s Goffs Orby and November Sales, Brant made an aggressive play under his White Birch Farm banner for the Wildenstein stock on offer, coming away with four yearlings worth €1.32 million at the Orby and another 15 horses worth €6.19 million at the breeding stock sale. They included Beauty Parlour, the Poule d’Essai des Pouliches heroine who cost €1.6 million.

Since then, Raging Bull (one of those Wildenstein Orby purchases), Fog Of War and Sistercharlie have brought his colours back to Grade 1 glory while other private purchases out of Europe such as Precieuse and Homerique have done their bit to keep the White Birch bandwagon rolling. Perhaps the best, however, is Sottsass, one of a select number campaigned by Brant in France who stepped up another level on Sunday with an impressive win over Persian King in the Prix du Jockey Club at Chantilly. In what was yet another major weekend for the Brant colours, his win came hot on the heels of that of Demarchelier in Saturday’s Grade 3 Pennine Ridge Stakes at Belmont Park; the unbeaten Dubawi colt hails from the first group of yearlings sourced by Brant and trainer Chad Brown out of the Tattersalls October Sale.

It is many years since the French stallion scene has been in such rude health. For instance, barely has a week gone by this season when either Siyouni or Le Havre, himself responsible for Prix du Jockey Club third Motamarris, haven’t had a smart winner of some sorts. Both made their name off moderate fees and are currently operating via crops of three-year-olds bred off €20,000, a figure set in the aftermath of their swift starts.

Today, the Aga Khan’s Siyouni stands for €100,000, making the son of Pivotal the most expensive stallion in France. He had been an excellent two-year-old, precocious enough to win on his debut in early May for Alain de Royer-Dupre before striking in the Prix Jean-Luc Lagardere at season’s end. However, although second to Dick Turpin in the Prix Jean Prat, he failed to win in six starts as a three-year-old, something that likely influenced Haras de Bonneval’s decision to introduce the horse at €7,000 when he joined their roster in 2011.

So far, those €7,000 crops, which number four in total, have yielded 24 stakes winners. They include two excellent fillies in Ervedya, the highlight of seven first-crop stakes winners, and Laurens alongside the likes of Le Brivido, Volta, Finsbury Square and City Light. Pretty Polly Stakes heroine Maqsad, meanwhile, is another member of that first €20,000 crop. As such, demand for Siyouni has never been stronger, as illustrated by the sale of a 1/50th share in the horse for €960,000 via Arqana’s online platform to the Broadhurst Agency late last year.

Sottsass is Siyouni’s third Group 1 winner and 17th Pattern scorer overall. He also pays a remarkable compliment to his dam, Ecurie des Monceaux’s Starlet’s Sister, a maiden in four starts during her time with Royer-Dupre whose first two foals are Brant’s top American mare Sistercharlie and last year’s Group 3 Prix Bertrand de Tarragon winner My Sister Nat. Sottsass is the third foal out of the mare, yet another Group 1 producer by Galileo.

Perhaps it’s no coincidence that Starlet’s Sister is inbred 3×3 to Miswaki, one of the most potent broodmare influences of recent times who is probably best known today in his role as the damsire of Galileo. She also descends from a good Pillar Stud family responsible in its time for top miler Noalcoholic. Delve deeper and this line goes straight back to that outstanding mare Sceptre, an icon of the early 1900s for Bob Siever who swept the 2,000 and 1,000 Guineas, Oaks and St Leger of 1902. 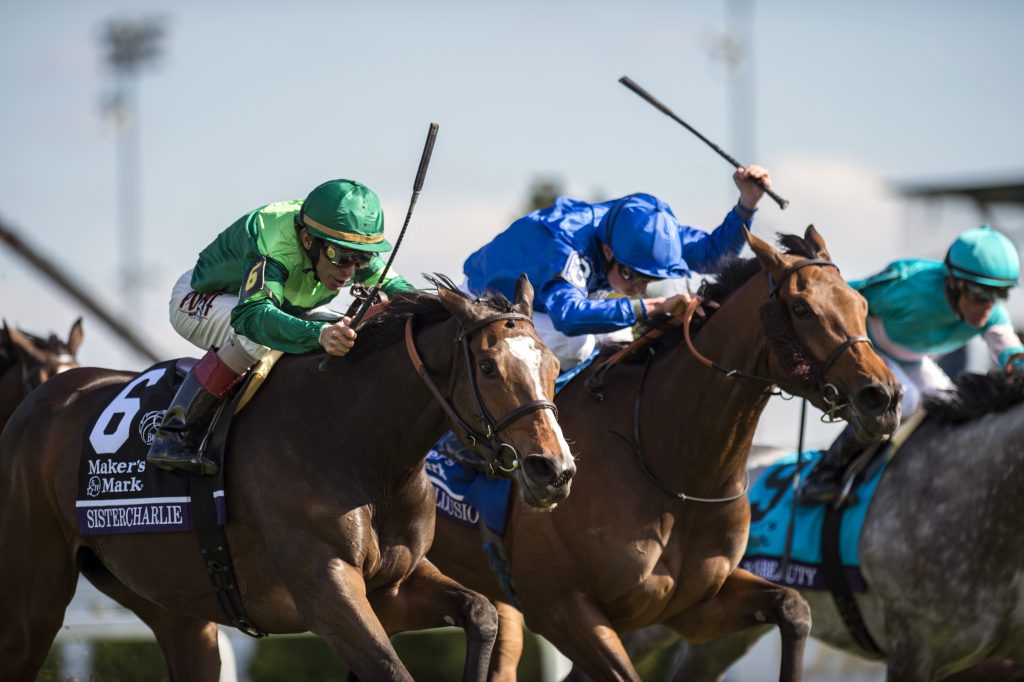 What makes Starlet’s Sister’s achievements at stud all the more notable is that they have been achieved without the assistance of wildly expensive covers.

Her first foal, Sistercharlie, is the best runner sired by Myboycharlie, who has never commanded more than €7,500, while My Sister Nat is a daughter of Acclamation.

Brant bought into Sistercharlie following her victory in the Group 3 Prix Penelope in Saint-Cloud in April 2017, a move that was immediately justified when she was an unlucky second to Senga in the Prix de Diane on her next start. With that in mind, it’s understandable how Brant targeted Sotsass when he passed through the Arqana August Sale, going to €340,000 to purchase the colt through Oceanic Bloodstock.

The past 18 months have brought this family back to former glories of the past. Bred by the Kentucky-based Prestonwood Farm in Ireland, Starlet’s Sister is a sister to Prix Cleopatre heroine Leo’s Starlet and a half-sister to the Grade 1-placed Anabaa’s Creation. Their dam, Premiere Creation, was also high-class on her day, in her case talented enough to run third in the Grade 1 Del Mar Oaks. By Green Tune, she was the best runner produced by Allwaki, a daughter of Miswaki bred by William du Pont’s Pillar Stud out of his Listed winner Alloy.

Pillar Stud was primarily an American operation but du Pont also maintained a European arm at Haras de Victot in France, of which the family belonging to Alea II, the Italian champion two-year-old filly of 1969, was a key element. The daughter of Galivanter was recruited as an early foundation mare for the stud and went on to prove a valuable acquisition by foaling six stakes horses. Sottsass’ fourth dam Alloy was one of them but the best was undoubtedly Noalcoholic, a powerful front-runner who won the 1983 Sussex and Lockinge Stakes as an older horse for Gavin Pritchard-Gordon.

Sottsass has some way to go if he is to match Sistercharlie’s haul of four victories at the top level but the manner of his win on Sunday marked him down as potentially the best of a muddled three-year-old colt division. Brant also owns his two-year-old half-brother by Charm Spirit, Radiant Child, for whom he paid €400,000 through Oceanic Bloodstock at last year’s Arqana August Sale, while Monceaux also has a yearling Fastnet Rock colt out of Starlet’s Sister waiting in the wings. 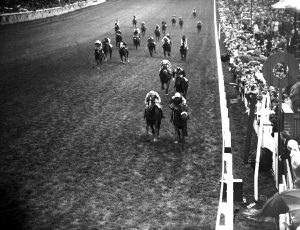 Up Next
My favourite triumph of 1966 was not at Wembley