My favourite triumph of 1966 was not at Wembley 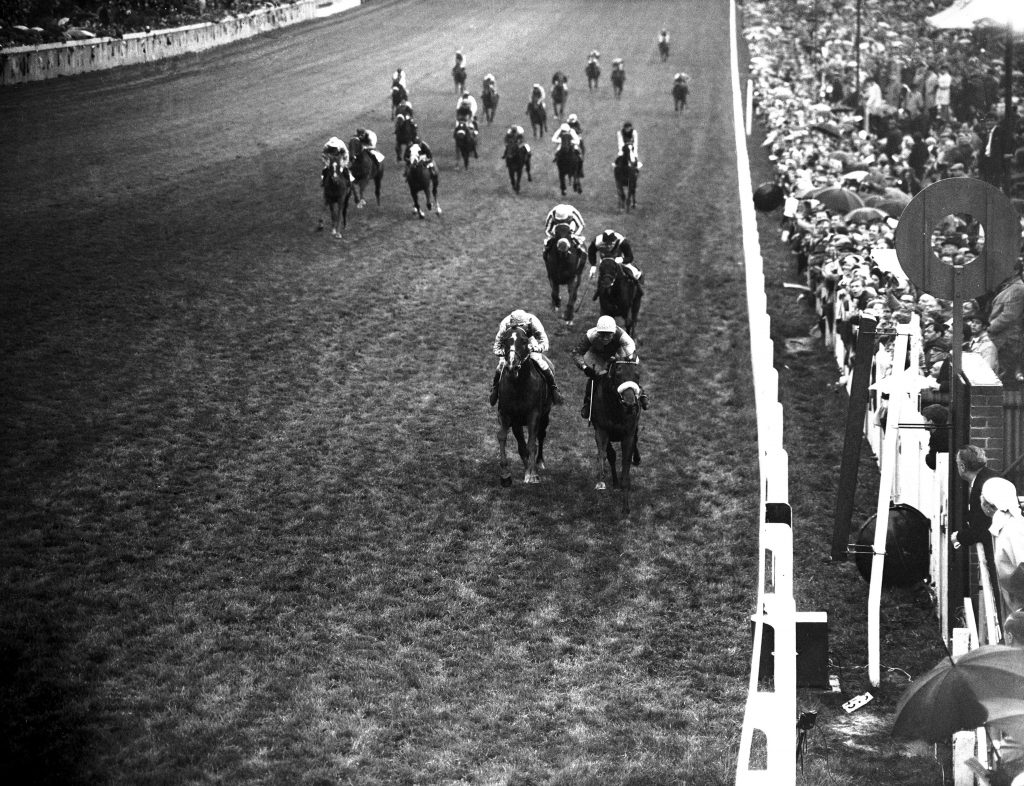 I was aware of horseracing before my age was reckoned in double-digits, if only because the sports pages had given enormous coverage to the Derbys of 1953 and 1954, the former having at last provided Gordon Richards with the victory he had craved for decades, the latter remarkable for the fact that it was won by an 18-year-old youth called Lester Piggott.

But it was only after my purchase of the 1956 News Chronicle Racing Annual – reading matter for a train journey between Devon and Kent – that I came to recognise a sport that immediately fascinated me from umpteen angles. I was 11 years old, and my life would never be the same again.

The reason for my journey was to spend the Easter holidays with an aunt and uncle, and when I got there I asked them if they had any experience of the subject that had captured my imagination. All that sprang to their minds was that they had been present at a Derby many years ago, that they had stood at Tattenham Corner, had seen nothing and merely heard horses’ hooves – and got drenched into the bargain. (Much later I was able to identify the occasion as Sansovino’s year, 1924.)

Back home I quizzed my parents about what they knew. No luck with my father, but my mother had a tale to tell. She had been born and brought up in Lewes, and she had attended the races there on a few occasions in her twenties. She had no particular recollections of those visits, but she did have vivid recall of an earlier event when racing touched her life, and she even remembered the name of the horse and the trainer involved.

Shaun Spadah, a horse stabled in Lewes, won the 1921 Grand National, and his trainer, George Poole, generously marked the success by the gift of a shiny silver sixpence to every schoolchild in the town. Mum was one of the grateful recipients.

I was always a keen follower of the stables in Lewes

I already knew Lewes quite well. There had been numerous visits to my Aunt Daisy, who still lived there, and we would sometimes take flowers to Grandma’s grave in the cemetery, a few hundred yards from the house where she spent her entire life.

As family connections with horseracing go, the episode with George Poole and the sixpence might seem no big deal, but as my interest in the sport grew, I gave special focus to my mother’s birthplace as a centre for racing and training that had long been significant.

Dating back to Victorian times, a summer feature of the calendar was always the so-called ‘Sussex fortnight,’ when fixtures at Lewes and Brighton followed hard on the close of Glorious Goodwood. As things turned out, Brighton would become the first racecourse I visited, as an excited 13-year-old, and in time I would be a regular at Goodwood, but I never made it to Lewes, which staged its last meeting in 1964.

But I was always a keen follower of the stables in Lewes, particularly that of Jack ‘Towser’ Gosden, who had been Poole’s assistant before taking out a licence himself in 1928. His team enjoyed plenty of success in handicaps over a long period, including a couple of Ayr Gold Cups, but those victories were overshadowed by far more consequential triumphs in 1960.

In that season Gosden’s five-year-old Aggressor claimed the scalp of the previous year’s Derby hero Parthia in the Hardwicke Stakes at Royal Ascot, and returned to that course a month later to overcome the great Petite Etoile in the King George VI and Queen Elizabeth Stakes.

Whatever next? I longed for an overdue Lewes victory in the Derby.

Three years later some believed that the wait was about to end. On only his second start for the Gosden yard the well-bred Duplation had broken his maiden with an emphatic score in the Lingfield Derby Trial. On the morning of the Classic the Vimy colt’s chance was trumpeted on the front page of the Sporting Life, and on the course he was the subject of frenzied betting that resulted in his price being reduced from 100-6 to 6-1, only a point longer than long-time favourite Relko.

Everyone knew that Duplation had a history of temperamental behaviour when he was in Cecil Boyd-Rochfort’s stable as a two-year-old, but his Lingfield performance was taken to indicate that he was now a reformed character. Wrong!

Starting stalls for the Derby were still four years in the future. Duplation reverted to his bad old ways as the starter tried to get the 26 runners into line, even trying to savage another colt when the tapes eventually rose. He took no interest in the proceedings, never taking hold of his bit.

So much for the Lewes hopes in the 1963 Derby. I could only hope that a worthier candidate would come along soon.

By the end of the 1965 season I felt there were grounds for optimism about a colt who came from the same family and represented the same owner-breeder as Duplation, but had exhibited no quirks on any of his racecourse appearances.

It would have been hard to invent a pedigree more blue- blooded than Charlottown’s. His sire was Charlottesville, hero of a Prix du Jockey-Club and a Grand Prix de Paris, and his dam was the wonderful Meld, the filly Triple Crown heroine of 1955 in Lady Zia Wernher’s colours.

Charlottown began with an eight-length score in the Solario Stakes at Sandown, followed up with a workmanlike win over the filly Gyropolis in the Blackwood Hodge Stakes at Ascot, and signed off for the season with a clear-cut victory in the Horris Hill Stakes at Newbury. The official handicapper made him the third-best colt in his age group, 5lb below sprint-bred Young Emperor, and just 1lb below Pretendre, winner of the Observer Gold Cup.

Towser Gosden retired at the end of 1965, so the responsibility for guiding Charlottown through his Classic campaign fell to Gordon Smyth, who switched from Arundel to the Heath House yard in Lewes.

The new arrangement started inauspiciously. The colt was supposed to make his seasonal debut in Brighton’s Derby Trial, but a slight injury scotched that plan and he went instead to Lingfield, where an over-confident ride by Ron Hutchinson left Charlottown with too much to do against the front-running Black Prince.

That loss was all about pilot error, so it did not make Charlottown’s Derby chance seem any worse; it arguably became better when Hutchinson’s fellow Aussie – four-time champion Scobie Breasley – was booked for the mount at Epsom.

There is often drama on Derby day, but in 1966 it was largely about what occurred in the preliminaries, rather than the race itself. I watched 24 horses go to post, but there were supposed to be 25. The one missing was Charlottown, who had contrived to tread on his own foot in the parade ring and lost a plate.

The delay was nerve-racking for me, but obviously more so for his connections, not least the lad who led the colt up. He was Michael Jarvis, a young Lewes man born and bred, whose mother, like mine, had received a silver sixpence courtesy of George Poole 45 years earlier.

As luck would have it, Gordon Smyth’s own farrier was in the crowd, and he made haste to attend his regular charge and set about the repair job. I feared that the starter would lose patience and send the others on their way, and perhaps it was just the fact that Charlottown was one of the favourites that persuaded him he should wait.

And wait he did until Charlottown joined the rest for a start delayed by a full quarter of an hour.

The race turned out to be contrastingly drama-free. Breasley, who would never leave the inside rail unless it became absolutely necessary, contrived a charmed run on the inner without interference, took Charlottown into the lead a furlong from home and had enough left to hold off Pretendre by a neck.

Lewes had at last registered another win in the premier Classic – the first since Robert Robson sent out Waxy to collect the spoils in 1793. I don’t suppose I’ll be around for the next one, if there is to be a next one.

Up Next
Gone but not forgotten: Zenda's legacy in safe keeping