Precocious influences rise to the top in juvenile standings

I’m not quite sure why, but I was a little surprised at the extent to which the autumn’s Group 1 two-year-old races were dominated by the progeny of stallions which themselves excelled as juveniles.

I was less surprised that the shortest of the Group 1 events, the Middle Park and Cheveley Park Stakes, respectively fell to Perfect Power and Tenebrism. After all, they were respectively sired by Ardad and Caravaggio, two of the juvenile stars of the 2016 Royal Ascot meeting. Both defended their unbeaten record there, with Ardad taking the Windsor Castle Stakes by more than three lengths and Caravaggio winning the Coventry Stakes by more than two lengths from Mehmas. By the end of the season these fast colts had jointly won seven of their ten starts, Ardad’s finest achievement being his victory in the Group 2 Flying Childers Stakes, whereas Caravaggio had added the Group 1 Phoenix Stakes.

As a dual Group 1 winner in the National Stakes and Dewhurst Stakes, Native Trail became the champion two-year-old elect. In doing so he followed in the footsteps of his sire Oasis Dream, who had dominated the juvenile generation of 2002. Also vying for champion status, this time with Tenebrism in the fillies’ division, is the decisive Fillies’ Mile winner Inspiral, who matched the four victories from four starts achieved by her sire Frankel on his way to sharing the juvenile championship of 2010 with Dream Ahead. Inspiral had earlier taken a Listed race by three and a half lengths from Wild Beauty, another Frankel filly who travelled to Canada to defeat the future Breeders’ Cup Fillies Turf winner Pizza Bianca in the Group 1 Natalma Stakes. 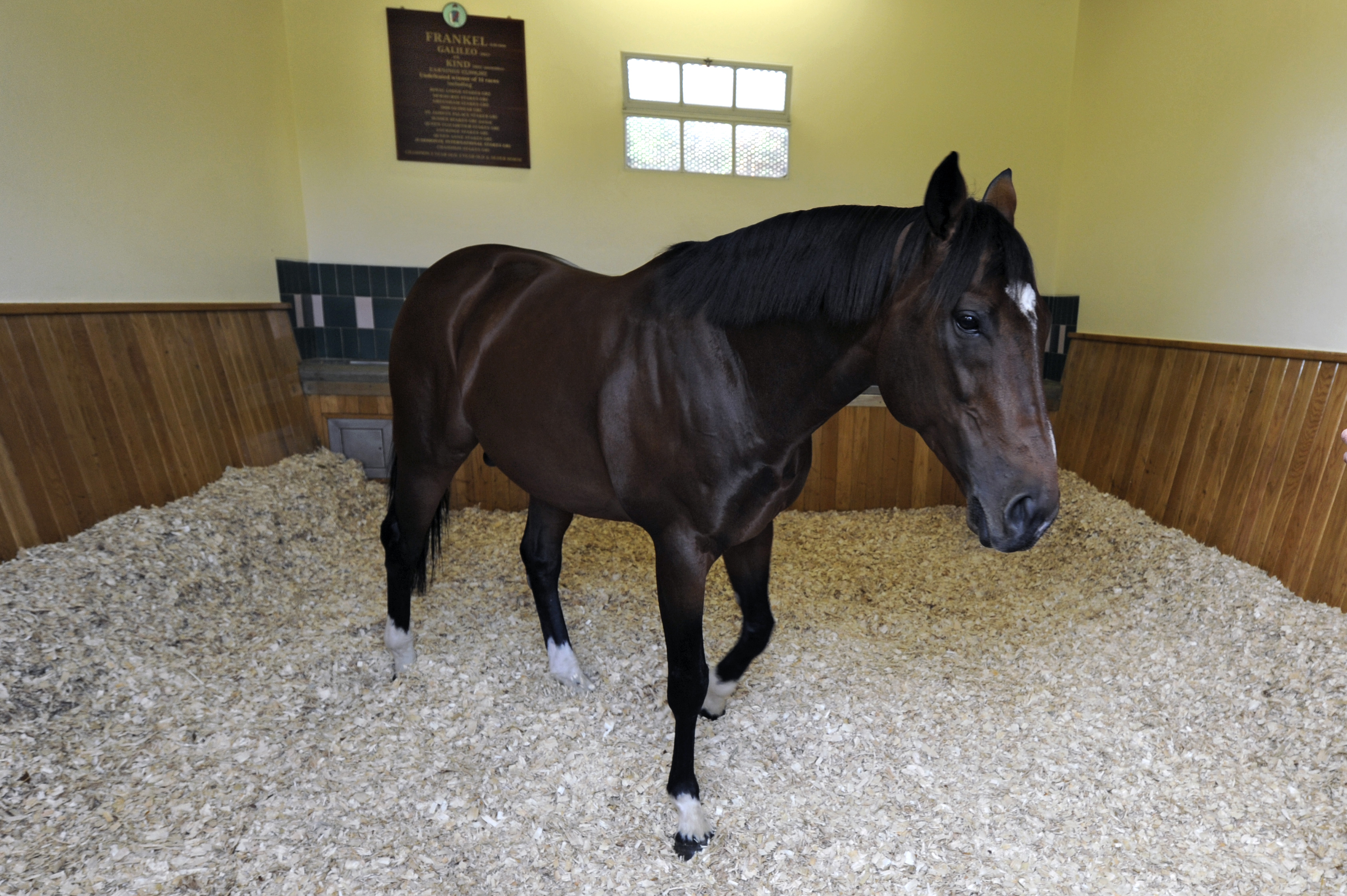 Frankel’s contemporary Wootton Bassett was officially recognised as the champion two-year-old in France, after he rounded off his unbeaten two-year-old career with a two-and-a-half-length success in the Group 1 Prix Jean-Luc Lagardere. He is now passing on a considerable measure of his precocious talent, with his impressive team of four juvenile Group winners being headed by Zellie, winner of the Group 1 Prix Marcel Boussac. Chances are that we’ve not seen the last big win by Zellie, as this tough and progressive filly has a well-related dam by Nathaniel.

There is a neat parallel to Wootton Bassett’s victory in the Prix Jean-Luc Lagardere. Prior to that Group success, Wootton Bassett had earned a lot of money in sales-linked races at York and Doncaster. Dark Angel had won the same big prize at York prior to becoming a Group 1 winner, this time in the Middle Park Stakes. Dark Angel, like Wootton Bassett, had four Group-winning youngsters among his 2021 juveniles, with pride of place belonging to the tough and determined Angel Bleu. Having won the Prix Jean-Luc Lagardere, Angel Bleu added a second Group 1 success in the Criterium International. That was his fifth win from eight starts, so Angel Bleu has outperformed his sire, a four-time winner from nine starts.

Although Dubawi didn’t have a Group 1-winning juvenile in Europe, this magnificent stallion shone with his North American raiders, with the gelded Albahr gaining his fourth consecutive win when he landed the Group 1 Summer Stakes at Woodbine by two lengths from Grafton Street. Although Albahr had to be withdrawn after rearing over in the stalls before the Breeders’ Cup Juvenile Turf, he would probably have gone close to winning, as the fourth-placed Grafton Street was again beaten around two lengths. The winner, of course, was Modern Games, another son of Dubawi representing Godolphin. Already a clear-cut winner of the Group 3 Tattersalls Stakes, the progressive Modern Games was beaten only twice in six starts. Dubawi himself had ranked among the best of his age at two, remaining unbeaten in three starts, including the Group 1 National Stakes. Dubawi’s team of two-year-olds also featured Coroebus, the highly-rated winner of the Group 3 Autumn Stakes, and Dubawi Legend, runner-up in the Group 1 Dewhurst Stakes.

Goldspur, another son of Dubawi, won the Group 3 Zetland Stakes before finishing third to Kodiac’s son El Bodegon as favourite in the Group 1 Criterium de Saint-Cloud. As this race is contested over a mile and a quarter on very soft ground, it might have been considered an unlikely target for a son of Kodiac, but El Bodegon’s brother Best Solution had finished a fine second to future Arc winner Waldgeist in the 2016 edition. Best Solution went on to win three Group 1 races over a mile and a half, a distance that will eventually suit El Bodegon, judging by his all-the-way victory at Saint-Cloud. Kodiac’s other Group-winning two-year-olds in 2021 – the Oh So Sharp Stakes winner Fast Attack and Killavullen Stakes winner Glounthaune – were nearer to what we have come to expect from this multiple champion sire of two-year-olds. In view of Kodiac’s record, it is easy to forget that he is one of the few stallions in this review who didn’t shine at two years, his only start being his third in a Newmarket maiden. However, he now has five stallion sons with at least one Group winner to their credit, including Perfect Power’s sire Ardad, Group 1 sire Coulsty and the promising Kodi Bear. There were also several talented 2021 juveniles with dams by Kodiac, including Group 2 Mill Reef Stakes winner Wings of War and the speedy French fillies Dizzy Bizu and Corazon.

There aren’t many mile-and-a-quarter winners among the sires of these Group 1-winning two-year-olds. One is the late Mastercraftsman, but this son of Danehill Dancer was a champion two-year-old and a dual Group 1 winner over a mile so was ideally qualified to sire the occasional smart juvenile, such as Discoveries. This winner of the Moyglare Stud Stakes arguably showed more two-year-old ability than her distinguished sister Alpha Centauri and their half-sister Alpine Star, so Discoveries is a name to remember. 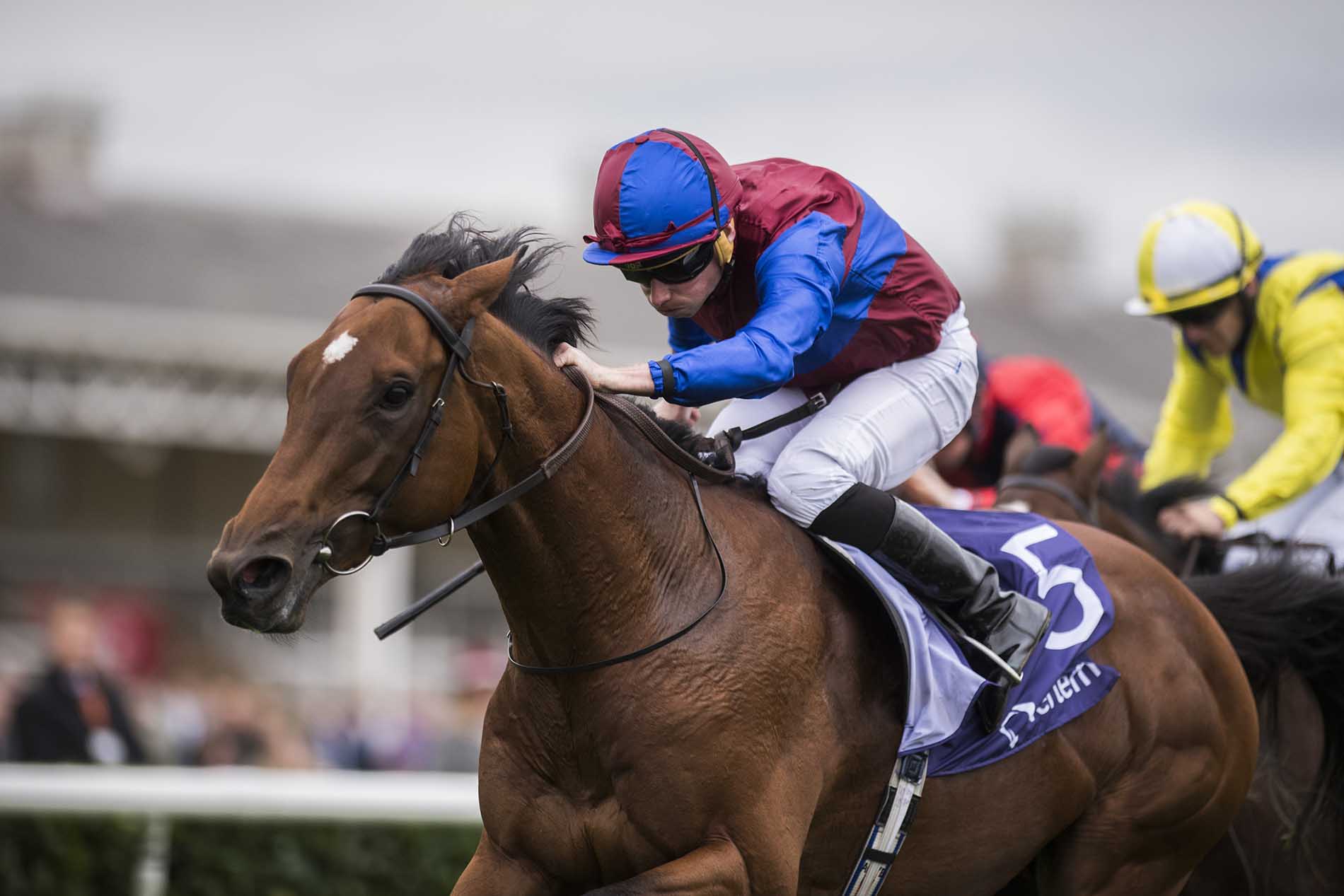 Finally, we come to Luxembourg, the unbeaten Group 1 Vertem Futurity winner who ranks as the odd one out in that his sire Camelot made a brave bid in the St Leger to become the first Triple Crown winner since Nijinsky in 1970.

It mustn’t be forgotten, though, that Camelot won both his starts as a two-year-old, as did Camelot’s excellent sire, Montjeu. Needless to say, Camelot’s finest victory at two came in the Group 1 Racing Post Trophy, when he scored very smoothly to become the fourth son of Montjeu to land this prize, now known as the Vertem Futurity. In winning at Doncaster, Luxembourg marked himself as a potential Classic winner. Not only did Camelot go on to win the Derby (as well as the 2,000 Guineas and Irish Derby), but so too did two of Montjeu’s other Futurity winners, Motivator and Authorized. St Nicholas Abbey, Montjeu’s other Futurity winner, had to miss most of his classic year but later gained three victories in the Group 1 Coronation Cup over the Derby course and distance. It won’t hurt Luxembourg’s Classic prospects that the previous four winners of the Futurity – Saxon Warrior, Magna Grecia, Kameko and Mac Swiney – all went on to classic success, but over a mile, not a mile and a half.

To give some idea of the long-term quality of Luxembourg’s female line, his fourth dam Almyre was part of Daniel Wildenstein’s exclusive broodmare band, which featured in The European Racing Manual back in 1974. As one of the Dayton broodmares, Almyre ranked alongside the likes of the great Allez France, Irish Bird (dam of the Classic winners Bikala and Assert), the excellent Lianga (ancestress of Street Sense, Mr Greeley and Danehill Dancer), Oaks winner Lupe and the first-rate producer Moonmadness (dam of dual classic winner Madelia and Prix du Moulin winner Mount Hagen). Further down the alphabet came such as Plencia (dam of the remarkable Pawneese and ancestress of Peintre Celebre, Stradivarius and Persian King), the Prix Vermeille winner Saraca, dual German classic winner Schonbrunn (second dam of Arc winner Sagace and ancestress of Steinlen and Stacelita), Ten Double (ancestress of the classic-winning fillies Mrs Penny and Hatoof) and those influential broodmares Vali and Virunga.

Almyre proved to be very worthy of her place in such company. As a racemare she had gone close to winning the Prix de Pomone, a race once won by her second dam Ad Altiora (dam also of Poule d’Essai des Pouliches winner Altissima). It was as a broodmare, though, that Almyre came into her own, producing the high-class Ashmore and his fellow Group winners Acoma and Art Bleu, in addition to several daughters which shone as producers. For example, her daughter Abbey is the third dam of Bolshoi Ballet, who became a Grade 1 winner after disappointing as favourite for the 2021 Derby.

However, pride of place among Almyre’s daughters belongs to her Group 2-placed Irish River filly Albertine, the third dam of Luxembourg. Albertine found fame as the dam of Arcangues, who adapted so well to dirt that he landed the Breeders’ Cup Classic. Albertine also ranks as the second dam of the top filly Aquarelliste, a Prix de Diane winner good enough to defeat the males in the Prix Ganay, and of the 1,000 Guineas winner Cape Verdi, so Classic success is nothing new for this family.

Aquarelliste no doubt provided some of the motivation behind the mating which produced Luxembourg’s dam Attire. Whereas Aquarelliste (and her Group 1-winning brother Artiste Royal) was sired by Danehill from Albertine’s Classic-placed daughter Agathe, Attire was sired by Danehill Dancer from Albertine’s winning daughter Asnieres. Although Attire failed to win during a career which took her to Dundalk, Gowran Park, Limerick and Roscommon, she had a distinguished brother in Forgotten Voice, winner of the Group 3 Glorious Stakes over a mile and a half as an eight-year-old. 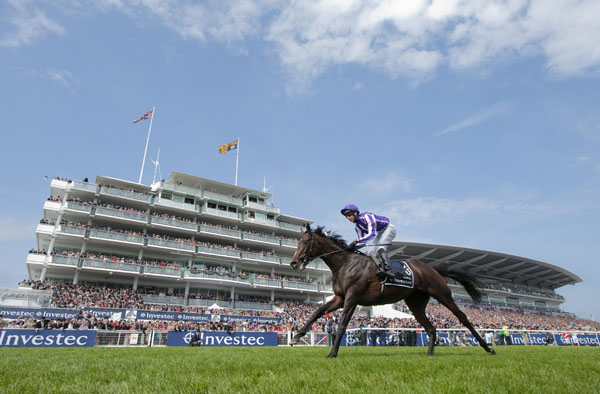 Attire is making full amends for her shortcomings on the racecourse. Her yearling brother to Luxembourg was the highest-priced colt at the 2021 Orby Sale, at €1,200,000. Luxembourg himself had made only a fraction of that amount a year earlier, selling for 150,000gns at Tattersalls, even though his half-brother Leo de Fury (by Australia) had won the Group 3 Mooresbridge Stakes over an extended mile and a quarter earlier in 2020. Attire’s Zoffany filly Sense of Style also won at two in 2020, when she also failed by only a short head to become a Listed winner. Attire also produced a Camelot filly in 2021 for Ben Sangster, who then returned the mare to Luxembourg’s sire for a fourth consecutive year.

Camelot now has two Group winners among his first 30 foals out of Danehill Dancer mares, Luxembourg’s predecessor being Degraves, who landed the Group 3 Eyrefield Stakes over nine furlongs as a juvenile. Also among the 30 are the Group 3-placed filly Flirting Bridge and the useful middle-distance winners Caradoc and Arthurian Fame.

Even though Camelot has a second dam by Danehill, he owes much of his success as a stallion to mares from the Danehill line. His Irish Oaks winner Even So and his dual American Grade 1 winner Santa Barbara were produced by daughters of Danehill, and Camelot has Group winners out of daughters of Duke Of Marmalade (Lady Wannabe), Exceed And Excel (Current Option), Fastnet Rock (Youth Spirit) and Holy Roman Emperor (Wait Forever). He also has three Group-placed performers with dams by Dansili and his Grade 1-winning daughter Wonderment is out of a grand-daughter of Tiger Hill. 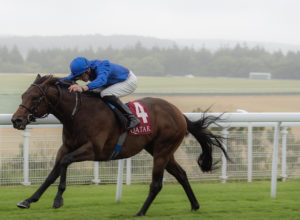 Up Next
Demand for top-quality bloodstock in rude health