'He never did anyone a bad turn' - farewell Pivotal
Exclusive Columns

The very nature of breeding stock sales, where the consistency in the quality of mares and fillies put up for sale varies widely from year to year, makes annual comparison much less meaningful than is the case with the yearling market. But it can – as certainly has been the case in the last month or so – give us an insight to the vibrancy of the industry in general. And there is no denying it, the international demand for top-quality breeding stock is in rude health. No doubt aided by big dispersals from Shadwell Estates and large offerings from Godolphin, plus a plethora of dissolving partnerships, the 2021 versions of the Goffs November, Tattersalls and Arqana December Sales produced trading at frenetic levels.

Purchases at Tattersalls’ Park Paddocks in late November and early December have been the cornerstone of many a bloodstock empire, big and small, down through the years and it looks very much as if the latest renewal may be just as significant as any that has gone before in this regard.

But don’t run away with the idea that this year’s sale returns were in anyway unique. It was more a case of a return to normal following the drop off 12 months ago due to the economic effects of Covid. The average price of £86,221 was well in advance of last year’s £62,388, an increase of 38 per cent. But this year’s average and indeed aggregate have been bettered on five previous occasions, most recently in 2019.  The important thing, though, was to see the market recover from last year and it certainly did that. Moreover, every level of trading posted gains, from the top three ten per cent deciles – which were up by 34 per cent, 43 per cent and 43 per cent respectively – right down to the bottom three, which improved by 18 per cent, 23 per cent and 31 per cent.

Goffs had got the breeding stock ball rolling at the end of the third week of November. However, unlike its Newmarket counterpart, which has sold million-pound mares for the past 17 consecutive years, Goffs had its fourth year without a millionaire. Still, it too left last year’s figures well behind, posting its best average price since 2016. More significantly, the Goffs median at €18,000 was the best for 14 years, even higher than in 2013 when it sold Chicquita for €6 million – still Europe’s second highest-priced filly or mare behind Marsha at 6 million guineas.

Goffs’ market for elite mares thrived, its top two 10 per cent deciles posting gains of 69 per cent and 22 per cent from last year, but unlike at Park Paddocks there were decreases in average at the bottom end of the scale. 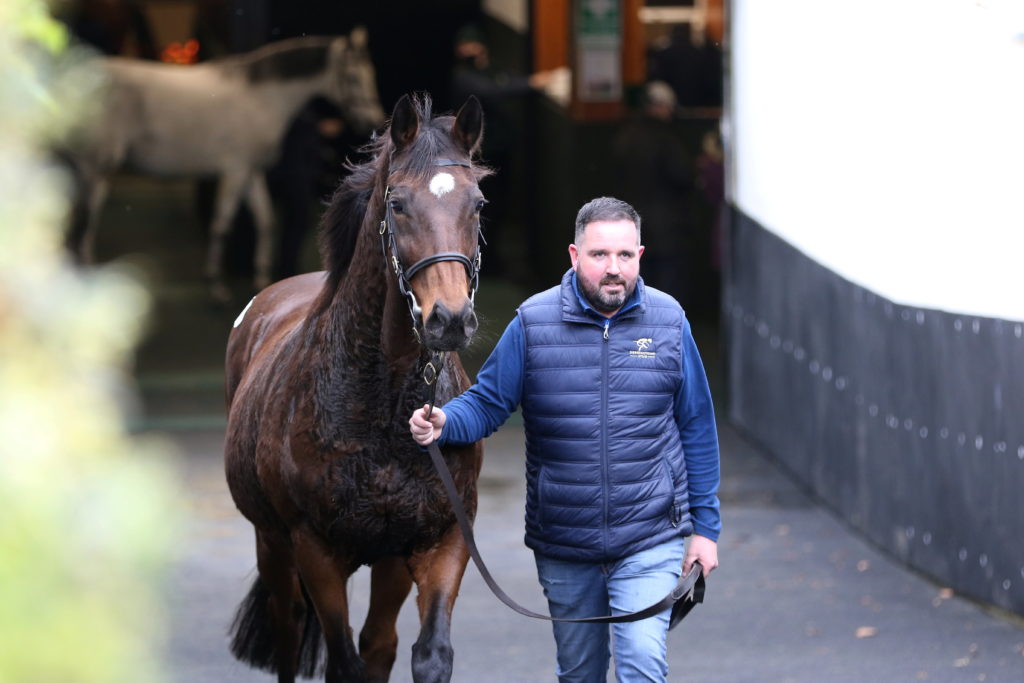 The market at Goffs for elite mares, such as Group 1 producer Aaraas, thrived. Photo – Goffs

The good vibes carried from Tattersalls to Arqana and the Territories filly Rougir presented Arqana with a record €3 million filly – one of five lots that crossed the million-euro threshold this year – making it eight million-euro transactions in all for the auction house, seven coming in the past three years. Like Goffs, the strength of the Arqana market was confined to the elite level, with only the top 10 per cent decile at €426,389 moving well clear of previous years.

Weak demand at breeding stock sales can manifest itself in other ways too. The relative value of a mare compared to the cost of the foal she’s carrying is very often out of kilter at the lower end of the market. Of course, this issue starts earlier in the year when stallion books are either full of lower grade mares, or, indeed some higher end stallions are supplemented with poorer mares in order to maximise revenue. There is nothing much the auction houses can do about this, particularly if they are not in a position to attract the pick of the broodmares to their sale.

Even at such a prestigious sale as Tattersalls December, there are a number that will fall into such a trap. This time around, among the 461 in-foal mares sold, as many as 117 – that’s 25 per cent of the total – failed to bring a price that covered the advertised fee of the sire of their in uteros. At Goffs, the scenario was a good deal gloomier with 115 (43 per cent) of 270 failing to cover advertised conception fees and it was slightly worse at Arqana where 151 (45 per cent) of the 338 in-foal lots realised less than conception fees. That’s the nature of open markets: poor decision-making gets punished. But one person’s loss will undoubtedly be another’s gain. Among the cohort of mares that failed to sell for as much as the fee of their covering sire are mares in-foal Frankel, Sea The Stars, Siyouni, Night Of Thunder, Invincible Spirit and No Nay Never. These might just be absolute bargains for their new owners come the foal sales next year or the yearling sales the year after.

Typically, first-season sires – with their risk-free status – are forever popular whatever the sale. This year’s group at the breeding stock sales was headed by Darley’s Pinatubo, with 18 mares selling for an average of £172,259 which compares very favourably to his £35,000 fee. In fact, this is where you would like the mare valuation to be – at about three to five times the fee of the covering stallion. In all, over half of the mares sold in-foal to Pinatubo met this condition and only one was sold for less than his £35,000 fee while seven brought six-figure selling prices, topped by the 500,000 guineas for the Sea The Stars mare Vadariya.

Mares in-foal to Sottsass were also very popular with four of his eight selling for £100,000 or more from an initial fee of €30,000. Also off a €30,000 fee, Persian King was given the nod of approval all round, particularly with his two Tattersalls December mares Warzuzu and Hoorreya which sold for 115,000 guineas and 100,000 guineas respectively.

Mares in-foal to Circus Maximus, Kameko, Ghaiyyath, Mohaather and Earthlight all produced average prices of between £50,000 and £60,000, with Kameko and Earthlight doing particularly well with some very high-priced individuals. 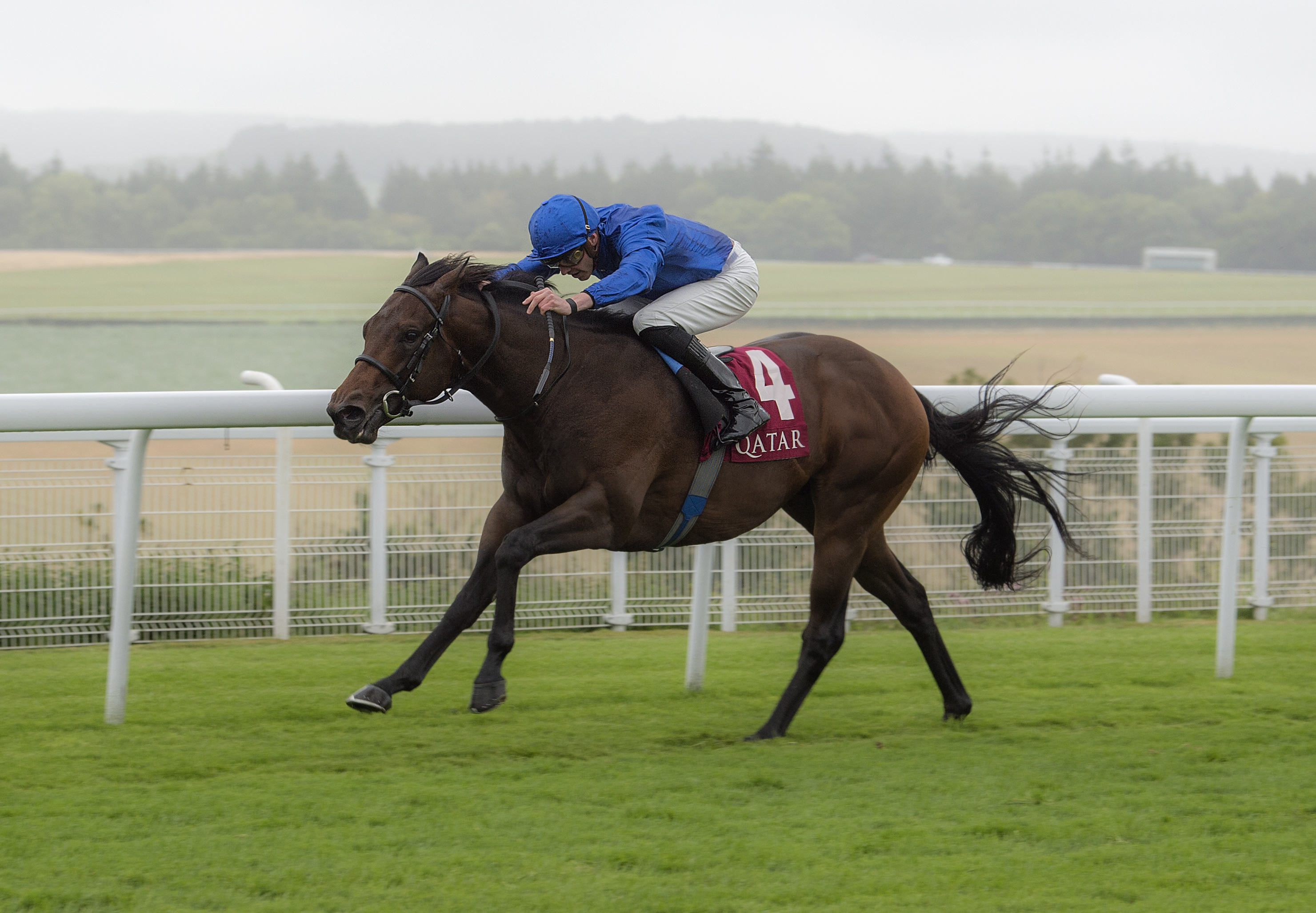 Elsewhere among the proven sires with three or more sold, it was Kingman who topped the rankings getting considerable help from his top-priced mare Waldlied, who brought a cool 2.2 million guineas at Tattersalls. In all, the five mares in foal to Kingman, from a £150,000 fee, all made at least £335,000.

Lope De Vega has arguably always been a conservatively priced sire, but even at his highest-ever fee of €125,000, the seven mares at Tattersalls and Goffs carrying to him averaged a whopping £688,883. Six of the seven made serious money and featured the 1.8 million-guinea Sunday Times, dam of course of one of the best Lope De Vegas seen on a racecourse so far, namely the Timeform 122-rated dual Grade 1 winner Newspaperofrecord.

There were no millionaires for Kingman’s stud companion Frankel this year, which makes his covering sire average of £375,875 all the more impressive, although one or two looked over covered. Two sires with reputations built in France, Siyouni and Wootton Bassett, were next best with averages of £371,451 and £356,684 respectively. Demand for the Wootton Bassett-covered mares was in line with the quality he covered during his first season at Coolmore earlier this year when he attracted more elite mares than any other European stallion, and if there is any logic in this business, he looks set fair for the coming years. The same could be said of Night Of Thunder whose current in-foal mares were produced from a €75,000 fee. Wootton Bassett aside, no other stallion had more that his tally of nine mares that sold for £100,000 or more.

Honourable mention must also go to Sea The Stars, No Nay Never, Oasis Dream – no doubt buoyed to some extent by his new Champion two-year-old Native Trail, Invincible Spirit, Highland Reel, Too Darn Hot and Teofilo, all of whom produced six-figure averages. 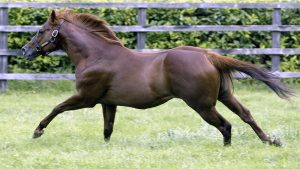 Up Next
'He never did anyone a bad turn' - farewell Pivotal