Galileo’s affinity with Pivotal was to the fore in the 1,000 Guineas again

Breeders latched on to the idea of partnering Galileo with Danehill-line mares with alacrity once the merits of the union became apparent. The mighty Frankel was one of the first to lead the way and in the decade since then, the combination has continued to carry all before it, as fellow Classic winners Minding, Intello, Roderic O’Connor, Golden Lilac, Magician, The Gurkha, Winter, Kew Gardens, Sovereign and Anthony Van Dyck have come to attest.

Its early success naturally snowballed as breeders took note, meaning that Galileo has received some outstanding opportunities – both in terms of quality and numbers – with such mares as time has gone on.

On the other hand, his affinity with Pivotal wasn’t so quick to become apparent. But as the numbers and names involved show, it has become pretty potent in recent years, the latest example being Sunday’s emphatic 1,000 Guineas heroine Love. The Aidan O’Brien-trained filly was bred by the Pikaboo Syndicate out of the Pivotal mare Pikaboo, who just for good measure is also out of a mare by Danehill.

Love was the only Group 1-winning juvenile to emerge out of Ballydoyle last season, her Group 1 success arriving when the brave winner of the Moyglare Stud Stakes at the Curragh. She had also run with credit on the final start of her campaign when third in the Fillies’ Mile at Newmarket although strictly on form, that running gave her plenty to do in the Guineas against her conqueror Quadrilateral.

We all know how well Galileos generally progress with time, however, and Love would appear to be no different. Judging by the paddock shots ahead of Sunday’s 1,000 Guineas, she had done well over the winter and after notably travelling well in the hands of Ryan Moore, ultimately ran out the easy winner over Cloak Of Spirits and Quadrilateral.

The look of Love 😍 pic.twitter.com/HzgDS92SgL

Love is the fourth 1,000 Guineas heroine within the past five years for Galileo and the second consecutive winner to boast Pivotal as a damsire after Hermosa.

For all that Galileo’s success with Pivotal primarily relies on the assistance of a select group of high-class mares, it remains an impressive partnership. Of the 36 named foals bred on the cross, 23 are winners. A dozen of those are stakes winners, six of them at Group 1 level.

In addition to Love, they include Ballydoyle’s multiple Group 1 winners Magical and Rhododendron, both of whom are out of the Irish 1,000 Guineas winner Halfway To Heaven. Another outstanding Pivotal mare, Beauty Is Truth, is the dam of dual Group 1 winner Hydrangea, the aforementioned Hermosa and Australian Group 1 winner The United States.

Similarly, Love’s dam Pikaboo has become a multiple stakes producer since sent the way of Galileo.

“Love is the fourth 1,000 Guineas heroine within the past five years for Galileo”

Pikaboo showed just modest form in five starts and ultimately wound up with a lowly rating of 47. However, she was well connected, particularly from a commercial standpoint, as a three-parts sister to the tough 7f performer Arabian Gleam, whose four victories included the 2009 Group 2 Challenge Stakes and two renewals of the Park Stakes. Another three-parts brother, Kimberella, also twice won the Listed Queensferry Stakes over 6f.

There is plenty of speed within the immediate reaches of this family, but Galileo can be relied upon to impart a healthy dose of stamina, as has proven to be the case with Love’s elder siblings Flattering and Peach Tree.

Pikaboo’s first three winners were by the lower level Ishiguru, Sleeping Indian and Lucky Story. However, it was to the latter that she produced the really smart Lucky Kristale, who was saddled by George Margason to win the Group 2 Duchess Of Cambridge and Lowther Stakes. With that filly doing her dam proud, it wasn’t long until Pikaboo had joined the Coolmore fold and with it an upgrade to Galileo.

Her first visit to Galileo yielded Flattering, who stayed 1m4f well enough to win the 2018 Group 3 Munster Oaks at Cork. The second, meanwhile, turned out to be Peach Tree, a Listed-winning two-year-old who went on to land the Group 3 Stanerra Stakes at Leopardstown over 1m6f. All of which suggests that Love, the mare’s third Galileo filly, should find the 1m4f of the Oaks within her reach. 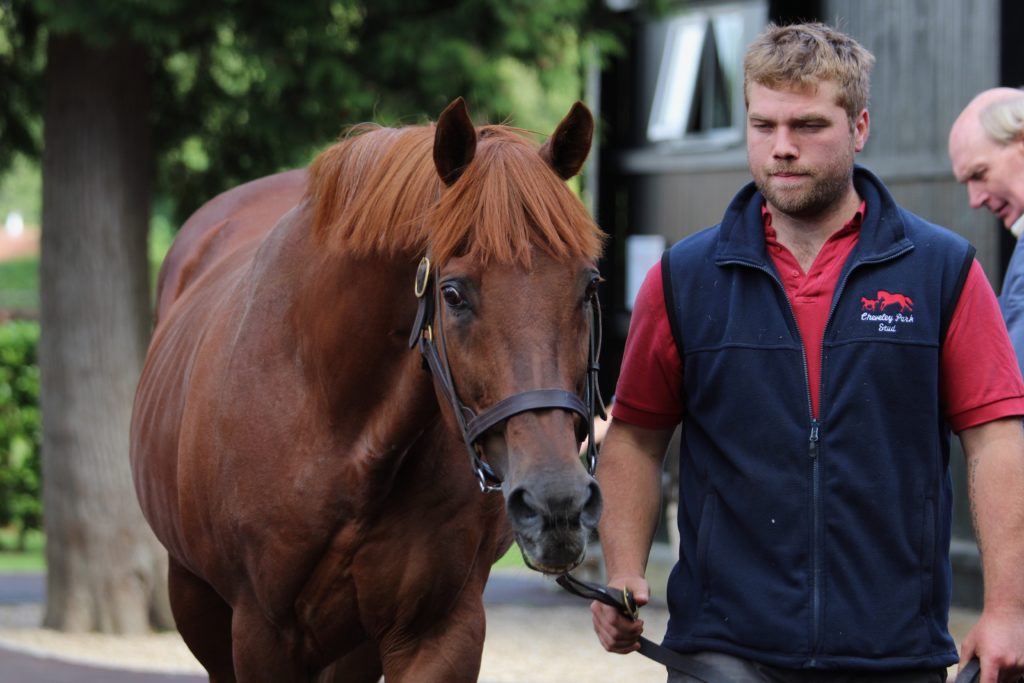 While Love’s Guineas victory provided Galileo with a 33rd British or Irish Classic success as a stallion, she also further underlines the immense value of Cheveley Park Stud’s Pivotal as a broodmare sire.

It is to British breeding’s great benefit that Newmarket has been home to Pivotal for over two decades. Now the elder statesman at Cheveley Park Stud, the son of Polar Falcon is coming to the end of his 24th season in service having covered a select book of mares at a private fee.

Pivotal has supplied 31 Group or Grade 1 winners, among them a real current star of the stallion ranks in Haras du Bonneval’s Siyouni. But it as a broodmare sire where the son of Polar Falcon has really excelled. His first Group 1 winner in that department arrived in 2012 when Mayson took the July Cup.

Today that tally stands at 20 and includes other Classic winners Olmedo, Precieuse and Harbour Law alongside a North American champion in Main Sequence, a multiple Group 1 winner in Cracksman (one of two Group 1 winners on the cross by Galileo’s son Frankel alongside Veracious) and top sprinters such as Advertise, Fairyland and Mabs Cross. Coronation Cup winner Defoe is also out of a Pivotal mare as is last year’s Group 1-placed two-year-olds Raffle Prize and Golden Horde.

Pivotal was the leading British and Irish broodmare sire of 2017, 2018 and 2019, on the latter occasion when he was represented by 17 stakes winners and the earners of almost £7.5 million. Chances are that he will play a similarly prominent role within this year’s standings as well. 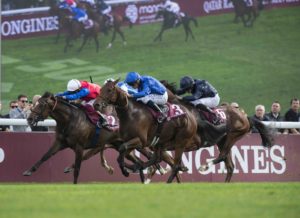 Up Next
Helen Street burns bright in Victor Ludorum