Mill Reef Stakes victor a boon to his young sire

Making a stallion, especially in today’s unforgiving market, is fraught with pitfalls.

So, there will undoubtedly be a sense of relief and satisfaction at Bridge House Stud on the early success enjoyed by their resident stallion Cappella Sansevero.

At a fee of €4,000, Cappella Sansevero doesn’t break the bank. Such an affordable level also makes the emergence of Saturday’s Mill Reef Stakes winner Pierre Lapin, out of his first crop, all the more celebratory.

However, at the same time, it is that level of stallion which tends to drop in and out of fashion with the most alacrity. And Cappella Sansevero is another case in point, having covered 21 and 28 mares respectively in the 2017 and 2018 seasons following a popular enough start to his stud career.

A horse of the talent of Pierre Lapin could be enough to turn the tide, especially if he goes on to maintain his unbeaten record in Group 1 company.

His victory for Roger Varian in the Mill Reef Stakes at Newbury, in which he justified his tall reputation by defeating previous stakes winners Mystery Power and Shadn, helped push Cappella Sansevero past the £100,000 mark by European first-crop progeny earnings. As it stands, six of his 16 runners to date have won, giving him a favourable winners-to-runners ratio of 37.5%.
This group also includes dual scorer Calippo, 85-rated Tipperary winner The Peckhampouncer and recent wide-margin Haydock novice winner Panic Room.

Of course, there are two sides to every pedigree and in Pierre Lapin’s case, Cappella Sansevero has undoubtedly been aided by the mare Beatrix Potter, whose previous foals include the brilliant sprinter Harry Angel.

In victory on Saturday, Pierre Lapin actually emulated his celebrated older sibling, who broke his maiden in the Mill Reef for Clive Cox en route to Group 1 victories in the July Cup and Sprint Cup.

Harry Angel was a two-year-old in the year his breeders, Paul and Marie McCartan of Ballyphilip Stud, decided to send Beatrix Potter to Cappella Sansevero in 2016. A precocious horse, Cappella Sansevero had been one of Showcasing’s first winners when successful for Ger Lyons at Dundalk in April 2016. From there, he proceeded to win his next two starts, including the Listed Marble Hill Stakes, before changing hands for £1.3 million to Sheikh Fahad Al Thani at the Goffs London Sale.

Although Cappella Sansevero won only once after that, when successful in the Group 3 Round Tower Stakes, he did fare well for his new owners, notably when running second to The Wow Signal in the Group 2 Coventry Stakes at Royal Ascot just days following his purchase. He was also third in the Group 1 Phoenix Stakes.

Cappella Sansevero was set some big asks as a three-year-old and never returned to those juvenile heights. Thus, it was at a fee of €4,500 that he was made available to breeders in his first year under the Compass Stallions banner in 2016. 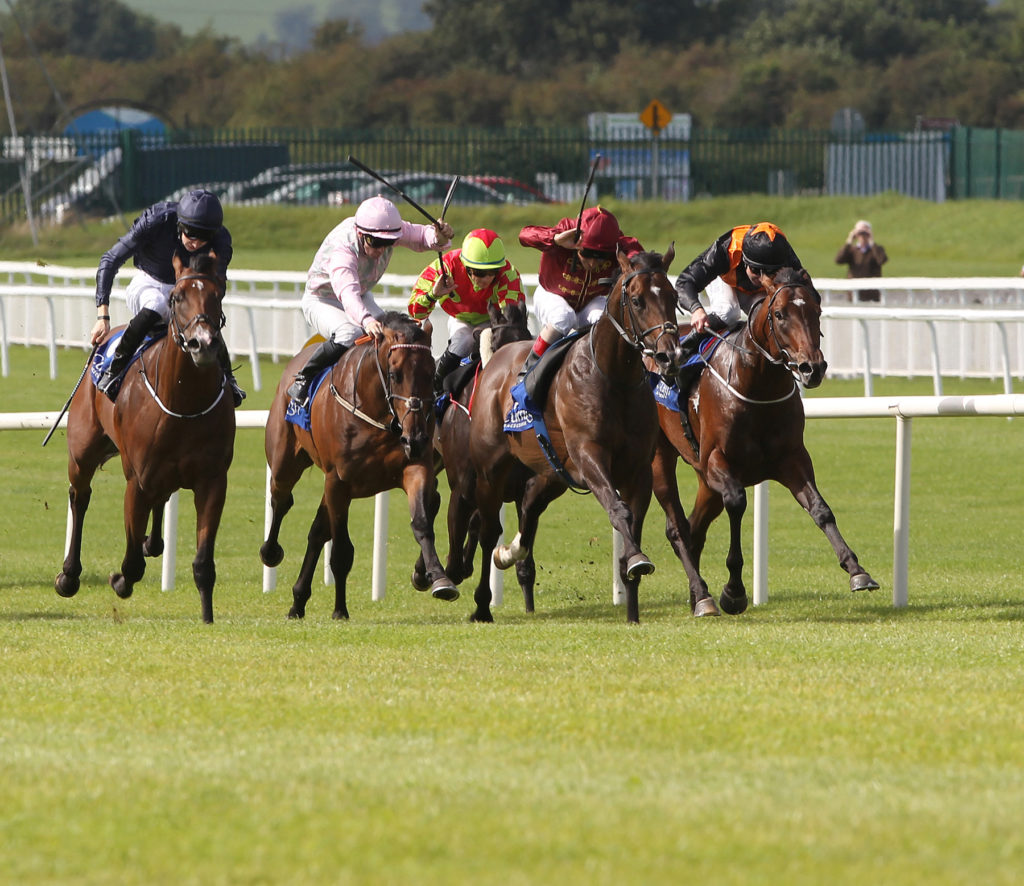 Fast forward to the autumn of 2018 and with Harry Angel’s Group 1 exploits in the books, the Cappella Sansevero yearling colt out of Beatrix Potter was duly accepted into Book 1 of the Tattersalls October Sale, where he made 140,000gns to Roger Varian on behalf of Sheikh Obaid Al Maktoum. It was by far the most spent on a yearling by Cappella Sansevero last year and helped contribute to a yearling average of 21,872gns.

The McCartans are well versed in the workings of Showcasing, one of the most upwardly mobile stallions of his time. So, it’s easy to see how a good-looking son of Showcasing such as Cappella Sansevero might have appealed upon his retirement.

Beatrix Potter, by Cadeaux Genereux, had initially provided a fine return for the McCartans when sold for €120,000 as a yearling to Peter Doyle and Plantation Stud. Although well regarded by trainer Francis Ennis, she failed to win in 15 starts following a promising debut at Naas. By then, however, her half-brother Xtension was established as a top miler in Hong Kong and she duly returned to Ballyphilip in a private transaction. Harry Angel was her fourth foal.

This is a family that has served the McCartans particularly well since they bought into it, with the purchase of Beatrix Potter’s dam Great Joy for 24,000gns at the Tattersalls December Mares Sale back in 2003.

Listed-placed in Germany, Great Joy was well bought since her third foal for the McCartans turned out to be Xtension, winner of the Group 2 Vintage Stakes at Goodwood for Clive Cox prior to his sale to Hong Kong and one of the best sired by Xaar. He was followed by the Listed-placed A Huge Dream, subsequently dam of the Listed-winning sprinter Mrs Gallagher and Godolphin’s promising two-year-old Chasing Dreams, a 750,000gns yearling who hasn’t been seen since her impressive winning debut at Newmarket’s Craven meeting.

Another daughter, the Arcano mare Triggers Broom, is dam of the 89-rated juvenile Star Alexander.

From the first crop of Grand Lodge, Great Joy was a half-sister to Listed winner A La Carte and one of five winners out of the unraced Spectacular Bid mare, Cheese Soup. Her dam, the Grade 3-placed Avum, was a tough ten-time winner and latterly became a multiple stakes producer as well as the granddam of another tough Graded stakes performer in Stephen Got Even, a Grade 1 winner and successful sire.

Yet for all of Avum’s success, her standing within her family was overshadowed by her young half-brother Lord Avie. Trained by Danny Perlsweig, the Lord Gaylord colt swept the Grade 1 Champagne and Young America Stakes during his championship juvenile season of 1980 before returning at three to land the Grade 1 Florida Derby. His furious late closing style endeared him to the racing public while propelling his value to $10 million – not bad for a $37,000 two-year-old Hialeah purchase.

Lord Avie later stood in Kentucky, latterly at Lane’s End where he developed into a useful and respected stallion.

It’s not beyond the realms of possibility that Pierre Lapin, who is bred on a variation of the Showcasing – Cadeaux Genereux cross also responsible for Tasleet, will become the next stallion to emerge out of this family. As it is, Harry Angel was one of the more popular new stallion recruits of 2019 as the recipient of 139 mares at Dalham Hall Stud.

Nor have we heard the last of Beatrix Potter. Now in the hands of the China Horse Club, she has a Dark Angel yearling sister catalogued as lot 156 to the upcoming Goffs Orby Sale and was covered this year by American Triple Crown hero Justify. 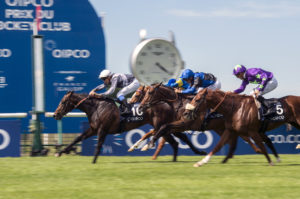