Our structure is stifling progress – it needs fixing

The prize-money agreements that underpinned racecourses’ executive contributions expired many years ago. Since then, we have been looking to replace them and improve total prize-money on offer for owners and other participants. Initial discussions ran aground when Covid hit, but newer solutions were being sought.

Engaged and open discussions were had with racecourses based on a more collaborative approach that focussed on revenue sharing. However, against the backdrop of behind-closed-doors racing, limited crowds and the sport’s longer-term recovery, progress has been slow.

So, a new proposal was worked up, looking at a short-term experiment that would hopefully boost the whole sport with more prize-money, more racing and more revenues. The new proposal also set out to prove that innovations and change could be delivered in racing whilst taking care to examine the impact and outputs for the future.

Arena Racing Company came to the table with a proposal that would see it guarantee its 2019 executive contribution and, in addition, add almost £9 million of further funding. This funding was to be targeted at a number of areas: National Hunt, all-weather, a revamped Racing League, changes to the All-Weather Championships, and some new ideas around a festival for jump racing.

In return for this significant uplift, ARC requested changes to the Rules of Racing that would allow it to programme nine-race cards on all-weather tracks during the winter months (field sizes at those fixtures would be limited to 12). The races in question, Classes 4, 5 and 6, would also receive an increase in the winner’s purse. Finally, there was to be a new weekly guaranteed £30,000 Class 3 race run within the nine-race cards.

Originally, there were other conditions that were less attractive and had to be ironed out. The new fixtures could impact the very end and beginning of the turf Flat season; a proposed later final race time could have meant additional work for stable staff.

Working together with other participants though I am pleased to say we were able to make changes to the proposal that eliminated these ‘red line’ issues. These compromises impacted the money on offer, but it was a better-balanced offer for racing and still a very exciting opportunity.

“To date, the National Trainers Federation and Professional Jockeys Association have not yet been able to support the proposal”

As they now stand, the proposals appear something of a ‘no-brainer’. The ROA has supported the new agreement – alongside the Thoroughbred Breeders’ Association (TBA), National Association of Racing Staff (NARS) and Racecourse Association (RCA) – not least due to the impact we believe this uplift in prize-money would have for all participants over both the short and long term.

The RCA had its own issues approving the proposal. The proposed increase in races on the all-weather through the winter only impacts six courses, and therefore any benefits that may accrue are also limited. However, they managed to get majority approval, required for the BHA to change the Rules of Racing.

To date, the National Trainers Federation and Professional Jockeys Association have not yet been able to support the proposal. The objections are varied, ranging from “we already have too much racing” and “what about the impact on field sizes?”, all the way to “making the sport less competitive” and the frankly bizarre “turf management” (I’d note these extra races are on the all-weather only). Whilst these should be considerations, we need to honestly look at how we innovate, progress and improve prize-money and the sport.

You may have noticed when looking at the race cards that many meetings have eight races already (as certain races are able to divide if enough horses are declared). You may also have noticed that through the summer some Flat turf tracks were already running nine-race cards. So this is not revolutionary and I didn’t hear anyone complaining before.

Let us hope that continuing discussions manage to resolve the impasse.

Nevertheless, here we are: the majority support the deal. At the Horsemen’s Group a majority verdict is not enough as it needs to be unanimous. We have had robust discussions and compromises have been made to see a deal done. But still we cannot progress.

I could rehearse the reasons why these concerns should not be enough to derail the whole agreement, but, more importantly, the whole episode has shown why the structure of British racing needs to be overhauled to allow change, progress and innovation.

We need to work with industry stakeholders to find pragmatic solutions to decisions that are in the best interests of British racing – solutions that will see prosperity for all.

We can do this, but we need a structure that lets it happen and not one that stifles progress.

This must now be top of the sport’s agenda. Fix that and maybe we can really start to grow again. 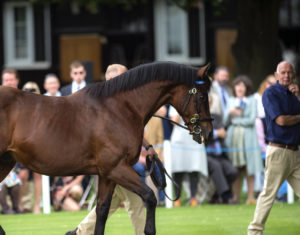