Dubawi still in front – but Frankel snaps at his heels

Reaching a crescendo as it did on Irish Champions weekend and at the Doncaster St Leger meeting, if there is one thing that the month of September has taught us it is that the great Dubawi is still at the height of his powers. The one-two in the Group 2 Park Stakes with Glorious Journey and D’Bai and the courageous victory by Bayside Boy – by Dubawi’s son New Bay – in the Group 2 Champagne Stakes merely served to underline a point made earlier in the month by Dubawi’s youngest stallion son Time Test, who sired his first two Group winners.

It is fair to say that Frankel, with his two middle-distance superstars Adayar and Hurricane Lane, has been hogging the limelight this summer, readily occupying a role vacated by his own indomitable sire Galileo. But, as I write, Dubawi still leads the up-and-coming Frankel by number of 2021 stakes winners, which is no mean feat given the Banstead Manor Stud sire’s penchant for siring middle-distance and staying Classic winners. Moreover, Dubawi had a close hand in the making of Adayar, having sired his high-class Classic-placed dam Anna Salai.

The stamina index of Frankel’s stock aged three and older of 9.9 furlongs, compared to Dubawi’s 9.2, hands Frankel a tactical advantage in that such extra stamina opens up so many more of our top staying races to his typical representative. We have known for years that our top middle-distance races are more highly valued than their sprint equivalents, this despite their equal black-type status. It is the reason that a speed-orientated stallion will never become champion sire.

As it stands, Frankel – given longevity – is on track to eclipse whatever numbers of stakes winners and Group winners are eventually posted by Dubawi, all of which are already records for a British sire. But there are a few that he will struggle to overcome. The obvious ones are his strike-rates for stakes and Group winners, for which Dubawi will not give much ground on. But as Frankel is a few years ahead of Dubawi in career terms, perhaps he will continue to be a force for longer. 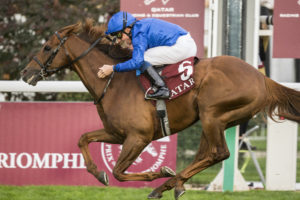 But on like-for-like terms, it is always going to be nip and tuck between the pair. Currently, Dubawi leads by 16% stakes winners from runners to Frankel’s 15.5%, while Frankel has sired 10.8% Group winners to runners compared to 10.2% for Dubawi.

Moreover, the average Timeform mark of Dubawi’s stakes winners is 114.5, compared to Frankel’s 113.7. It must also not be forgotten that both Frankel and Dubawi have built their reputations from a discernably different quality of mare. Right from the outset of his career, Frankel was all the rage and his first book set a very high standard. Dubawi, meanwhile, started his career at £25,000 and it took him ten seasons before he eclipsed Frankel’s first fee of £125,000.

Frankel’s first yearlings may have disappointed some, but his first two- and three-year-olds certainly didn’t. In fact, the success of his current three-year-olds is a measure of how impressed breeders were with his first runners. The likes of Adayar, Hurricane Lane and Snow Lantern are products of mares sent to Frankel on the back of his outstanding first crop.

A good measure of the effectiveness of a sire is to compare the success of his stock to the success of all their other siblings by other sires. By this measure, Dubawi is making a better fist of things.

His 16% stakes winners to runners were from mares that typically produce 12.1% by other sires. Frankel, on the other hand, sires 15.5% from mares who normally produce 16.8% by others. But a word of warning here as it is always difficult to improve on what very good mares have already achieved. It is well known that in general terms mares tend to be less effective as they age, and, if a stallion attracts a lot of dams of stakes winners, their age profile is bound to be higher. Hence, the average age of Frankel’s mares at 10.3 years is much higher than the age at which other sires covered his mares, which stands at 9.5 years.

In Dubawi’s case, his mares’ average age is a comparatively low 9.8 years. In an effort to compare like with like, we can confine our comparison of the two super sires to just elite mares, those in the top 15% of the population ranked by either their pedigree or progeny records. Both stallions have been exposed to enough such mares by now to make it a worthwhile exercise and it mitigates Dubawi’s early-years disadvantage.

For a start, 63% of the dams of Frankel’s runners can be classed as elite, compared to 54% of Dubawi’s, but the Darley sire has produced 19.6% stakes winners from his best mares, compared to Frankel’s 17.5%. Whatever the respective merits of these two great sires, what is clear is that Britain is now home to the two best living stallions in Europe. When is the last time we could have said that? 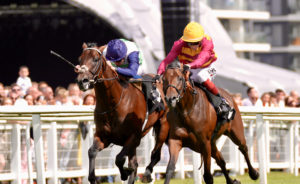 Up Next
El Kabeir adding to Scat Daddy legacy