Nature loves to work in cycles. We see it everywhere we look in the natural world. And it seems this natural rhythm of things spills over into to the world of economics, too. In our own relatively small and discreet world of thoroughbred breeding, economic cycles are also inescapable. Stallion careers ebb and flow in response to perceived financial risk and reward by commercial breeders, who nowadays make up a significant proportion of thoroughbred producers. In the modern era, no stallion is immune so let us highlight a handful of British and Irish sires that are due for a resurgence with their 2022 two-year-olds.

Kingman announced himself as a potential top-class stallion in 2018, when his two-year-old son Calyx defeated the subsequent Phoenix Stakes winner and Dewhurst Stakes runner-up Advertise in  Royal Ascot’s Coventry Stakes. Later in the season, another son – Persian King – was an impressive winner of the Autumn Stakes, while a few more looked destined for greater things as they matured. And so began the scramble for 2019 nominations to what seemed to be Juddmonte Farm’s latest commercial success story.

Kingman attracted a massive book of 223 mares in 2019 at a fee of £75,000, up from the £55,000 asking price of his first three years at stud. With the benefit of hindsight, Juddmonte could have asked for double the money as his book contained no fewer than 145 elite mares – mares that belong in the top 15% of the broodmare population of Britain and Ireland. To put this number into some sort of context, by my reckoning there have only ever been six previous books in Europe with a higher number of elite mares, two each for Galileo and Frankel and one each for Dubawi and Wootton Bassett, who led all stallions in 2021 after his move to Coolmore.

So we ought to expect some fireworks from Kingman’s current juveniles this year, certainly an improvement on his lone stakes winner – the Group 1-placed Noble Truth – from his 2019 crop of juveniles. The Kingmans will train on to be better three-year-olds though and it looks odds-on that the son of Invincible Spirit will maintain or indeed improve upon some of his already-impressive strike rates. He currently sires 11.9% stakes winners to runners and that increases to 16.8% when the dams are elite mares, which of course he now has a plentiful supply of. Moreover, his 2019 book of 145 elite mares was followed a year later with 139 and then 132 last spring, so Kingman’s future looks assured.

From the same class of retirees as Kingman came No Nay Never. He too got out of the block early, siring six juvenile stakes winners in 2018, headed by the impressive Middle Park Stakes winner Ten Sovereigns. With his speed heritage – his mature winners average 7.4 furlongs – it’s a tougher task to find the same number of elite mares that might suit him compared to Kingman, whose winners aged three and up average 8.5 furlongs. Nevertheless, No Nay Never’s tally of elite mares covered in 2019 soared to 72, easily his best number since retiring to stud and up from 24 the previous year.

With an excellent first crop of runners and a new fee of €100,000 (up from €25,000), the 2020 No Nay Nevers presented a new and revitalised proposition to buyers at last year’s yearling sales. And they believed what they saw if his yearling average of €216,000 – up from £121,000 the year before – is anything to go by. Perhaps there is a little more expectation on No Nay Never to produce some nice two-year-olds this year, but given the fact that his current strike rate for runners from elite mares is 15.4% stakes  winners, you can see him doing just that. He does appreciably better with his colts, which already have a 10.3% stakes winners to runners strike-rate (excellent for a speed sire) and a 17.9% score when they are out of elite mares.

Camelot is another stallion that received a huge vote of confidence from yearling buyers last autumn. His 37 yearlings sold averaged €200,000 which was a marked improvement on the €94,000 the previous year. And his 2020 crop are certainly a cut above, bred as they are on the back of a fee increase from €30,000 to €40,000, prompted to a large extent by the exploits of his first crop of three-year-olds and second crop juveniles in 2018.

Group 1 winners Latrobe, Athena and Wonderment, plus the high-class Hunting Horn, all played their part in creatingstrong demand for 2019 nominations that produced a better book than the year before. Time will tell if these future Camelots can excite breeders sufficiently to earn their sire the quality of mare he attracted earlier in his career. A racehorse that Timeform might describe as very high class (rated 125-129) or indeed top class (rated 130+) wouldn’t go amiss.

Other sires that have taken a significant step forward with the quality of their 2020 crop include Sea The Moon, whose tally of elite mares covered in 2019 was at an all-time high to that point in his career, although it seems 2021 yearling buyers didn’t get than particular memo judging by his yearling average last autumn, which didn’t advance on the previous year’s. The quality of his books has since progressed even further on the back of Group 1 winner Alpine Star.

Australia too got due recognition for his achievement in siring three Group 1 colts, plus Group winner Beyond Reason, among his first set of two-year-olds. His best-bred runners are just about  to launch their careers but it may take several more years before we can assess the full merits of this crop, given Australia’s propensity to produce such excellent older horses. 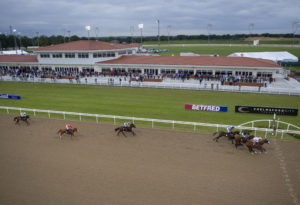 Up Next
Gambling Act reforms pose threat to racing's income