I have regularly looked to address some of the biggest challenges facing racing. The year has only just begun and already we are faced with another major issue. The government’s Gambling Act Review is due to report imminently and yet again racing needs to put out its stall properly to ensure that we protect our sport now and put it on a sustainable footing for the future.

For those not aware, the government have been consulting on long-awaited changes to the Gambling Act, which has been in place since 2004. And rightly so – the act needs modernising and developing to ensure it is fit for the modern age in a sector that has been transformed through the rise of mobile and online gaming.

At the core of the potential reforms is the government’s perception of vulnerable customers and the need to prevent harm from gambling. Again, rightly so, it is important that gambling is done so responsibly.

Yet all of this must not produce unintended consequences that could cost whole industries and livelihoods. British racing is in a unique sporting position, in that it and betting are interdependent, with the majority of racing’s major revenue streams linked to betting. These include the levy, income from media rights deals between racecourses as well as betting operators and sponsorship deals.

This revenue supports the venues and eventually trickles down to owners, trainers, jockeys and stable staff. As we know, prize-money, already at precariously uncompetitive levels, would not stand the impact of significant contraction in betting-based revenue streams.

Proposals within the reform, such as additional affordability measures and even betting caps, could significantly impact gambling revenues and have a huge knock-on effect on horseracing in the UK.

“Betting on racing is responsibly enjoyed by millions of people in the UK every year. We should continue to support people’s freedom to wager their own money freely as and when they wish”

These proposals could permanently undermine investment in our sport and condemn us to losing further ground to our international competitors. All of this at a time when many individuals, businesses and organisations across the industry have struggled financially throughout the pandemic and are hoping for a sustained period of stability to recoup significant losses.

The government must think carefully, understand the situation and balance the outcomes. Without support in other areas such as levy development, it could be doing wanton damage to this country’s second most-watched sport and a core part of our rural economy.

In the year that we celebrate the Queen’s Platinum Jubilee and her love of British racing – Cazoo Derby day at Epsom on Saturday, June 4 will be an important part of the official celebratory programme of events – it would be catastrophic if Her Majesty’s government introduced measures that caused irreversible harm to her beloved sport.

I am in no doubt that harming the revenue pipeline to racing will have significant unintended consequences at a moment of extreme vulnerability in our recovery.

Racing must be on the front foot with government on explaining its symbiotic relationship with betting, the important value gambling revenues provide, and the need to have a responsible gambling sector that allows free enjoyment of our sport.

The issue of the Gambling Act Review, other areas such as levy development and more, are vital to protecting and growing the sport’s revenues. They are also vital to improving the racing product and experience for owners, which is of course a core focus for the ROA.

It is not simple or easy, but if it was, it wouldn’t be horseracing! 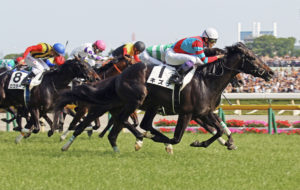 Up Next
Emerging inbreeding patterns silencing the doubters