Loss of Deep Impact and King Kamehameha, plus imports, could alter the status quo

A favourite song of mine (nicely warbled by Randy Crawford) starts with the rather unnerving line that “everything must change, nothing stays the same” – something which the racing industry is constantly being reminded of, worldwide.

For example, the 2019 edition of the Japan Cup was the first in the race’s 39-year history to be contested solely by Japanese-bred horses, without a single foreign-trained raider.

Compare this to when I attended the 1988 edition, which featured eight accomplished foreign raiders headed by Arc winner Tony Bin, the Australian Horse of the Year Bonecrusher and the American Grade 1 winner My Big Boy.

Unfortunately, the race appears to have become a victim of the success enjoyed by the Breeders’ Cup Turf and the Hong Kong Cup and Vase, which enjoy a longer gap of around five weeks between the Breeders’ Cup.

According to the Horse Racing In Japan website, the Japan Cup’s inauguration in 1981 “resulted in the breeding industry setting a goal for producing faster and stronger horses that could hold their own worldwide. This approach was to aim at a steady improvement of the Japanese-bred horses through the introduction of superior stallions and broodmares from overseas.”

This strategy has worked so well that Japanese horses have won the last 14 editions of the Japan Cup, the latest success coming via the five-year-old Suave Richard, runner-up in the 2017 Japanese Derby (Tokyo Yushun).

The last foreign interloper was back in 2005, when Luca Cumani’s Alkaased followed in the footsteps of such as Falbrav, Pilsudski, Singspiel, Lando, Le Glorieux, Jupiter Island and Stanerra.

But even the Japanese industry may be approaching a tipping point, as we were reminded when the all-conquering Shadai Farm announced its fees for 2020. The list contained no fewer than 29 stallions but Shadai will have to cope without its major stars Deep Impact and King Kamehameha, both of whom died during 2019.

Also absent from the list is the veteran Kurofune, who ranked among the top ten stallions for an impressive sequence of 12 years.

Japan’s breeding industry has developed along similar lines to those in Europe, the US and Australasia in that its attempts to improve the breed involved the importation of plenty of breeding stock. 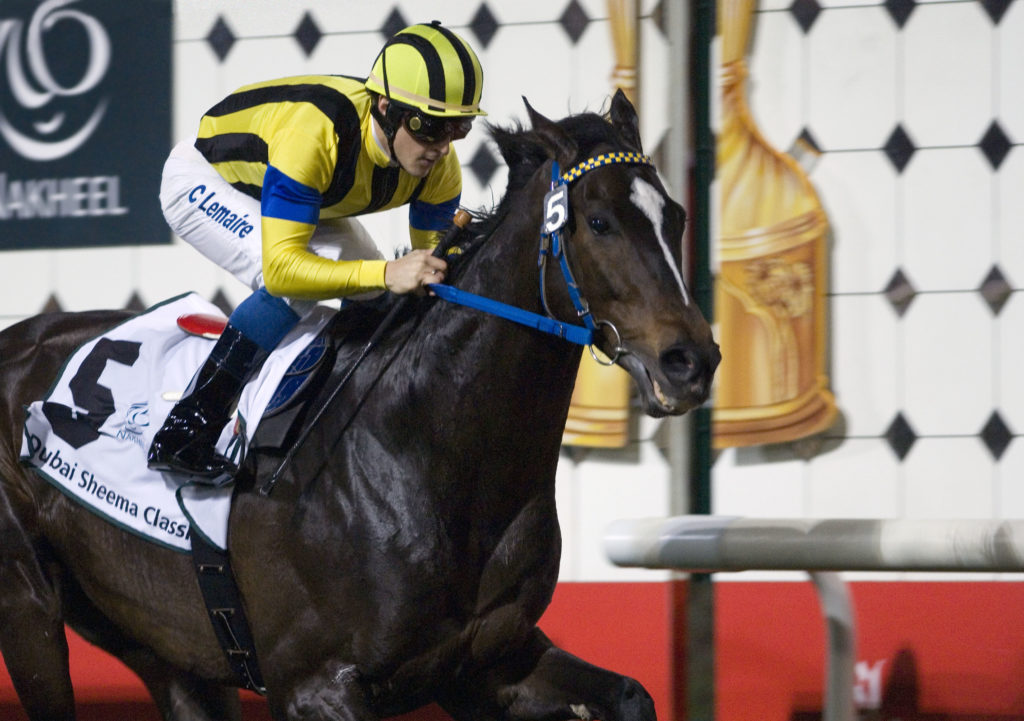 Heart’s Cry: is now the second-highest-priced stallion at the Shadai Stallion Station

Then, with that mission accomplished, the local breeders have largely preferred to use stallions which established their reputations under local conditions.

For Americans the turning point arguably came after the importation of Nasrullah, for Europe it was Northern Dancer’s son Sadler’s Wells and for Australia it was Danehill.

It could be argued that the stallion which first started to modernise the Japanese thoroughbred was Northern Taste, another son of the incomparable Northern Dancer.

This white-faced chestnut, a winner of the Prix de la Foret, raced in the colours of Zenya Yoshida in the early 1970s before becoming champion sire in Japan ten times in the space of 11 years.

Northern Taste then kept up the good work in the role of broodmare sire, racking up 15 consecutive championships between 1992 and 2006.

By 2018 there were 230 thoroughbred stallions registered at stud in Japan, of which 60 were foreign-bred and 170 Japanese-bred. Needless to say, the bulk of those Japanese-bred stallions carry the blood of Shadai’s greatest stallion, the Kentucky Derby and Breeders’ Cup Classic winner Sunday Silence, who died in August 2002.

Sunday Silence could be described as Japan’s answer to Sadler’s Wells, as he too achieved the unimaginable by building a sequence of 13 consecutive sires’ championships, between 1995 and 2007.

The parallels between Sunday Silence and Sadler’s Wells continued, as each of them became similarly dominant as a sire of broodmares, with Sunday Silence likely to achieve his 13th consecutive broodmare title in 2019.

Each of them also had a truly worthy heir among their successful stallion sons. Whereas Galileo is well on his way towards matching Sadler’s Wells’s total of 14 titles, with 2019 providing his 11th championship, Deep Impact is heading for his eighth straight title in 2019. 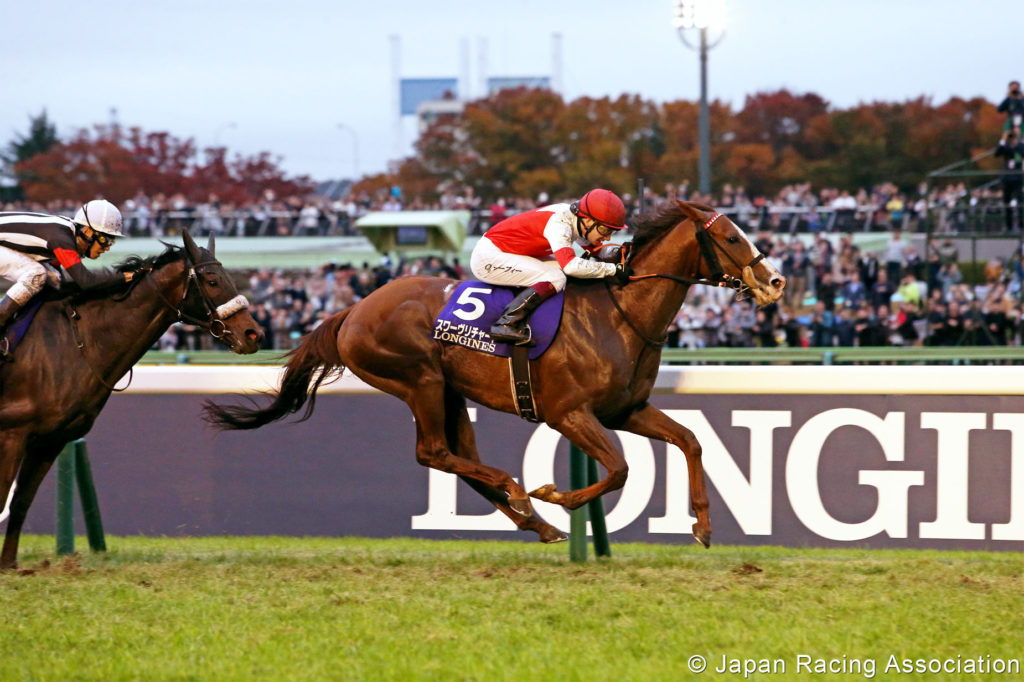 Suave Richard: won the 2019 edition of the Japan Cup

Perhaps, though, their comparatively early deaths were no bad thing when it comes to the long-term health of the Japanese industry. The Horse Racing In Japan website states that 20 sons of Deep Impact collectively covered 1,275 mares in 2018, while 17 sons of Sunday Silence covered 761 mares.

When all stallions with Sunday Silence in their second generation are added in, the figures rise to 82 stallions, which covered a total of 3,931 mares – 35 per cent of all mares covered in 2018.

With more potential stallion sons already in the pipeline, Deep Impact’s influence is set to be profound, as is hinted at by Japan’s table of first-crop sires. Top of the table at the end of November was Kizuna, with further sons – Real Impact, World Ace, Vincennes and Spielberg – also in the top 12.

Of course, Sunday Silence’s demise in 2002 after a lengthy struggle with laminitis means that his youngest sons will be 17 years old in 2020.

Even so, three of his sons were responsible for nine of the 15 runners in the Japan Cup, with four by Deep Impact, three by Heart’s Cry and two by Stay Gold.

Heart’s Cry himself contested three editions of the Japan Cup, notably failing by only a nose to catch Alkaased in 2005, and he has now sired two winners of the Japan Cup, thanks to Cheval Grand in 2017 and Suave Richard two years later.

Deep Impact, of course, won the 2006 Japan Cup and has since been represented by the dual winner Gentildonna and another winning filly in Shonan Pandora. Deep Impact’s brother Black Tide also got into the act with Kitasan Black, the 2016 winner.

Heart’s Cry is likely to benefit from Deep Impact’s absence as he now ranks as the second-highest-priced stallion at Shadai, even though his 2020 fee of ¥10 million (£70,000) is only a quarter of the fee commanded by Deep Impact in his last two years. 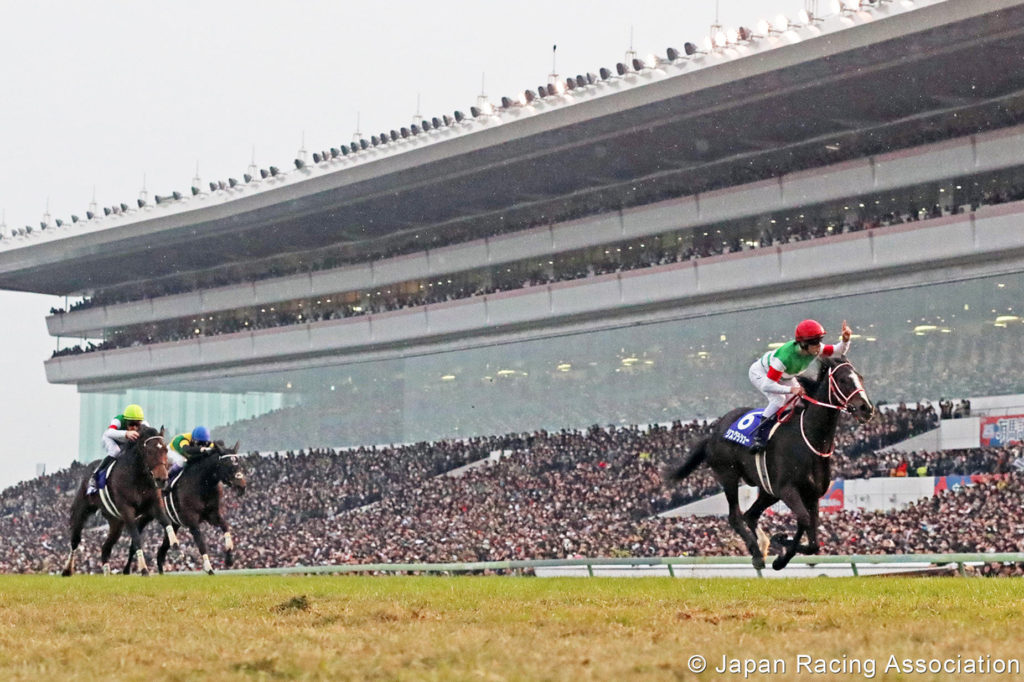 Lys Gracieux: is a daughter of Heart’s Cry

Despite that disparity, Heart’s Cry merits plenty of respect both as a racehorse and a stallion. He won the 2006 Dubai Sheema Classic, having become one of the few horses ever to beat Deep Impact when he held off the Japanese Triple Crown winner by half a length in the Group 1 Arima Kinen.

Heart’s Cry was also a fine third, beaten only half a length and the same, behind Hurricane Run and Electrocutionist in the 2006 King George.

He was clearly well qualified to sire international performers and has done so, thanks to such as Lys Gracieux (winner of Australia’s Cox Plate and Arima Kinen in 2019), Just A Way (Group 1 Dubai Duty Free), Admire Rakti (Group 1 Caulfield Cup) and Yoshida (a Grade 1 winner on both dirt and turf in the US, where he has now been retired to WinStar Farm at a fee of $20,000). Heart’s Cry also has winners of the Japanese Derby and Oaks to his credit.

If there is to be a rival to the dominance of the Sunday Silence line, it looks likely to come from King Kamehameha, the 2004 Japanese Derby winner who was conceived in Kentucky but foaled in Japan.

Lord Kanaloa, whose talents have been ably demonstrated by the top filly Almond Eye, covered a whopping 294 mares in 2018, the same year that Duramente – a King Kamehameha colt who won the Japanese 2,000 Guineas and Derby – covered 290 mares.

Duramente, whose first crop races in 2020, has had his fee raised to ¥7m, which is one million more than Rulership, another King Kamehameha stallion who is demonstrating the merits of Japan’s racehorses and stallions.

Rulership’s son Mer de Glace travelled to Australia to win the Caulfield Cup in October. Rulership covered 243 mares in 2018, so this male line certainly isn’t going to lack for numbers in the battle with Deep Impact and his sons.

“If there is to be a rival to the dominance Sunday Silence, it looks likely to come from King Kamehameha”

Lord Kanaloa and Rulership enjoy the invaluable asset of having no Sunday Silence blood but Duramente has a dam by the 13-time champion sire and so does King Kamehameha’s well-connected son To The World, a 2,000 Guineas runner-up who had at least 19 first-crop two-year-old winners in 2019.

Following the deaths of Deep Impact and King Kamehameha, I half expected Shadai to step in to buy a leading proven stallion from Europe or America as a ready-made replacement.

However, they have instead bought the top American turf horse Bricks And Mortar, who was gaining his fifth Grade 1 success of 2019 when he landed the Breeders’ Cup Turf.

The son of Giant’s Causeway starts his stallion career at a fee of ¥6m, which puts him on the same mark as Harbinger, the runaway King George winner who is emerging as a talented stallion.

The Shadai team have no aversion to American dirt horses (and why would they after Sunday Silence’s achievements?). The 2016 Breeders’ Cup Sprint winner Drefong is approaching his third season and he was joined in 2019 by Mind Your Biscuits, a dual winner of the Dubai Golden Shaheen.

Another addition to the team is New Year’s Day, who had initially been sold to Brazil a few months before his son Maximum Security passed the post first in the Kentucky Derby.

Other imports standing at Japanese studs include Talismanic, winner of the 2017 Breeders’ Cup Turf, and Declaration Of War, whose recent results suggest that America’s loss has been Japan’s gain.

It is going to be fascinating to see whether any of these imports can alter the status quo. 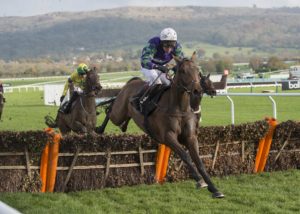 Up Next
Thyme Hill another gem for Kayf Tara