For well over a decade, Kayf Tara has reigned as Britain’s leading jumps sire. Indeed the jumping landscape in this country would look very different without the Overbury Stud stalwart, his popularity underlined by the fact that he has long been one of those horses capable of garnering respect from across the Irish Sea and beyond.

Thyme Hill’s win in Saturday’s Grade 1 Challow Novices’ Hurdle at Newbury provided Kayf Tara with a 19th Grade 1 success as a sire over jumps. Ten individual horses have contributed to that haul, which began in April 2010 when first-crop son Planet Of Sound defeated War Of Attrition to win the Guinness Gold Cup at Punchestown.

Since then, an array of household names have helped maintain that momentum. That spectacular two-mile chaser Special Tiara boasted the 2017 Queen Mother Champion Chase among his three Grade 1 wins for Henry de Bromhead. Thistlecrack, on the other hand, has excelled over three miles, his lengthy career for Colin Tizzard highlighted by victories in the King George over fences and Stayers’, JLT Long Walk and Liverpool Stayers Hurdles over the smaller obstacles.

Another talented chaser, Blaklion, won the RSA Chase at the same Cheltenham Festival in 2016 that Ballyandy captured the Weatherbys Champion Bumper. And while Edwulf has just the one Grade 1 to his record, namely the 2018 Unibet Irish Gold Cup at Leopardstown, that remarkable performance will live long in the memory given the horse’s return from a near death experience at the Cheltenham Festival the year before. Such tenacity would appear to be a hallmark of Kayf Tara’s progeny. 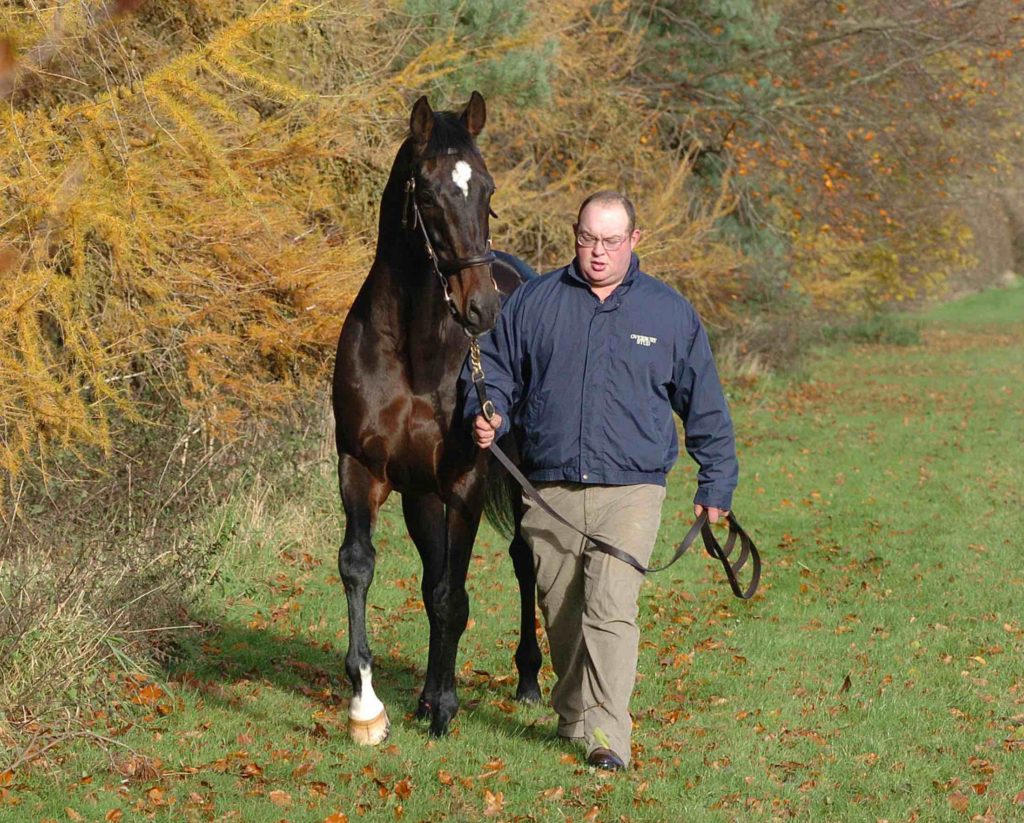 Kayf Tara, who will cover in 2020 aged 26, with Dan Matty at Overbury Stud | Photo: Emma Berry

Grade 1-winning hurdlers Identity Thief and Lieutenant Colonel, not to mention the popular and recently retired chaser Tea For Two, who had Native River behind him when winning the 2015 Kauto Star Novices’ Chase at Kempton, complete the Grade 1 list.

That Kayf Tara should have developed into such an integral part of the British jumps scene should not be regarded as a great surprise. After all, he was one of the great stayers of his era for Godolphin, one whose two Gold Cup victories at Ascot enveloped a pair of comprehensive wins in consecutive renewals of the Irish St Leger. He was also extremely well bred as a Sadler’s Wells son of the Irish Oaks heroine Colorsnap and therefore a brother to the King George and Eclipse Stakes winner Opera House, subsequently a high-class sire in Japan.

In every season bar one since 2008-09, Kayf Tara has been Britain’s leading jumps sire

Thus, Kayf Tara’s retirement to Overbury Stud under the Darley banner in 2001 possessed the potential to be a real shot in the arm to British jumps breeding. And so it has happily proven; although we must also not forget that in fact his first winner arrived in classy company on the Flat courtesy of Ruby Wine’s success in a Listed Oaks Trial at Newbury in 2005.
Nevertheless, it is as a jumps sire that Kayf Tara has found his forte, and the British jumps breeding scene has been all the better for it.

In every season bar one since 2008-09, Kayf Tara has been Britain’s leading jumps sire. He has achieved a top ten finish on the overall standings every season since 2013-14, notably when second behind King’s Theatre in 2016-17, when his progeny amassed approximately £2.42 million in earnings. And with Thyme Hill among his current battalion of runners, another top ten finish looks assured for 2019-20; at the time of writing, his progeny had already earned approximately £650,000 between them.

Thyme Hill, trained by Philip Hobbs, is so far the best runner to emerge out of his sire’s 2014 crop, a group that numbers almost 50 foals bred when Kayf Tara was still available for only £3,000. However, it could pay to keep an eye on Alan King’s Edwardstone and the Queen’s Keen On, both of whom have won their last two starts in novice hurdle company. 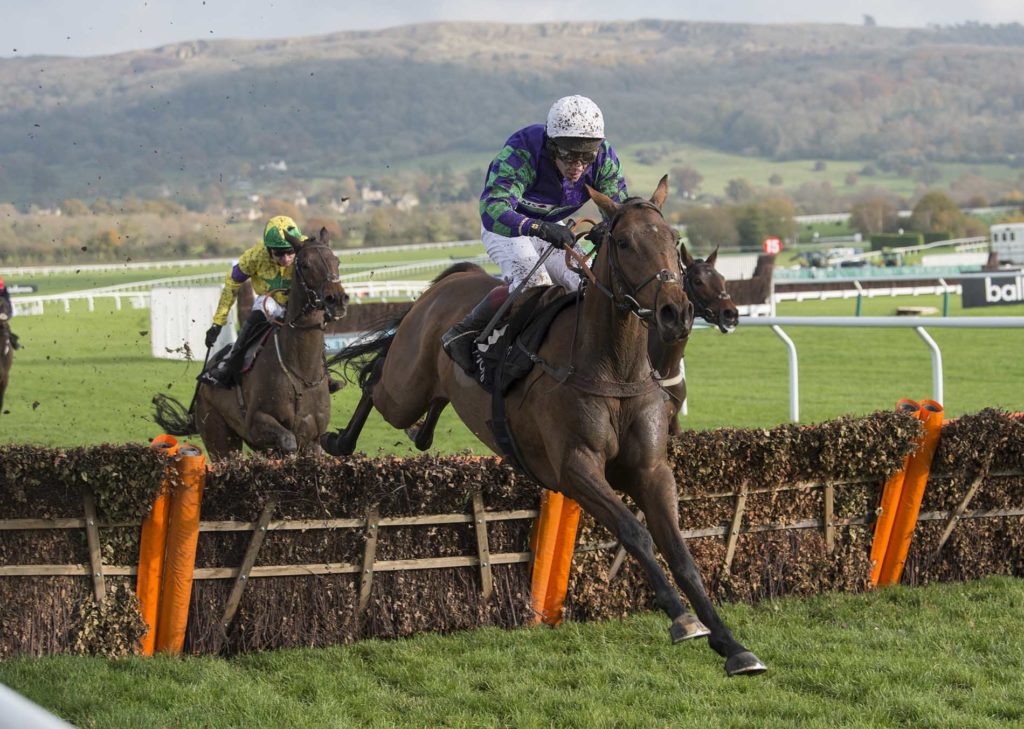 Appropriately, Thyme Hill was bred in Britain by Overbury Stallions Ltd, also the co-breeder of recent Fighting Fifth Hurdle victor Cornerstone Lad. He is a brother to the Listed-placed chaser Storming Strumpet, a three-time winner at up to around 2m5f for Tom George. They are the only two winners to date out of Rosita Bay, a bumper and hurdles winner for Oliver Sherwood who was out of the 1993 Martell Mersey Novices’ Hurdle heroine Lemon’s Mill. That mare was also talented enough to win on her debut at Newmarket for John Gosden, as perhaps befitted a daughter of Roberto bred by Juddmonte Farms from the family of Canadian Oaks heroine Northern Queen.

Thyme Hill is the last foal out of Rosita Bay prior to a yearling colt by Dunaden and filly foal by Jack Hobbs.

Kayf Tara turns 26 this week. He is entering the twilight of his stud career but as an established British asset, remains in demand – he covered 69 mares in 2019 at a fee of £10,000, a figure he is due to command again in 2020. Thankfully, as Thyme Hill illustrates, his story is far from over. 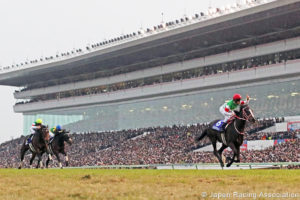 Up Next
Gracieux strikes another chord