Hunting for the next Advertise at Doncaster

Rarely has a week gone by this summer when a reminder of the talent on offer at the Goffs UK Premier Sale hasn’t been forthcoming.

There were three major adverts during Royal Ascot in the form of Advertise, Daahyeh and A’Ali, successful in the Commonwealth Cup, Albany and Norfolk Stakes, while at Goodwood, Golden Horde served to further enhance the sale’s reputation when landing the Richmond Stakes.

The best out of last year’s sale, however, could well be Mums Tipple, the devastating winner of the Goffs UK Premier Yearling Stakes at York. The Footstepsinthesand colt was bought by Peter and Ross Doyle for £45,000 from Portlester Stud.

This is a sale that has evolved out of all recognition in recent years. While the idea of the ‘sharp Donny yearling’ still rings true, it now runs in tandem with demand for the more scopier animal – think multiple Group 1 winner Laurens, who sold at this sale for £220,000 to Salcey Forest Stud on behalf of John Dance in 2016.

This year’s renewal opens on Tuesday with a catalogue of 469 yearlings, among them those by heavyweights such as Acclamation, Dark Angel, Exceed And Excel, Frankel, Kingman, Kodiac, Lope De Vega, Showcasing and Zoffany. Promising young sires Night Of Thunder, Gutaifan, Gleneagles and Cable Bay are also well represented while there are no fewer than 24 stallions with first yearlings on the ground, among them Awtaad, Belardo, New Bay, Shalaa, The Gurkha and Twilight Son.

Last year’s sale reached new heights in the record sale of a Gleneagles colt from Newsells Park Stud – now named Manakhon Power – for £380,000 to SackvilleDonald on behalf of King Power Racing. Overall, £19,084,500 was turned over on 421 yearlings at an average of £45,331.

The Goffs UK Silver Yearling Sale, the source of The Mackem Bullet and Major Jumbo in recent years, follows on Thursday.

By far the most expensive pinhook catalogued, this colt was bought by vendor Jamie Railton for 180,000gns at last year’s Tattersalls December Foal Sale.

His appeal is obvious as a half-brother to the Flying Childers and Queen Mary Stakes heroine Heartache, who subsequently sold for 1.3 million guineas to MV Magnier and is now in foal to Galileo. Their dam, Listed winner Place In My Heart, has also bred the Listed-placed Heartwarming while her two-year-old is the highly regarded Hand On My Heart, a winner on debut for Clive Cox who holds an entry in the Cheveley Park Stakes. 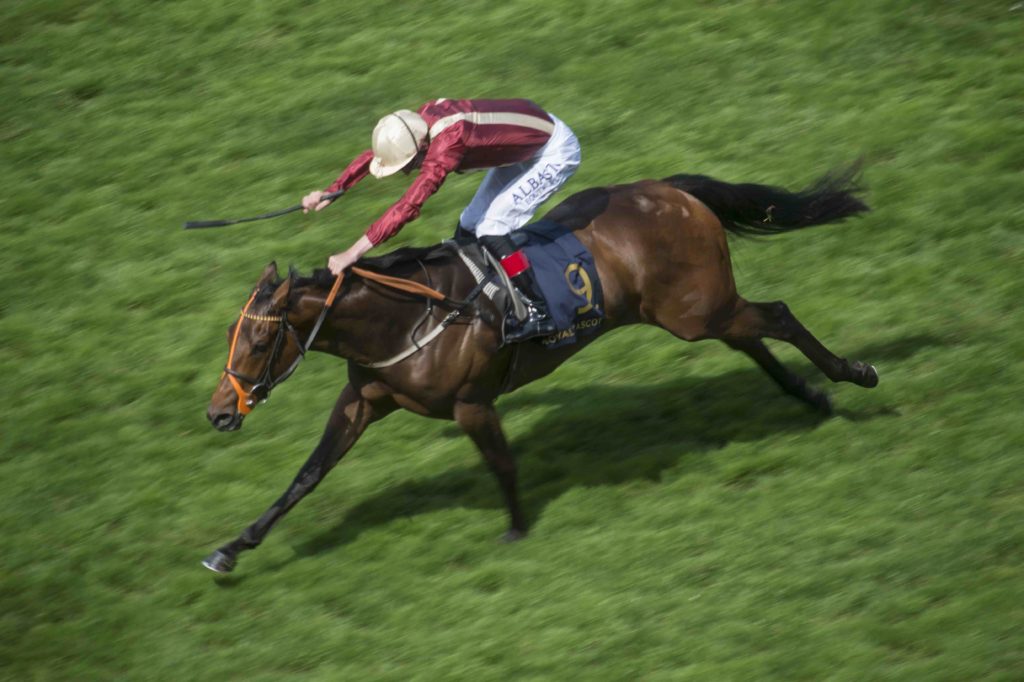 This fast family has served his breeder Whitsbury Manor Stud well since the Harpers bought into it with the purchase of her fourth dam Hollow Heart. Therefore, it’s only fitting that this particular colt should be an early auction representative for their young stallion Adaay.

Kyllachy was a firm favourite with Doncaster buyers for many years and chances are that the first crop of his Group 1-winning son Twilight Son will follow suit this season. Following a winter of breeding stock sales at which he returned a first-crop foal average close to 30,000gns, the Cheveley Park stud stallion duly has plenty of ammunition in this catalogue as the sire of 22 lots.

They include this well-connected Hunscote Stud homebred, a half-brother to the stud’s Fred Darling Stakes winner Dan’s Dream. They are out of the unraced Royal Ffanci, who hails from the further family of Irish 1,000 Guineas runner-up Penkenna Princess.

A filly in possession of a live pedigree as a half-sister to Decrypt, a two-time winner in his brief career to date for Paddy Twomey who was last seen running third in the Irish 2,000 Guineas.

They are out of the winning two-year-old She’s A Worldie, a 91-rated filly at her peak who hails from the further family of the Group 1-placed two-year-old Dhanyata (herself dam of lot 301, a filly by Kodiac from Highbank Stud).

From the second European crop of Brazen Beau, this filly is inbred 4×3 to blue hen Rafha, a pattern also seen in Listed scorer Orbaan within a select group of 18 named foals.

One of 13 catalogued by commercial favourite Kodiac, this colt is a half-brother to Slumber, winner of the Grade 1 Manhattan Stakes in the US. Slumber won five races in total and also ran placed at Grade 1 level on a further four occasions before retiring to stand at Calumet Farm in Kentucky – his first crop are yearlings of 2019.

Bred by Ibrahim Rachid, this colt was a €62,000 pinhook by vendor Cooneen Stud out of last year’s Goffs November Foals Sale.

Another filly with a notably live family behind her as a direct descendant of 1,000 Guineas heroine Russian Rhythm, whose clan has been in excellent fettle of late.

Recent winners include this filly’s very own half-sister Nina Bailarina, who created a fine impression when scoring by five lengths at Newmarket for Ed Walker last month. Granddam Safina, meanwhile, has been represented in recent weeks by debut scorer Melnikova as well as easy Newmarket handicap winner Davydenko. 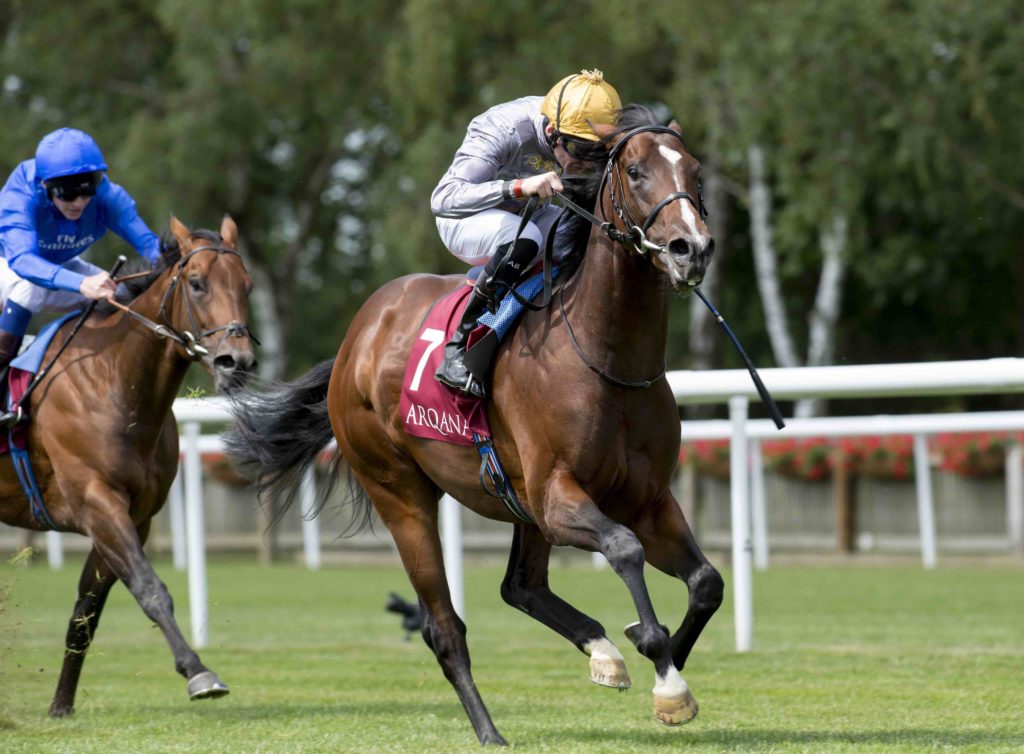 Lot 177, a filly from the family of Russian Rhythm, is one of ten representatives of first-crop sire Shalaa © George Selwyn

In addition, the Listed-placed Safina is a sister to Barynya, in turn the dam of classy miler Zonderland and granddam of recent Vintage Stakes runner-up Positive.

This filly is one of ten lots catalogued here from the first crop of the brilliant two-year-old Shalaa. Haras de Bouquetot’s son of Invincible Spirit really captured the imagination at the recent Arqana August Sale, where he returned a yearling average of €182,929.

The sole Frankel catalogued, this filly is the first foal out of the high-class Ainippe.

The daughter of Captain Rio won four races, latterly in the colours of Qatar Racing, including the Ballyogan and Brownstown Stakes. She also ran third to Legatissimo in the Matron Stakes.

Galileo’s affinity with Pivotal mares is well known and Frankel is no different – think Cracksman and Veracious – making this filly, who is bred on a variation of the cross, all the more interesting.

Coral Mist’s first foal, Magnetic Love (by Exceed And Excel), lit up this sale two years ago when changing hands for £140,000 to Dance, Creighton and SackvilleDonald, and if her latest yearling on offer stands up to scrutiny, chances are that he will do the same.

Coral Mist, a three-parts sister to Prix de la Foret winner Toylsome, enjoyed her finest moment when successful in the 2013 Firth of Clyde Stakes, and went on to change hands for 350,000gns to Lordship Stud at the end of her career as a result.

Further back, this is the family of champion stayer Leading Light.

The Highclere Stud draft also includes an Acclamation brother to Group 3 winner Projection (129), who is out of Grade 2 heroine Spotlight, and an Oasis Dream relation to Raffle Prize (183; colt).

In possession of one of the most eye-catching updates within the sale as the half-brother to Golden Horde, winner of the Richmond Stakes and third in the Prix Morny since the publication of the catalogue; the colt was a £65,000 purchase by trainer Clive Cox out of this sale last year.

Not only that, another half-sibling, Exhort, struck in the Pipalong Stakes in July.

They are out of Entreat, a bargain 14,000gns purchase by Cn Farm through the BBA Ireland at the 2016 Tattersalls July Sale. The daughter of Pivotal is a half-sister to Group 2 winner Producer while further back, this is the family of American champion Serena’s Song and Imagining that is also responsible for the current Group performers Zabeel Prince, Queen Power, Summer Romance and Suphala.

This colt is one of no fewer than 32 lots catalogued by Tally-Ho Stud’s Mehmas, whose first crop have sold for up to 85,000gns so far.

A daughter of sire-of-the-moment Kingman, this filly is the first foal out of Listed-winning juvenile Kambura.

Also second in the Prix Miesque, Kambura hails from a fine French family adept at producing juvenile talent as a half-sister to the Group 1-placed Ximb alongside the Listed winners Welcome Millennium and Verba. Various half-sisters, meanwhile, have also enhanced the family by producing the likes of Solario Stakes scorer Native Khan and Prix Guillaume d’Ornano winner Pinson. 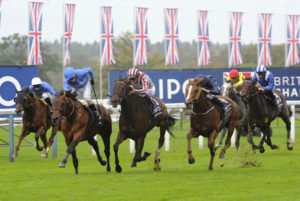 Up Next
Top numbers for Farhh despite fertility issues