Royal Ascot was memorable for all kinds of reasons. Covid-19 notwithstanding, there were many sires that added to their burgeoning reputations, while others promised future greatness.

Kodiac reminded us of his particular strengths, siring two more Group-winning juveniles – Campanelle in the Queen Mary Stakes and Nando Parrado in the Coventry Stakes – to bring his tally to 34 stakes-winning youngsters, which make up 60% of all his stakes winners. For good measure, his Group 1-winning son Hello Youmzain – himself a Group 2-winning juvenile – added the Diamond Jubilee Stakes to last year’s victory in the Sprint Cup. Given the late start to their careers, the task now facing Campanelle and Nando Parrado is to emulate Tiggy Wiggy and Fairyland, Kodiac’s two excellent Group 1-winning juveniles.

With 57 career stakes winners to his name, Kodiac’s efficiency of 5.3% Stakes winners to runners may not rival the elite brigade, but we can expect plenty more from him in the coming seasons as his next two crops contain more highly bred individuals than any previous crop.

Juddmonte’s Frankel reached a significant milestone, siring his 50th Group winner (he has since notched up his 51st) when his Hascombe and Valiant Studs-homebred daughter Frankly Darling landed the Group 2 Ribblesdale Stakes. The significance of this achievement is further underlined by the speed at which it was achieved. No other European sire has come within five stakes winners of Frankel’s total by June 16th of their fifth year with runners. And given average longevity, there’s no doubt whatsoever that Frankel will become his sire’s most prolific source of stakes winners, just as he was by some way Galileo’s best ever racehorse.

Currently he’s producing stakes winners at an excellent rate of 16.5% to runners, which is within touching distance of his great sire Galileo’s 17%. And with some richly endowed crops in the pipeline, even by Frankel’s standards, we ought to expect another flagship runner or two. So far, Frankel has sired only two horses with a Timeform rating of 125 or higher – Cracksman (136) and the unbeaten St Leger winner Logician (126p). 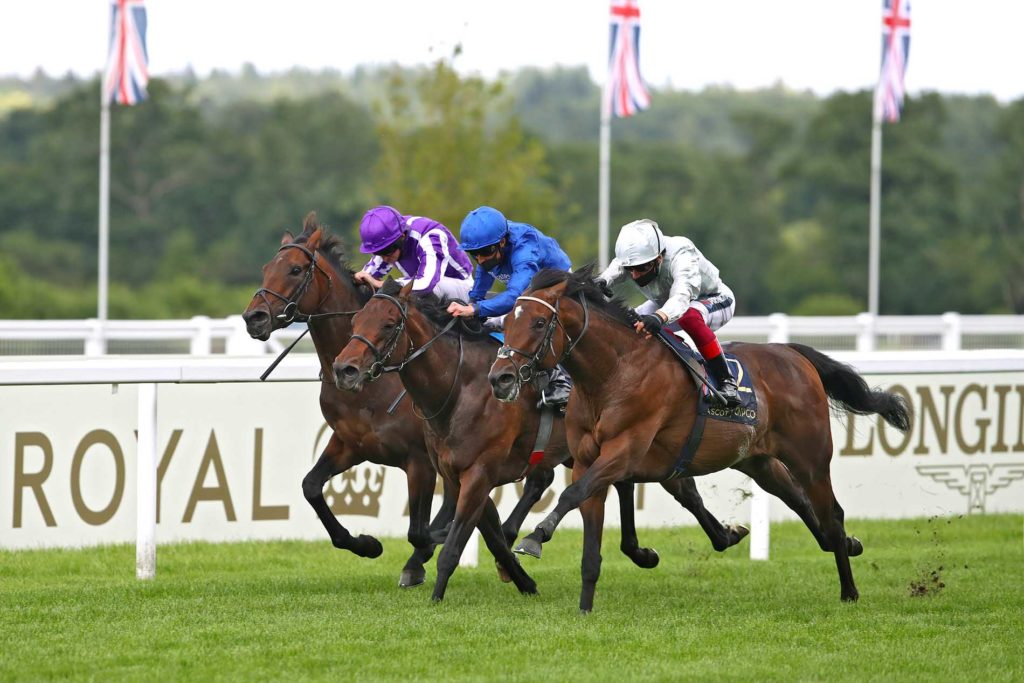 Frankel’s stud companion, Kingman, also got in on the act at Royal Ascot, siring the Group 1 St James’s Palace Stakes winner Palace Pier, whom Timeform rated 131 after his defeat of Pinatubo and Wichita – the highest mark awarded so far this year to any three-year-old, placing him in pole position among Kingman’s progeny, seven pounds clear of Calyx on 123.

Darley’s Dubawi, like Kodiac, also delivered a Royal Ascot treble with Lord North in the Group 1 Prince Of Wales’s Stakes, Khaloosy in the Britannia Handicap and Onassis in the Sandringham Handicap. These days, Dubawi may not be due any plaudits for winning handicaps, not even Royal Ascot handicaps. But he’s a sire whose stock improve so much that it is in these very races we see so many of his future stars. Lord North is a perfect example, graduating from winning the Cambridgeshire last year to Group 1 glory this summer. Now assessed at 128 by Timeform, Lord North is a perfect illustration of how the Dubawis improve with age.

The average Timeform rating for his three-year-olds is 85, compared to the 94 recorded by his older horses. To put this 9lb improvement in context, we can compare them to the same figures posted by Galileo, whose three-year-olds average 88 and older horses 87. From age two, the typical Dubawi moves up 22lbs, while the typical Galileo improves 13lbs. Khaloosy is another Dubawi improving out of all recognition. His four-and-a-half-length victory under 9-2 in the Britannia netted him a 120p rating from Timeform, the same mark allocated to Siskin after winning the Irish 2,000 Guineas.

It’s perhaps no surprise then that a former handicapper Lord North is now the best Dubawi from a crop that also featured Too Darn Hot and Quorto. And no surprise either that Khaloosy is his sire’s top-rated runner from his current Classic generation despite not yet having contested a black-type race.

Mention of Dubawi leads inevitably to his son Night Of Thunder, whose own son Molatham scored an eye-catching victory in the Group 3 Jersey Stakes. Will Night Of Thunder prove a worthy heir to his great sire? That is the question everyone’s now asking. Well, he cannot have started better fashion. His first 12 stakes winners were achieved in a shorter time than any other stallion since Pattern racing began. Now that he has created a strong base, it will be nice to see one of his progeny develop into a flagship horse. Perhaps the progressive Molatham will be that horse. 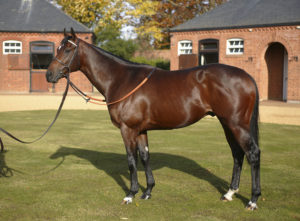