Andrew Caulfield looks at the legacy of the mighty Dansili, and his own personal journey with the stallion

Little did I know, when I was asked by Philip Mitchell to give some last-minute help with the Juddmonte matings for 1995, that this association would eventually span 27 years. I also wasn’t to know that Dansili, a member of the following year’s foal crop, was to become a fellow traveller throughout my Juddmonte journey.

While it was very sad to hear that Dansili had died just weeks short of his 26th birthday, any sadness was offset by the knowledge that his life had been very well lived. Although he had been pensioned after failing to get any mares in foal in 2018, he was credited with siring 1,553 foals, of which a magnificent 151 – 10 per cent – became black-type winners. More than 300 of those 1,553 were bred by Juddmonte and when Acanella sprang a surprise in the Group 3 Snow Fairy Stakes at the Curragh last August, she became the 34th of Dansili’s homebred progeny to become a Group or Graded winner (that includes several, such as the durable So Beloved,  which achieved that rank after being sold by Juddmonte).

Altogether some 47 of Juddmonte’s Dansili foals became black-type  winners, representing virtually 15 per cent of the operation’s 300-plus named foals. The 34 Group/Graded winners comprise ten Group/Grade 1 winners, ten Group/Grade 2 winners and 14 Group/Grade 3 winners. In other words, Prince Khalid was handsomely rewarded for his decision to stand Dansili, even though the status of Group 1 winner had eluded the colt during a thorough testing against the best milers of his era.

After winning his first two starts impressively, Dansili was asked by Andre Fabre to tackle 12 consecutive Group races and the son of Danehill reached the first four in all but one of them, recording three Group wins, four seconds (three at Group 1 level) and three Group 1 thirds. Although it is fair to say that Dansili acted on any going – he even won on heavy on his debut – I always wondered whether his career would have been even more rewarding had he been able to compete only when the ground was good or faster.

Dansili was capable of excellent acceleration when ground conditions were in his favour, as he showed when he ran Giant’s Causeway to less than a length in the Sussex Stakes. The fastest conditions he encountered were at Churchill Downs, when he produced a sensational stretch run to all but win the Breeders’ Cup Mile. Having been 13th of 14 with only a quarter of a mile left to run, he finished so fast that he was beaten only a neck and a nose.

The ground was also on the fast side when Dansili quickened at least three lengths clear of the remainder when second of 15 in the Poule d’Essai des Poulains. Similarly, his sire Danehill had relished firm ground when he landed Royal Ascot’s Cork And Orrery Stakes by three lengths.

This partiality for fast conditions may also have been relevant to the considerable success enjoyed by the progeny of Danehill and Dansili in North America.

Dansili exhibited enough quality as a youngster for his dam, the two-year-old Listed winner Hasili, to become a regular visitor to Danehill. Her second visit to the Coolmore stallion resulted in Banks Hill, who secured an Eclipse Award with her impressive victory on firm ground in the 2001 Breeders’ Cup Filly & Mare Turf. The partnership’s third foal, Intercontinental, won the same race four years later, defeating the outstanding Ouija Board to clinch the Eclipse Award for turf female, and she was also a seven-time Graded stakes winner on firm ground.

Cacique, born a year after Intercontinental, also thrived after his transfer to Bobby Frankel, turning in a string of fine efforts at Grade 1 level, notably winning both the Man o’War Stakes and Manhattan Handicap as a five-year-old. Champs Elysees, the last of Hasili’s five Danehill foals, maintained the blue hen’s record, collecting a total of three Group/Grade 1 victories in North America, including two on firm ground.

It’s hardly surprising, then, that Dansili’s progeny have proved very much at home on America’s fast turf courses. He is credited with having had 87 representatives in the US, with as many as 19 of them – 21.8 per cent – tasting black-type success, including 14 Graded stakes winners. Two of them – Dank and Queen’s Trust – maintained something of a family tradition with their victories in the 2013 and 2017 editions of the Breeders’ Cup Filly & Mare Turf.

Another of Dansili’s best daughters, The Fugue, sidestepped Dank’s race to take on the males in the Breeders’ Cup Turf, only to find Magician just too good. Of Dansili’s other daughters, the ex-French Proviso became a quadruple Grade 1 winner, while Laughing, Juliet Foxtrot, Price Tag and Blowout also became Grade 1 winners there, even though Juliet Foxtrot had an official rating of only 87 for Juddmonte in Britain.

It wasn’t just Dansili’s daughters that adapted well to the American style of racing.

It wasn’t just Dansili’s daughters that adapted well to the American style of racing. After two seconds in the Arc, the much-travelled Flintshire was transferred to Chad Brown as a six-year-old in 2016. A Group 1 winner in Gone but not forgotten: France and Hong Kong, Flintshire had already made a flying visit to Saratoga in 2015, when he landed the Grade 1 Sword Dancer Stakes in fine style. Two more Grade 1 successes quickly followed and even two unexpected defeats, which seemed to owe plenty to jockey error, weren’t enough to deny him the Eclipse Award for Turf Male. Juddmonte also did well in 2021 with Dansili’s ex-English gelding Set Piece, who became a Grade 2 winner.

When a stallion has as many as 16 fillies among his 24 Group/Grade 1 winners, as Dansili did, it is only reasonable to have high expectations of him as a sire of broodmares. His daughters have already produced nearly 100 black-type winners and again the US has played her part in this success story.

That tough filly Uni was foaled in Britain after being in utero when her dam Unaided was bought for $230,000 in 2013, but was returned to the US after becoming a Listed winner in France. The More Than Ready filly progressed so well that she numbered the 2019 Breeders’ Cup Turf among her four Grade 1 wins and she was sold for $4.1 million. Remarkably, Unaided wasn’t the first daughter of Dansili to produce a Breeders’ Cup Mile winner, as Exemplify’s son Expert Eye had taken the same race in 2018. There has also been Breeders’ Cup success for Twilight Gleaming, the 2021 Juvenile Turf Sprint winner. It is worth adding that only one of these three important American winners is out of a winning dam.

The ultra tough Magic Wand (out of Dansili’s Listed-winning daughter Prudenzia) also collected plenty of dollars on her American excursions, but it was in Australia that this daughter of Galileo collected her only Group 1 success, in the valuable Mackinnon Stakes. 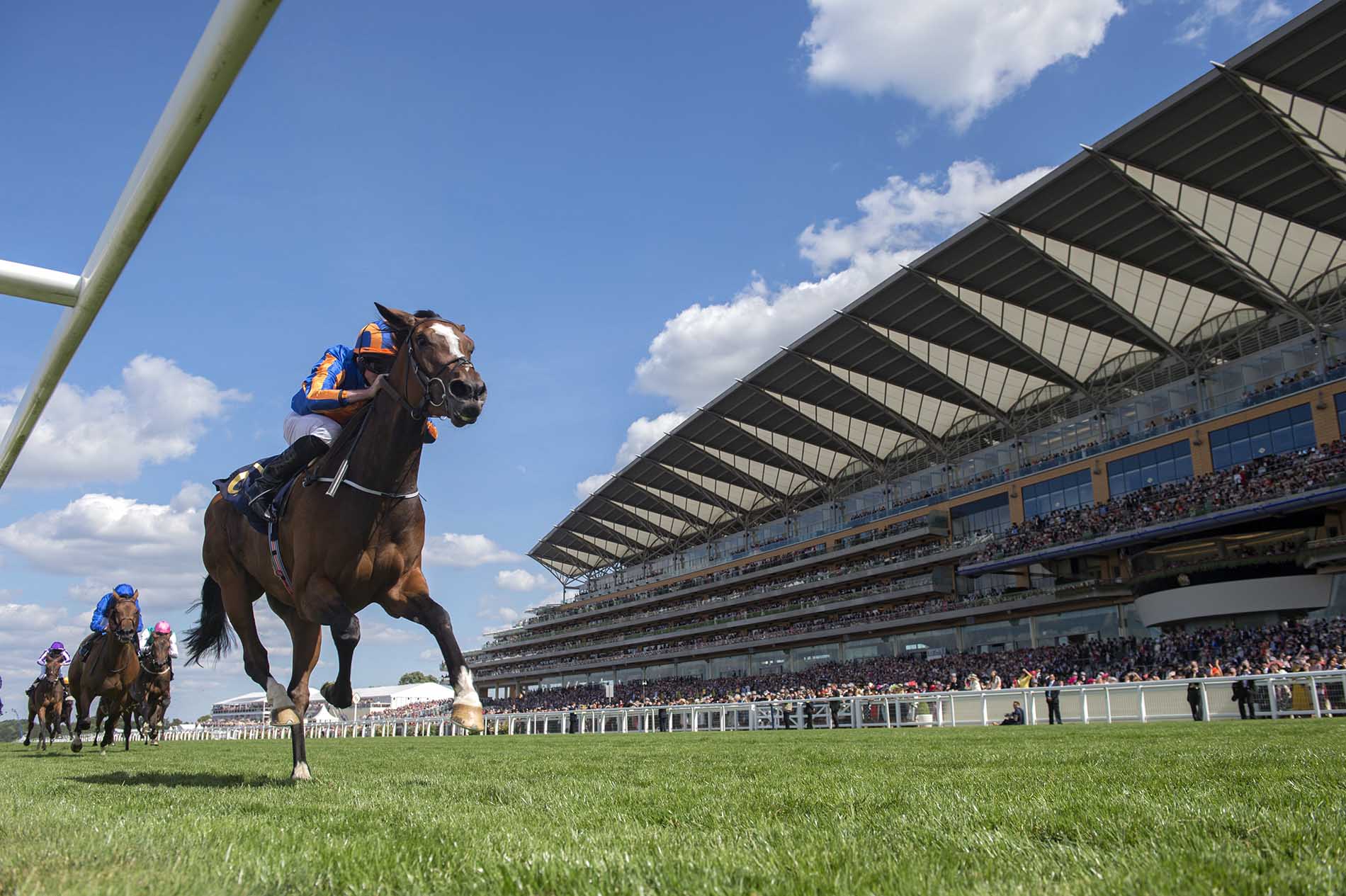 Magic Wand: top racemare is out of a Dansili mare. Photo – George Selwyn

There have also been several Graded stakes winners, including the Group  1 winner Danon The Kid, out of Dansili mares in Japan, where the emphasis is so often on firm ground.

The European Group 1 winners out of Dansili’s daughters include Classic winners Chicquita, Channel and Galileo Chrome, as well as Dream of  Dreams, Astaire, Aspetar, Nezwaah and Ice Breeze. Others worth a mention include Snow Sky, Glorious Journey, Time Test and Lope Y Fernandez – the last two now attracting attention at the National Stud in Newmarket.

Dansili has also enjoyed worldwide success as a sire of sires,

Dansili has also enjoyed worldwide success as a sire of sires, with at least eight of his sons – Harbinger, Zoffany, Rail Link, Remote (in Argentina), Strategic Prince, Zacinto (in New Zealand), Delegator and Bated Breath – having a Group or Grade 1 winner to their credit. The most prolific of these has been the Shadai-based Harbinger, with the Nassau Stakes winner Deirdre featuring among the five Group 1 winners by this runaway winner of the King George. Next in line is Zoffany, whose legacy included the 1,000 Guineas winner Mother Earth and the Group 1-winning juveniles Albigna and Thunder Moon.

Bated Breath has been doing his best to step into his sire’s shoes at Banstead Manor. Like his sire before him, he was unfortunate not to have a Group 1 success to his credit by the time he retired. Second four times at the highest level, Bated Breath missed the Group 1 target by margins of a nose, a neck, half a length and three-quarters of a length. The neck defeat came on his only North American appearance, in the 2011 Nearctic Stakes at Woodbine in Canada.

Fortunately, several of his progeny have thrived in the States, with no fewer than nine of his 25 American runners becoming black-type winners. And, as with Dansili, it has largely been Bated Breath’s daughters that have been making their mark, with all four of his American Graded winners being fillies or mares. The ex-Irish Viadera numbered the Grade 1 Matriarch Stakes among her three Graded victories, while Gift List, Simply Breathless and Tezzaray all became Graded winners after beginning their careers in Britain.

Bated Breath’s smart daughter Daahyeh also performed with credit on a visit to the States, finishing second of 14 in the 2019 Breeders’ Cup Juvenile Fillies Turf, and his son Space Traveller has also been stacking up the dollars, thanks to a second place in the Group 1 Woodbine Mile and third place in the Pegasus World Cup Turf. 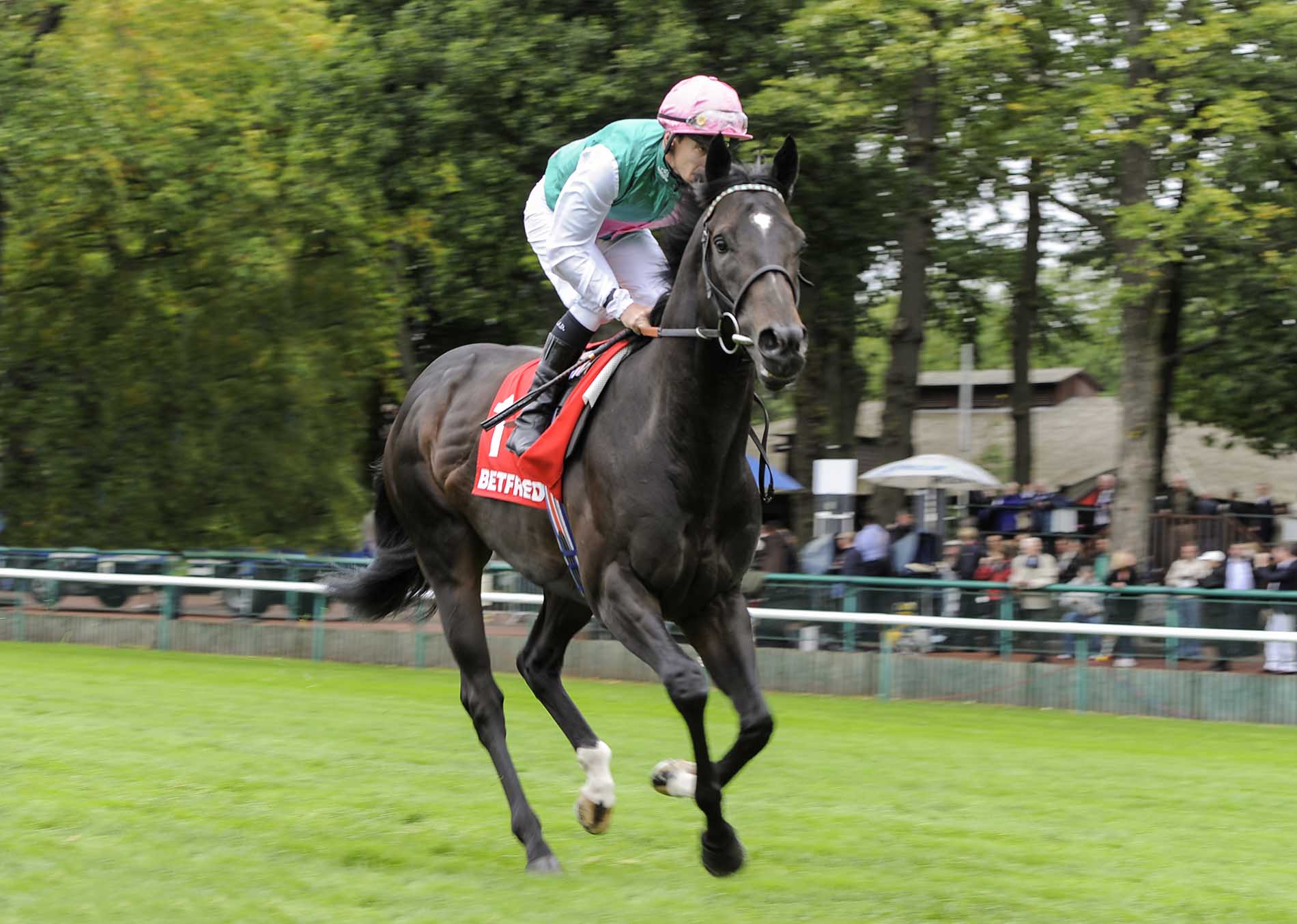 Bated Breath: like Dansili, his stock have thrived in the US. Photo – George Selwyn

Dansili’s Group 1-winning brothers have also got into the act on the American continent. Despite being subfertile, Cacique had three Group 1 winners among his 154 foals, including Slumber. Sold by Juddmonte for $200,000 in November 2014 after some very useful efforts, Slumber  proceeded to earn more than $1 million in 2015, notably emulating his sire’s success in the Grade 1 Manhattan Stakes.

Retired to stud as a nine-year-old, Slumber seemed an unlikely candidate for stallion success, especially as he is credited with only 18 named foals in his first crop and three in his second. However, his first runners include Fluffy Socks, a Grade 2 and Grade 3 winner on turf.

Champs Elysees, who ended his days covering large numbers of National Hunt mares, passed on his penchant for American turf to several of his progeny, mainly daughters. From 19 runners in the US, he was represented by the Grade 3 turf winners Renown, Suffused, Colonia and Elysea’s World,

In these days of growing emphasis on turf racing in the US, a decision was made to stand Dansili’s highest-earning son, Flintshire, in Kentucky. The fact that he has now been transferred to France after just five seasons suggests that the strategy wasn’t a success – especially when he covered only 38 mares in 2020 and a mere eight in 2021.

However, he has been represented by the smart French colt Cheshire Academy and his second crop contains Verbal. A fourlength debut winner on firm turf at Belmont Park in October, Verbal then transferred to Del Mar, where he finished in fine style to take the Grade 3 Cecil B. Demille Stakes, again on firm going.

Bred and owned by Juddmonte, Verbal is yet another reminder of how much this first-rate operation owes to Dansili, as is Sacred Bridge, another of Juddmonte’s best two-year-olds of 2021. This daughter of Bated Breath did so well in winning her first four starts that she started favourite for the Cheveley Park Stakes. Perhaps one day she will follow her Grade 1-winning sister Viadera to the States.

Up Next
Recent results underlining value of breeze-up sales