The tale of Maximum Security, who made history on Saturday as winner of the inaugural $20 million Saudi Cup in Riyadh, is one of many twists and turns.

One of the world’s richest racehorses, he was once dangled for a tag of $16,000 by connections in a claimer at Gulfstream Park. To be set loose in a $50,000 claimer is one thing; $16,000, however, is quite another. Yet by a remarkable coincidence, that same race, run in December 2018, also contained another subsequent Grade 1 winner in Math Wizard. As it was Maximum Security was never challenged to win by close to ten lengths.

Owners Gary and Mary West and trainer Jason Servis were obviously extremely lucky that no one went after Maximum Security that afternoon in Florida. But then it’s questionable how many buyers would have been lured into a colt in possession of a background then deemed so unfashionable.

By that stage, his sire New Year’s Day had been exported to Brazil and his dam Lil Indy, a daughter of the nondescript A.P. Indy stallion Anasheed, sold to Korea. Neither had much age on them. New Year’s Day departed Hill ’n’ Dale Farm in Kentucky in the autumn of 2018 at the age of seven with two crops of 114 foals running for him. Just weeks later at the Keeneland November Sale, 11-year-old Lil Indy sold for $11,000 in foal to New Year’s Day to the Korean-based Triple Crown.

The colt they left behind would change all perception. From his successful claiming debut, Maximum Security rattled off a winning spree that culminated in a wide-margin victory over Bodexpress and Code Of Honor in the Grade 1 Florida Derby. 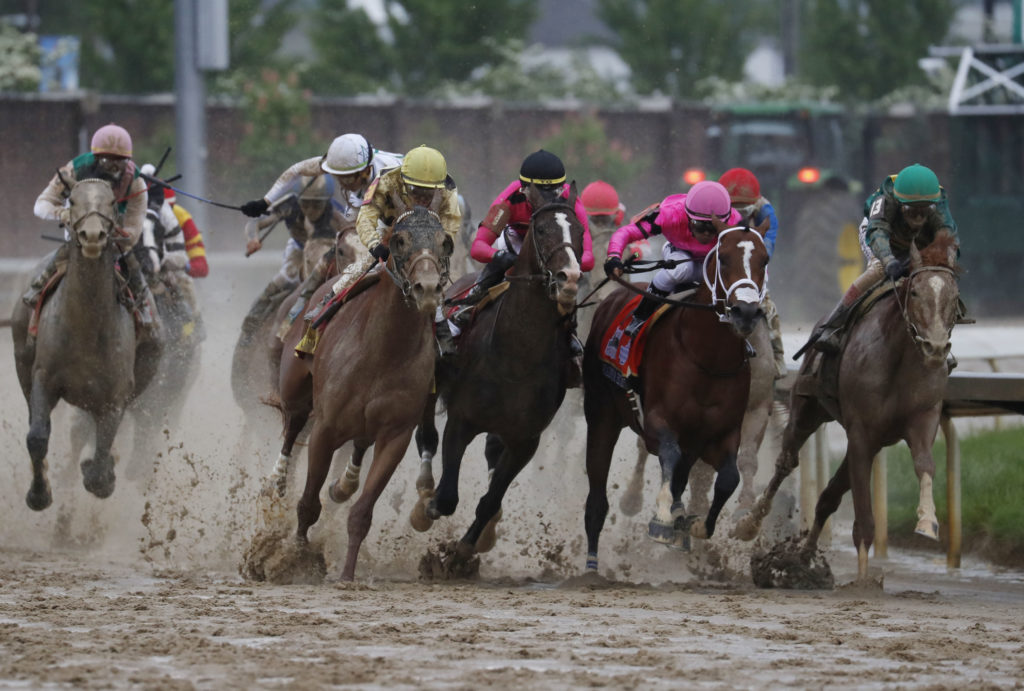 From there, he won the Kentucky Derby, only to lose the race in the stewards’ room; only the second horse to be deprived of victory in Run For The Roses via steward intervention after Dancer’s Image in 1968, controversy over that decision still rages on today.

Nevertheless, Maximum Security went on to further underline his superiority against his peers. He took the Grade 1 Haskell Invitational at Monmouth Park at the expense of Mucho Gusto and returned from a colic scare to land the Grade 3 Bold Ruler Handicap at Belmont Park and Grade 1 Cigar Mile Handicap at Aqueduct. As such, he was named as North America’s champion three-year-old colt of 2019.

On January 1 this year, it was announced that Coolmore had purchased a 50% share in the colt from the Wests and that Maximum Security would stand at their Kentucky arm, Ashford Stud in Kentucky, upon retirement.

Thus, it was in Michael Tabor’s colours that Maximum Security made his seasonal debut in Saturday’s Saudi Cup and he duly justified favouritism, turning in a brave effort under Luis Saez to run down Mucho Gusto before holding off the late charge of Midnight Bisou. In the process, he brought his earnings to $11.8 million.

All the while, both his sire and dam have undergone a significant change in circumstances.

Maximum Security is chilling out this morning. What a day he had yesterday 👏

In the aftermath of Maximum Security’s Kentucky Derby ‘win’ it was confirmed that New Year’s Day’s Brazilian owner, Stud Eternamente Rio, had sold the son of Street Cry to the Yoshida family’s Shadai Stallion Station in Japan for a reported $5 million.

As a Grade 1 winner himself and now proven Grade 1 sire, he should hold strong appeal to Japanese breeders, especially as he is the only son of leading sire Street Cry based in the country, making him an outcross to Sunday Silence blood.

The story of New Year’s Day is illustrative of the harsh realities facing today’s commercial market. Bought by the Wests through agent Ben Glass for $425,000 as a yearling from his breeder Clearsky Farm and turned over to Bob Baffert, he broke his maiden at Del Mar before making a major leap into Grade 1 company in the Breeders’ Cup Juvenile, a move that was vindicated with an authoritative win over Havana.

Greater riches beckoned, only for New Year’s Day to sustain a non-displaced chip on his left hind sesamoid that necessitated his retirement several weeks later.

New Year’s Day joined the roster at Hill ’n’ Dale Farm for the 2014 season at a fee of $12,500. Only 49 foals emerged out of that first crop, among them just one stakes winner in Grade 3 scorer Bourbon Resolution. Maximum Security hails from his second crop of 65 foals that contains a healthier total of eight stakes winner overall.

With the assistance of the Wests, Hill ’n’ Dale had launched several lucrative incentives to entice breeders into using New Year’s Day – notably the ‘Team West Guarantee’ – but by 2017, his fee had dropped to $3,500 and his book comprised 32 mares.

In 2018, he covered just 25 mares, making his sale out of the country to Luis Felipe Brandão dos Santos’ Stud Eternamente Rio understandable, especially against the backdrop of today’s unforgiving market.

As for Lil Indy, she was repatriated by SF Bloodstock prior to the Kentucky Derby alongside her New Year’s Day foal, a filly bred by Kim Yeong Nam. Both were subsequently catalogued to the Keeneland November Sale where Lil Indy made $1.85 million in foal to Quality Road to Jane Lyon’s Summer Wind Farm. The foal – the only Korean-bred catalogued over 12 sessions of selling – failed to sell at $190,000.

Lil Indy, a two-time winner, was originally purchased by the Wests through Ben Glass for $80,000 in January 2014 with the intention of supporting New Year’s Day. Once a mere $2,200 yearling whose sire Anasheed had been dispatched to Russia in 2010, much of Lil Indy’s appeal at the time of her purchase would have emanated from the exploits of her top-class half-brother Flat Out, who had retired only weeks before to Spendthrift Farm as the winner of 11 races including the 2013 Cigar Mile Handicap and two renewals of the Grade 1 Jockey Club Gold Cup at Belmont Park.

The pair were out of minor stakes winner Cresta Lil, a daughter of Cresta Rider whose family goes back to Omayya, the dam of 1950 Spinaway and Matron Stakes heroine Atalanta. Omayya is also the ancestress of 1988 Irish Oaks dead-heater Melodist and popular stayer Americain.

Maximum Security is the fourth foal out of Lil Indy after his elder brother Coastal Highway, a four-time winning claimer, and half-brother Prince Tito (by Pioneerof The Nile), a multiple winner of $145,000. She also has a two-year-old colt by Flashback, another former West colour-bearer.

Had Maximum Security come a year earlier in New Year’s Day’s stud career, then he would have headed into the 2020 season in Kentucky as one of the state’s most popular sires. But the market, especially in that lower range, has become especially brutal and Maximum Security, even as a second-crop son, came just too late.

As it is, Kentucky breeders still have access to New Year’s Day’s Grade 2-winning half-brother Mohaymen at Shadwell Farm – a son of emerging sire of sires Tapit. His first foals received some good reviews at last year’s winter breeding stock sales, where they sold for up to $145,000 off a $7,500 fee. 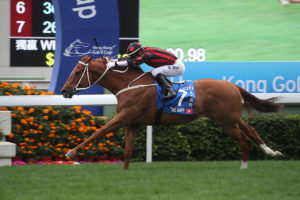 Up Next
Archipenko to the fore again