Archipenko to the fore again

The seven-year-old, bred by Kirsten Rausing in Newmarket, tends to wear his heart on his sleeve and having assumed his customary role at the head of the pack, kicked clear under Joao Moreira and was always doing enough to hold the late challenge of his stablemate, the Irish-bred favourite Exultant.

It was a second win in the race for Time Warp, a former Listed winner for Sir Mark Prescott who had smashed the course record when successful in 2018 having previously overcome a strong international field to win the 2017 Group 1 Longines Hong Kong Cup. However, Sunday’s victory was his first since November 2018, when a win in the Group 3 handicap came at the expense of his younger brother Glorious Forever.

“With 200 metres to go I could see Exultant coming on my outside,” Moreira told the Hong Kong Jockey Club notes team following Sunday’s 25/1 success. “Zac was screaming and shouting, making sure his horse was attacking the line, and he was coming, but fortunately my bloke just didn’t give up. He’s proven to be a very good horse, he’s won some of the best races in town and he’s proved that he’s still got it!”

In Time Warp and Glorious Forever, himself responsible for securing a big family double when returning his own victory in the 2018 Longines Hong Kong Cup, the Hong Kong scene continues to offer poignant reminders of the void left in British breeding by the death of their sire Archipenko.

Although a Group 2 winner for Aidan O’Brien, the son of Kingmambo by coincidence also enjoyed his finest moment in Hong Kong when saddled by Mike de Kock to win the 2008 Queen Elizabeth II Cup.

He stood at Lanwades Stud in Newmarket until his death in late 2017 at the age of only 13 due to a rare form of lymphoma. At the time, he had five crops of racing age running for him, none of which comprised more than 60 foals. But they were a noteworthy group headed by Madame Chiang, the highlight of Archipenko’s first crop who carried Rausing’s colours to victory in the 2014 QIPCO British Champions Fillies and Mares Stakes.

Unsurprisingly, the exploits of Time Warp and Glorious Forever have greatly enhanced his standing in Hong Kong, where his representatives also include the British-bred Group 3 winner Flying Thunder; his younger brother made 425,000gns to the Hong Kong Jockey Club at last year’s Tattersalls October Sale.

Race record aside, one of the most appealing aspects of Archipenko was his pedigree, which was stacked full of racing royalty and influential stallions. Bred by Eagle Holdings, he was out of the Grade 1-placed Bound, by Nijinsky, and therefore a half-brother to Liable, the dam of Breeders’ Cup Classic winner Blame.

More importantly, however, he was a grandson of blue hen Special, a Forli sister to Thatch who forged an indelible legacy as the dam of Nureyev and granddam of Sadler’s Wells and Fairy King. 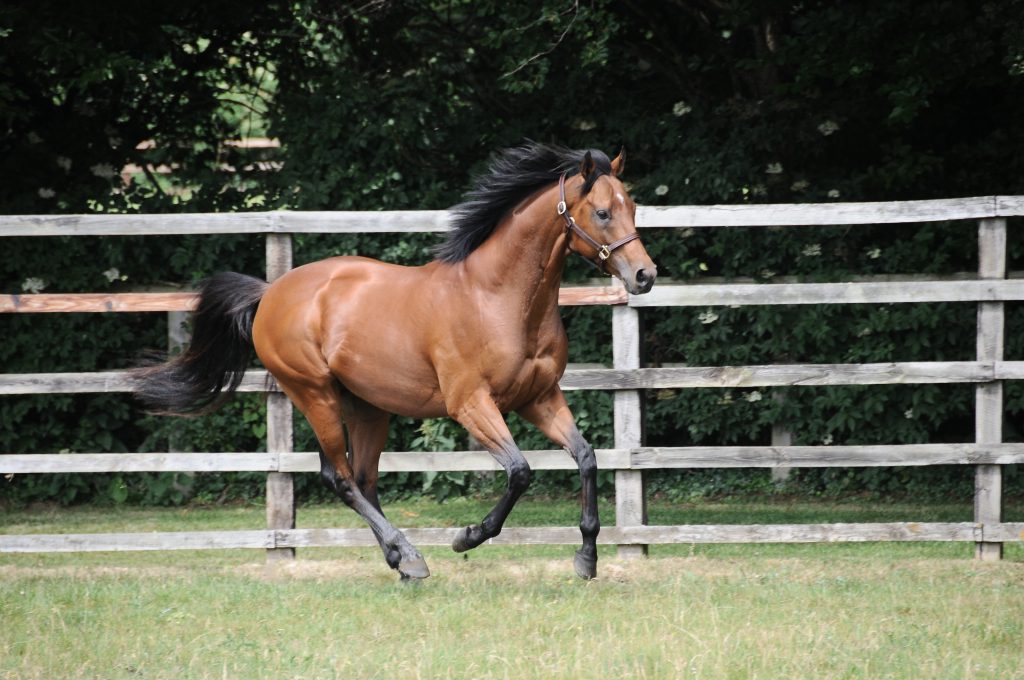 Various breeders have long embraced the idea of inbreeding to Special and in Archipenko, who was already inbred to the great mare as yet another successful example of the partnership between Kingmambo and Sadler’s Wells, the window was there to reinforce the pattern.

Indeed Archipenko went on to react well to such a strategy; each of his Group 1 winners in the northern hemisphere – Madame Chiang, Time Warp and Glorious Forever – each descend directly from Special while others, such as Listed winner Russian Punch (dam by Beat Hollow and second dam by Nureyev), Group 2-placed Clonard Street (third dam by Sadler’s Wells) and Group 3-placed Marabea (dam by Theatrical), are also inbred.

Madame Chiang, Time Warp and Glorious Forever each descend from the same branch of the Special family, that belonging to the mare’s first foal, Kilavea.

A daughter of Hawaii, Kilavea won her only start for John Dunlop by a wide margin and sent by owner Magnus Berger to Lanwades’ Niniski in his first season, went on to produce the 1985 Lingfield Oaks Trial winner and Yorkshire Oaks runner-up Kiliniski for Sheikh Mohammed.

Kiliniski was naturally an important advert for the Lanwades-based Niniski during that 1985 season and in 1997 she was to join Lanwades herself when picked up for just $2,000 as a barren 15-year-old at the Keeneland January Sale. Less than a decade later, she had provided Lanwades with a Listed winner in Kiswahili as well as the winning Robe Chinoise, herself dam of Madame Chiang.

Time Warp and Glorious Forever, meanwhile, are members of the line descending from Kilavea’s 1981-foaled daughter Puget Sound, by High Top. For a time, this line was developed to some effect in Brazil, where Puget Sound’s granddaughter Hot Thong won the 1997 Group 3 Grande Premio Henrique de Toledo Lara.

Subsequently sold to Lanwades and shifted to the northern hemisphere, she went on to foal the Listed-winning miler Heat Of The Night (by Lear Fan), herself the granddam of Time Warp and Glorious Forever.

What makes the pair’s background particularly interesting is that their dam, the winning Here To Eternity, is a daughter of the Kentucky-based Stormy Atlantic, a direct descendant of Special’s granddam Rough Shod via her champion daughter Moccasin.

Hill ’n’ Dale Farm’s Stormy Atlantic is probably best known in Europe as the sire of Ed Walker’s Group 2 winner Stormy Antarctic but he has also been a fine servant for Rausing, not just as the sire of Here To Eternity but also Kinetica, another member of the Kilavea family who won the 2011 Listed Star Stakes at Sandown.

Time Warp and Glorious Forever are the first two foals out of Here To Eternity and her sole winners to date. She also has a two-year-old Oasis Dream filly named Heat And Dust in training with Sir Mark Prescott and visited Galileo last year.

Archipenko’s final crop turned two this year. The group comprises just 25 foals but there are some interesting youngsters among them, notably the Andrew Balding-trained Nebulosa, whose winning dam Nimiety is another Stormy Atlantic mare from the Kilavea clan, and a colt out of the winning Helvetia, a daughter of Archipenko’s close relation Blame. 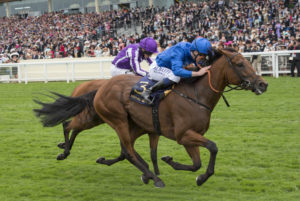