TRM Breeder of the Month 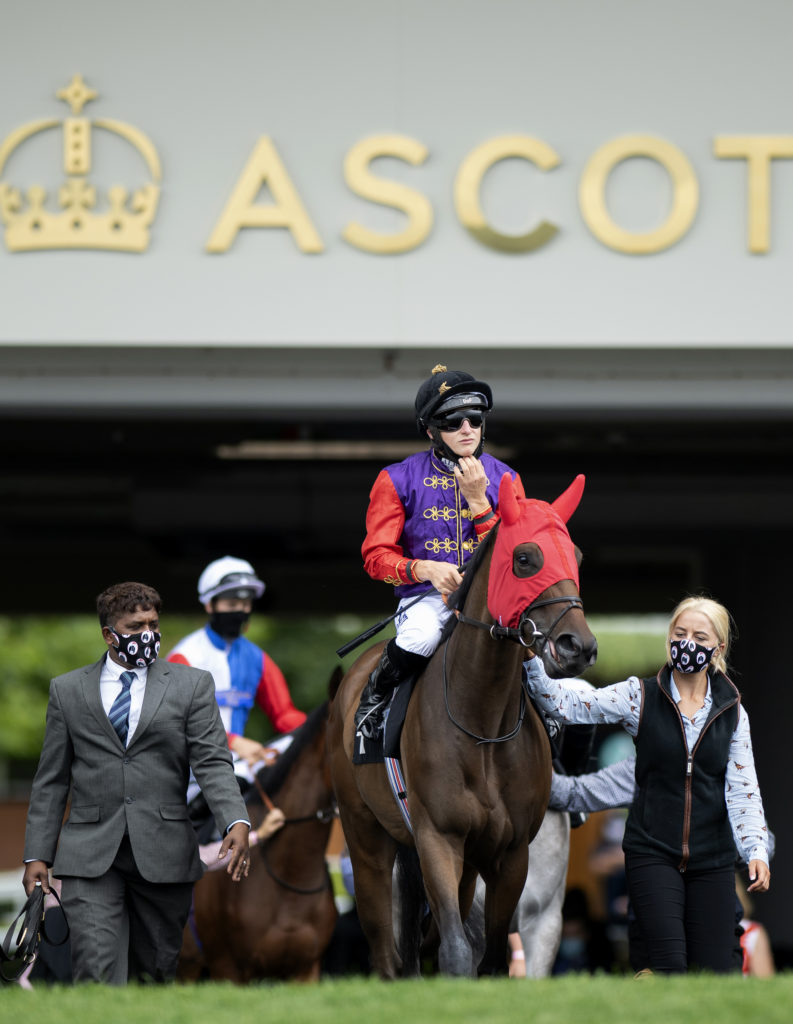 Seven British-bred winners of eight races, and another foaled in Japan who won twice, resulted in Her Majesty the Queen being named TBA Breeder of the Month for July.

Handicap wins for Wink Of An Eye at Sandown and Goodwood book- ended the month, and in between there were two victories within a fortnight for Deep Impact’s daughter Portfolio and singles for Light Refrain in the Group 3 Summer Stakes at York, fellow three- year-olds Chalk Stream, Encourage, Tynwald and debutante Stimulate, and the two-year-old Reach For The Moon.

John Warren, who became the Queen’s bloodstock and racing adviser following the death of his father-in-law Lord Carnarvon in September 2001, reacts with understandable delight.

“I can’t think that Her Majesty has ever had such a successful month as a breeder with horses who have raced in her own colours, at least numerically, and certainly not in the time I’ve been associated with the Royal Studs,” he says.

“She gets such pleasure and enjoyment out of any winner, big or small. People ask me why the Queen is so fascinated over having, say, a winner midweek on a small track, and I say it’s a bit like having a child who’s managed to overcome challenges, been reared correctly, and actually achieved something. So, instead of getting a D grade at school, it’s got a C.

“Tynwald, who was unbeaten in his first two novice races at Bath, is an example. He had some challenges and was a gelded three-year-old before he raced, but the Queen is so wonderfully patient and never puts any pressure on the trainers.

“He’s gone through the hoops and managed to get a C grade. Now the question is whether he can improve to get a B. He’ll probably never manage an A on the Flat, although one day he might get an A over hurdles.”

The July crop of winners could not have come at a more opportune time, given that the Queen will shortly sit down with Warren to discuss next season’s mating plans for the Royal Studs’ broodmare band.

He explains: “Every late-August or early-September, whilst the Queen is in Scotland and has a bit more breathing space for herself, I go up with a proposal. We’ll already have done some preparatory work, because we have various benchmark meetings, such as one at Sandringham in July, when we look at all the young stock. We know the three-year-olds, who are relatively exposed, and the two-year-olds, who are beginning to come through, and it gives us a good handle on the mares’ yearlings and foals at foot.

“The Queen has a tremendous memory for her horses and knows the families from way back, so she can flag up their traits, but she also reads the Racing Post every day and is astutely aware of what stallions are becoming capable of.

“It would be very easy to say, ‘Let’s send all the mares to Dubawi, or whoever the current star is,’ but because the Queen has a broad interest, it fascinates her when a new potential stallion comes along.

“In principle we have tried, where we can, to mate to proven stallions, but with around 20-25 foals being born every year it’s fun to have a broad spread of stallions, and that’s what the Queen appreciates.”

Familiarity is a trait of the Queen’s breeding programme. For example, four of the July winners – Chalk Stream, Reach For The Moon, Tynwald and Wink Of An Eye – are from the immediate family of Phantom Gold, her winner of the 1995 Ribblesdale Stakes and 1996 Geoffrey Freer Stakes. Her great-grandam was the Yorkshire Oaks runner-up Amicable, dam of seven winners including the Park Hill Stakes heroine Example.

The Amicable line is one of two female families surviving from the nine the Queen inherited in 1952, the other being that of Highlight/Highclere, which goes back to Hypericum, who won the 1,000 Guineas for King George VI in 1946 and runs through to the July winners via Encourage.

“That’s the fun of it, being able to follow the pedigrees,” Warren says. “The most incredible thing is that the Queen has kept her foot on the accelerator, so that the breeding operation has kept going forward. Whereas other stud farms might have waned in development, the Queen’s have done the complete opposite, and her full encouragement pushes me to keep the pot boiling.”

Have you thought about going digital? 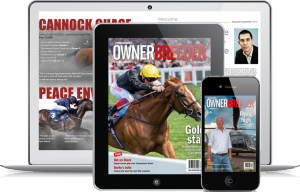