Zamindar, sire of the outstanding Prix de l’Arc de Triomphe winner Zarkava, has been retired from stud duties at the age of 19.

The Juddmonte homebred, a full-brother to Zafonic, was trained in France by Andre Fabre to win the Group 3 Prix de Cabourg and finish a close second to Bahamian Bounty in the Prix Morny.

Described by Stud Manager Simon Mockridge as “a grand servant, and a pleasure to be around”, the son of Gone West retired to Banstead Manor Stud in 1998 and spent two seasons at Marablue Farm in Florida in 2001 and 2002. Success in the Poule d’Essai des Pouliches in 2002 for his daughter Zenda prompted a return to Europe and he has remained in Newmarket for the last 11 seasons.

Zamindar has enjoyed notable success through his fillies, which include the aforementioned unbeaten dual Classic heroine Zarkava, while the Aga Khan also owned and bred his treble Group 1 winner Darjina, who, like Zenda, triumphed in the French equivalent of the 1,000 Guineas.

Juddmonte’s homebred Group 1 winners by Zamindar include Passage Of Time’s half-sister Timepiece, who won the Group 1 Falmouth Stakes for Sir Henry Cecil, while David Smaga trained Group 2 winner Modern Look, a half-sister to Foreteller. Zamindar’s affiity with the French turf continues through Coquerelle, trained by Jean-Claude Rouget to win the Group 1 Prix Saint-Alary. Among his best colts is Rail Link’s half-brother Crossharbour, the winner of three Group races for Fabre.

Zamindar is also the broodmare sire of one of this season’s most talked-about juveniles, Solario Stakes winner Kingman, while Zenda is the dam of Remote, who landed the Group 3 Tercentenary Stakes at Royal Ascot.

A statement issued by Juddmonte Farms on Monday read: “A decision was made to retire Zamindar from stud duties due to an age-related decline in his fertility.

“As both his current foal and yearling crops number over 60, there is every reason to expect [his] success will continue in the seasons ahead.”

Champs Elysees, who has made a very positive start to his stud career with 11 first-crop winners to date, including the Listed victrix Avenue Gabriel, remains at £5,000, which is also the fee for Rail Link. Bated Breath will stand his second season at £8,000 and Cacique, who covers a limited book, is at £12,000. 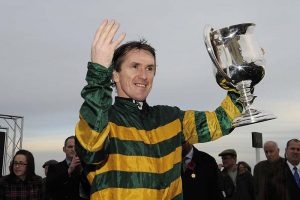